Discover the magnificent “shining city” and be amazed by Medina Azahara and its Islamic art. This archaeological complex ordered to be built by Abderraman III is a must-visit when in Cordoba. 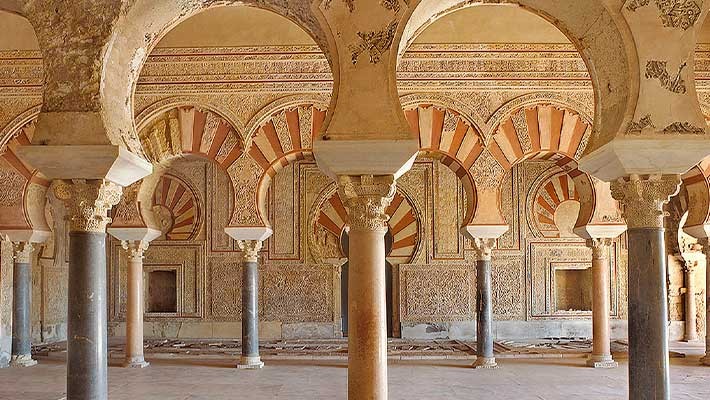 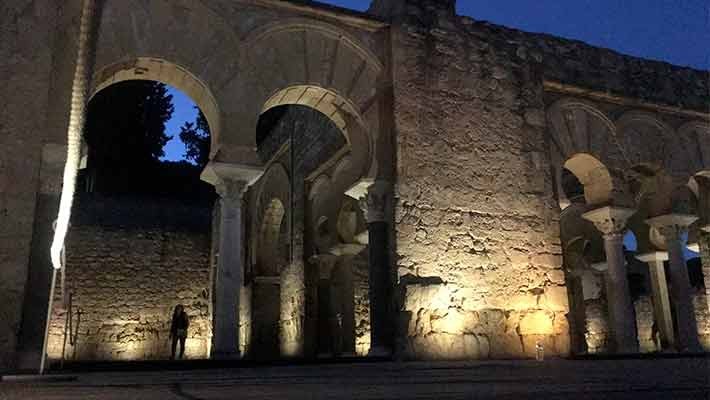 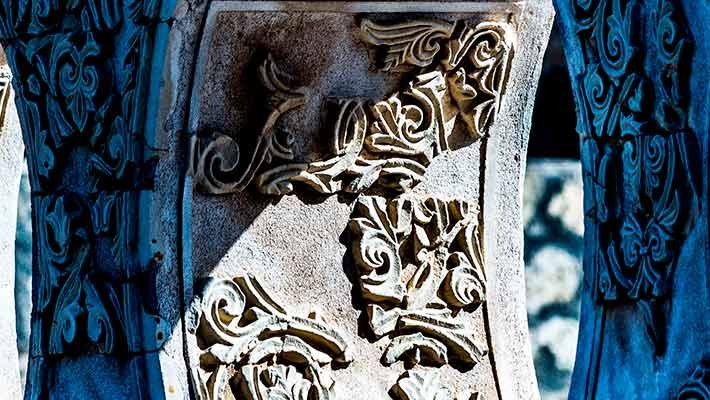 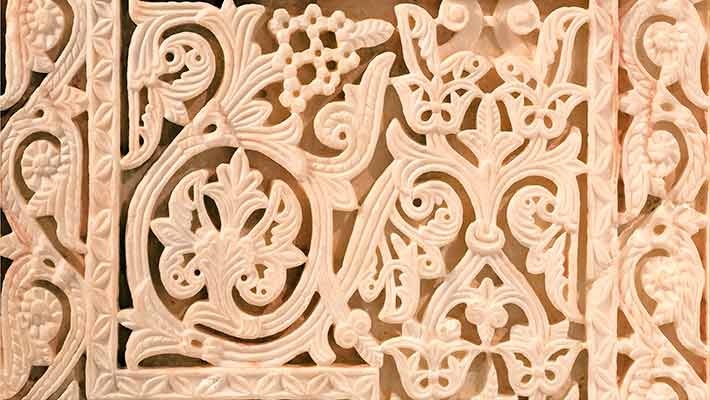 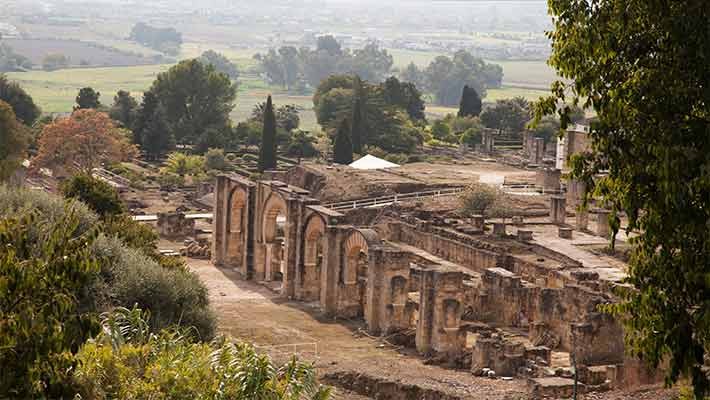 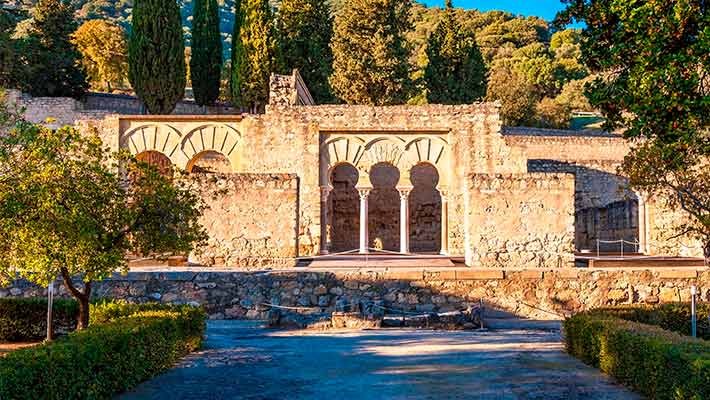 Our Medina Azahara Free Walking Tour will reveal just why its founder, the Omeya Caliph of Cordoba Abderraman III, named it “The Shining City”. The archaeological site served as royal residence and seat of the Al-Andalus government; it was erected in the year 936 and is considered today to be one of the largest and most representative places of medieval Europe as well as being part of the World Heritage sites.

The palatial city is just 8 kilometres away from Cordoba, in the foothills of Sierra Morena. During centuries it was laid to waste and forgotten until its powerful rediscovery at the end of the 19th century since it is a completely descriptive space of Islamic art which underwent no changes over the centuries. Within its walls, there was great wealth, with mercury swimming pools, golden roofs and geometrical and botanical decoration making it an ideal place for philosophers, caliphs, militaries and princes of the time.

On our guided visit, wander around the streets and hallways that were home to the former Arab civil and military administration; travel back in time to admire the ruins of the guardians and servants quarters, mosques, royal towers and halls, pool or the large portico making this palace a majestic archaeological complex.

In addition, in the company of our Spanish speaking guide, we will take a stroll through the Interpretation Centre of Medina Azahara, which was recognized in 2012 as being the “European Museum of the Year” an ambitious and representative monument composed by exhibition and educational halls, an auditorium, a library and much more.

Don´t miss the chance to discover the pearl of Cordoba and book a place on our Medina Azahara Free Walking Tour.

Time
You can check it on the calendar (on the right side) or on the Book button!
Accessibility
The route is not suitable for people with reduced mobility. Anyway, you can enjoy the extensive array of activities that we offer!

In the Visitor Center, Medina Azahara

How to book?
Limited tickets. Do not miss it! Choose the date on the calendar and fill in with your details to complete the booking. Immediate confirmation.
Planning an activity for more than 6 people?
Groups of 6 adults or more are subject to a €8 per adult charge. The maximum allowed is 3 children per adult. You may also consider booking a private tour to get your own private guide. For further information here.
Do the tours run despite bad weather conditions and public holidays?
Affirmative! Otherwise we will contact you in advance to inform you about it.
Can I modify or cancel my booking?

Best of Cordoba Tour with tickets 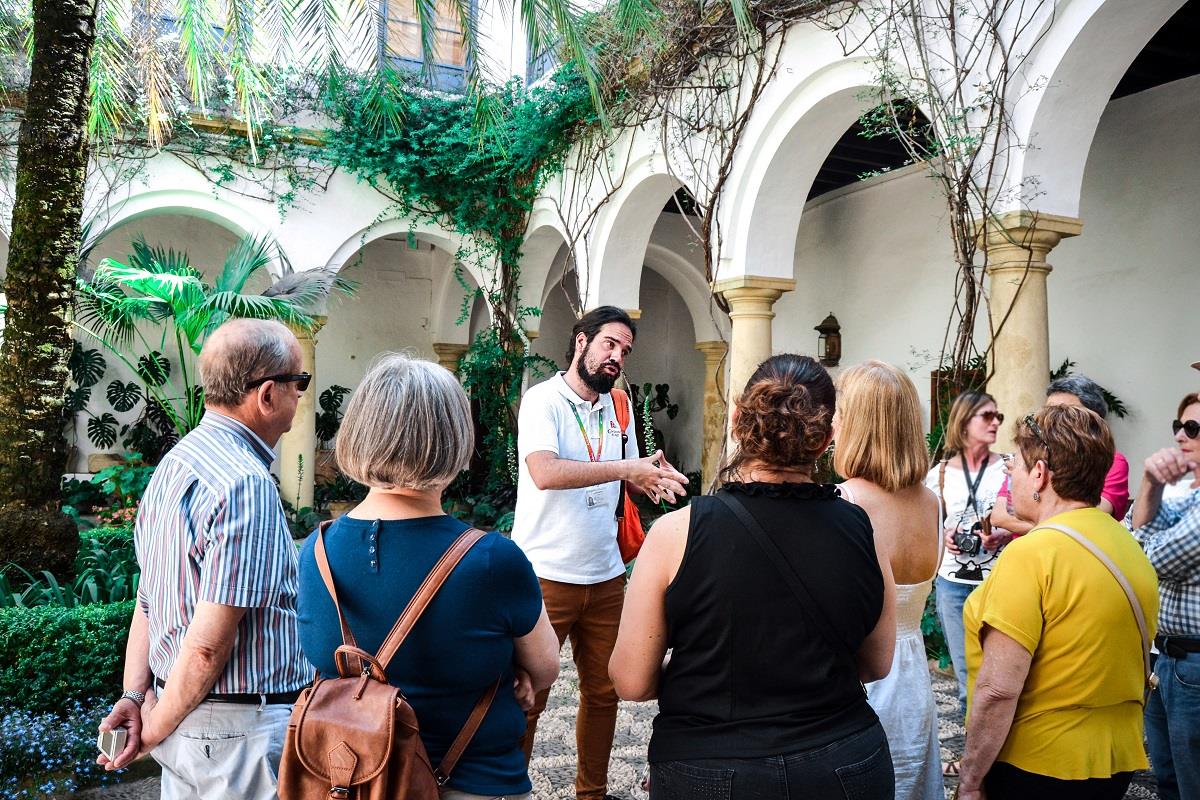