Come and visit one of the most beautiful white villages up in the mountains and marvel at its houses tucked away under the rocks, its Nasrid castle and its landscapes. 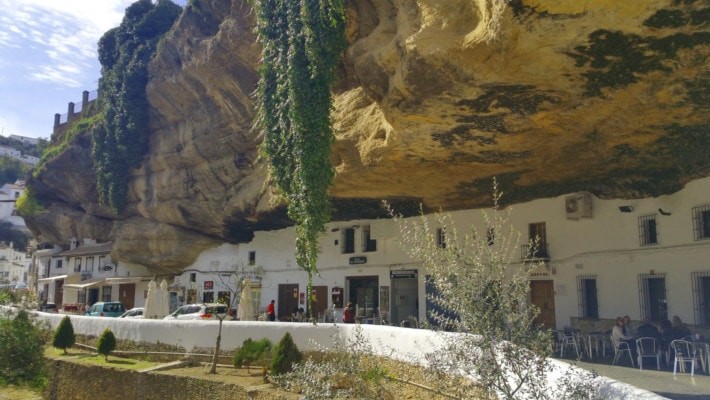 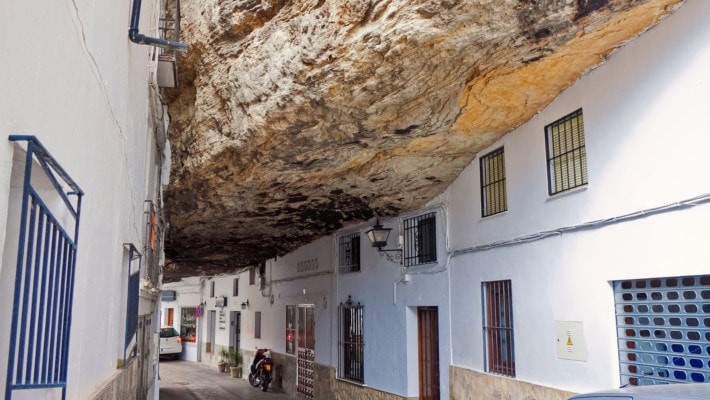 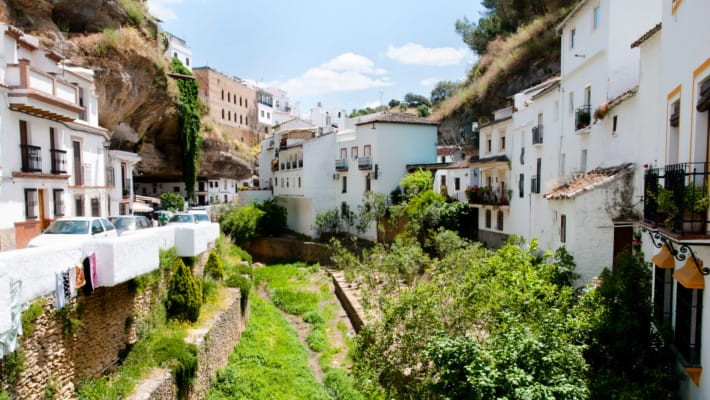 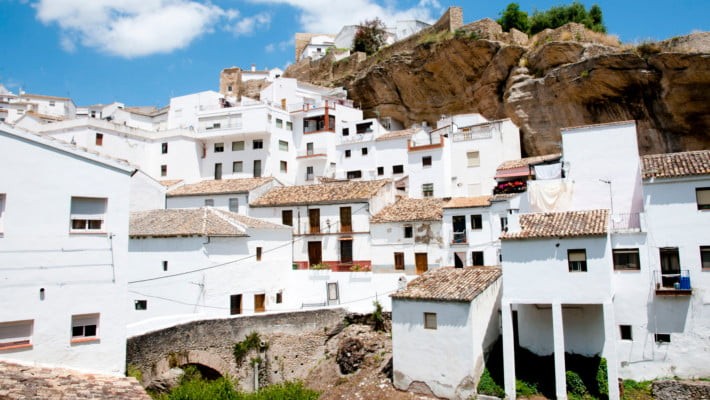 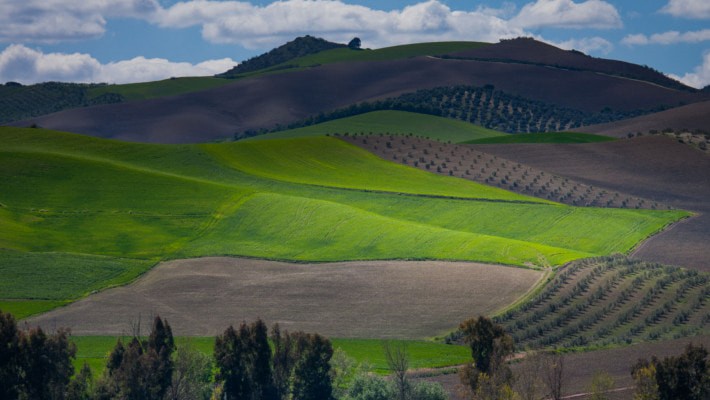 Would you like to see the unique “shelter under the rock”? Do you know what that is? Well, come on our Setenil de las Bodegas Free Walking Tour and you will discover these special dwellings located in one of the prettiest and best preserved towns along the famous Route of the White Towns.

We will start by going on a stroll along the town to admire the “shelter under the rock”, a unique type of dwelling that is different from the typical cave houses found in the south east of Spain, these are not built on the rock but instead are built by using the rocky walls. Don´t miss the streets Caves of the Sun and Caves of the Shadow, that have these peculiar names because of how the rocks are positioned, some always have the sun shining down on them and others never do. Even in winter you´ll be able to see stagaltites in the Shade Caves. However, you are sure to come across more caves in other streets.: Herrería, Mina, Jabonería, Cabreriza, Triana and Caves of San Román.

Apart from these peculiar houses built under the shelter of the rocks, you´ll also have the chance to visit the 12th century Nasrid Castle of which currently you´ll only be able to see the Homage Tower, the water tank and other remains of old medieval walls. Next to the tower, marvel at the stunning views of the landscape from the El Lizón viewpoint. This castle was one of the most important on the border with the Nasrid Kingdom of Granada that showed quite some resistance when faced with the Crown of Castille on seven occasions; in fact, it is said that it is from these facts that the name Setenil derives from, from the Latin “septem nihil” that means “seven times nothing”.

Our English speaking guide will also show you some religious architecture by taking you around Our Lady of the Incarnation Church, a mixture of Moorish and Gothic styles or to the numerous hermitages that are spread out across the town. It is not at all surprising then that this beautiful town which became independent from Ronda in the 17th century was declared a Historic-Artistic Site. So, what are you waiting for to enjoy this outstanding Setenil de las Bodegas Free Tour.

Every day except Sundays

Planning an activity for more than 5 person?

Groups of 5 adults or more are subject to a €5 per person charge. You may also consider booking a private tour to get your own private guide. For further information here.

This is another message about cookies! Everyone eats cookies, but we use them to improve the service and personalize your experience. OK | More information