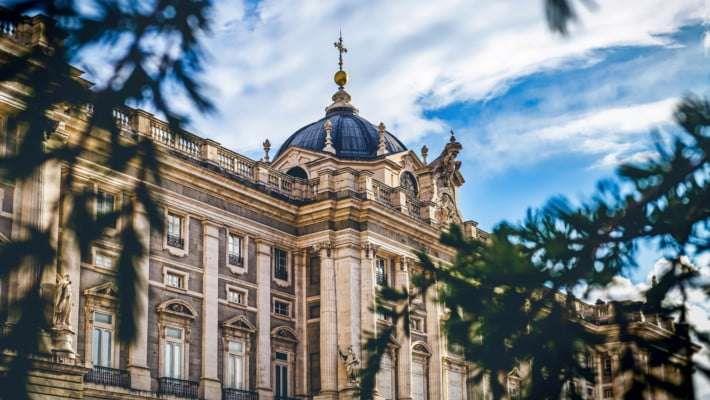 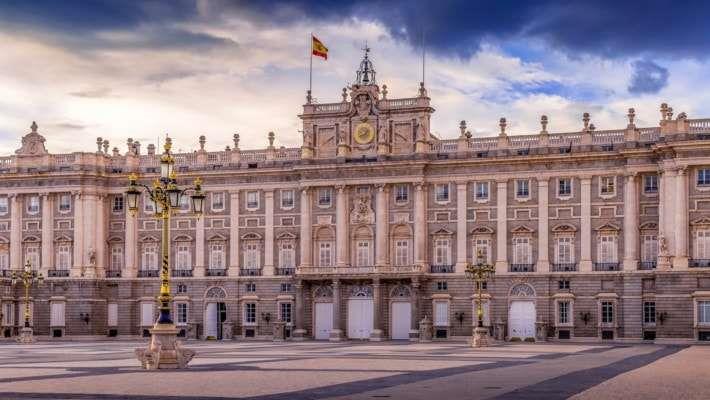 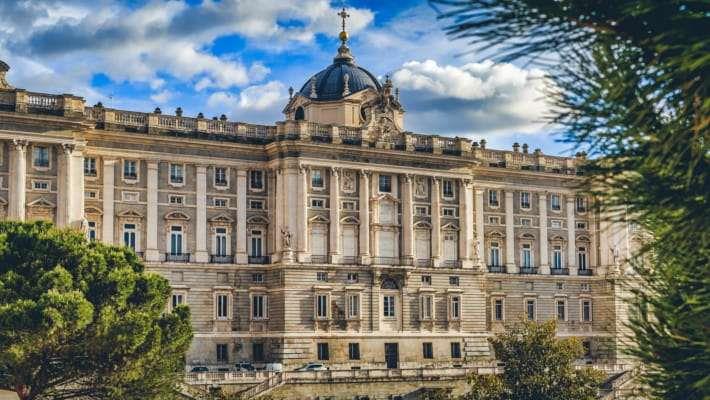 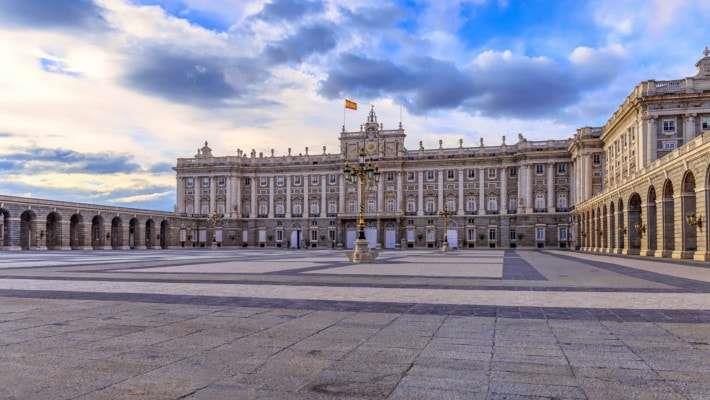 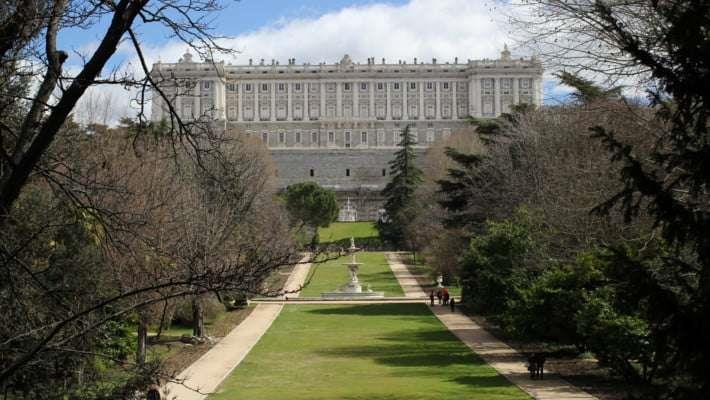 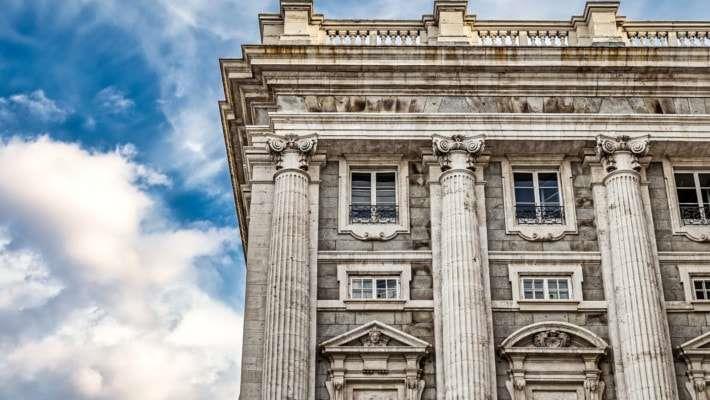 Things to do Royal Palace of Madrid Guided Tour

Would you like to explore the largest palace in Western Europe? Book our Royal Palace of Madrid Guided Tour and get lost in the official residence of the King and Queen of Spain, even largest that Buckingham and Versailles palaces.

You will be accompanied by an English speaking guide exclusively for you and the people you want to share this experience with: your family, friends or workmates. You will also have the opportunity to unfold the history of this palatial jewel and learn everything about its origins in the Royal Alcazar of Madrid, the ancient Muslim fortress that was burned in times of Felipe V. Did you know that "The Maids of Honour" was one of the few paintings that could be recovered after the fire?

You can also wander along its beautiful and luxury chambers, and its stunning gardens. This impressive monument also hosted the royal dynasties of Trastamara, like Henry III of Castile and John II of Castile; Austria, like Charles I or Philip II; and the Bourbons, like Philip V. However, the current King and Queen of Spain prefer to live in Palace of Zarzuela.

After admiring the beauty of its baroque architecture and the impressive gardens, such as Campo del Moro, with British influence; or the Sabatini Gardens, with French design, you will also have the chance to behold some royal collections of paintings, sculptures, furniture, watches, porcelain, tapestries and jewels.

Our Royal Palace of Madrid Guided Tour also brings you the most curious stories which tell this palace was Republican, thanks to the president Manuel Azaña, as this was his residence during the Second Republic, when it was renamed as National Palace. In fact, there is nowadays a room still known as “Manuel Azaña’s office”. Also this palace was the place where the accession agreement was signed between Spain and the European Union. We are ready to take you to a world of beauty and history, do you fancy joining us?

Highlights to see in Royal Palace of Madrid Guided Tour

Availability and starting time
Check your date on the calendar on the right, or on the Book button!
When to book?
You can reserve up to before the activity

Plaza de Isabel II (next to the Opera metro exit)

Super safe route! COVID-19 efforts
Our route takes the recommendations and key considerations of security and protection against Coronavirus.
How to book?
Limited availability. Book as soon as possible to guarantee availability. Choose date and fill in the required fields. Secure and protected payment. You will immediately receive your booking confirmation.
Is the interior of the monuments visited?
Exterior and interior of most named sites
Is the tour adapted for people with reduced mobility?
Fully adapted
Does the tour leave when it rains?
It always comes out even if it rains
Are animals allowed?
Not
Activity recommended for children?
Yes, families are welcome 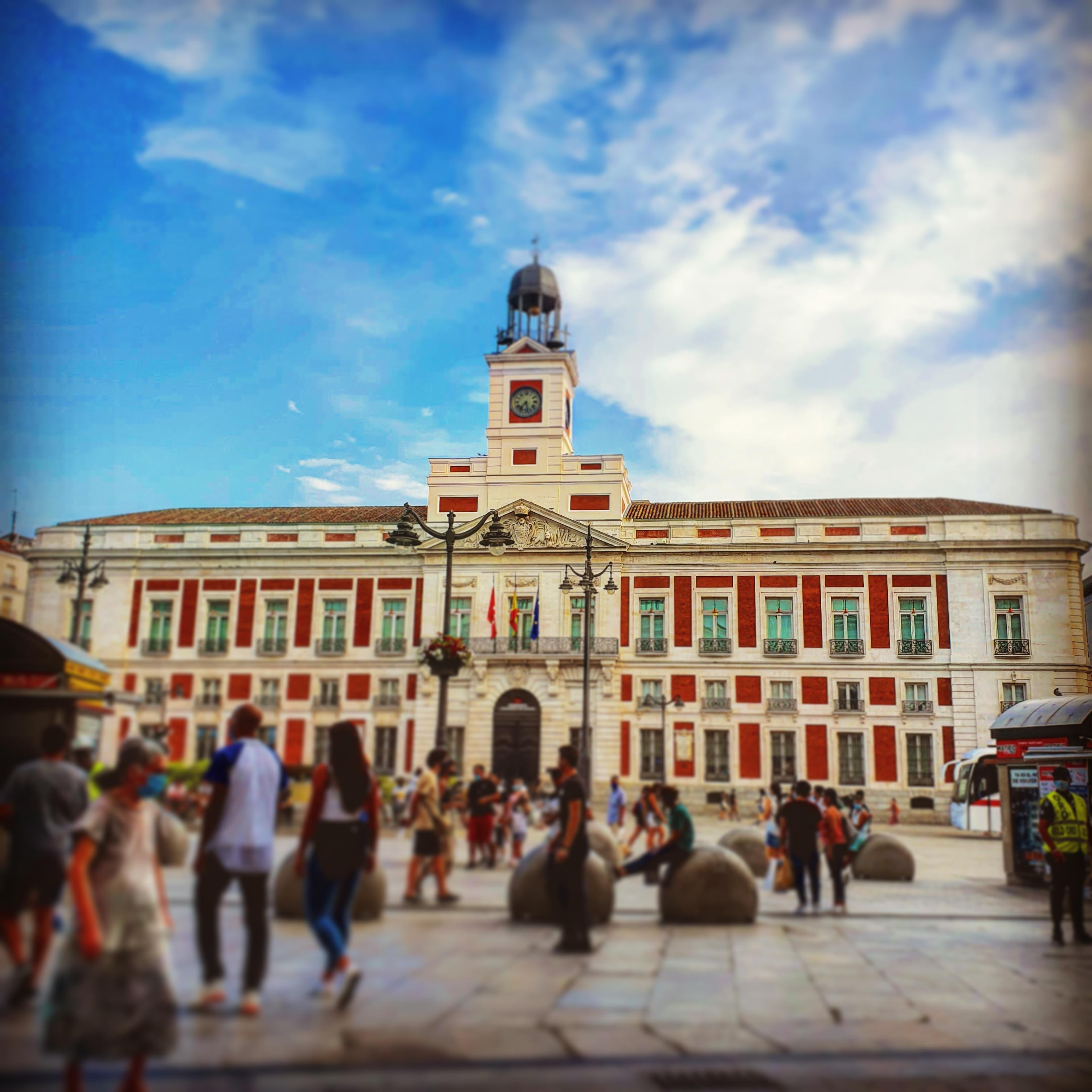