We propose you a short trip full of magic that allows you to know the most important monuments, discover and feel the history and legends of Granada. 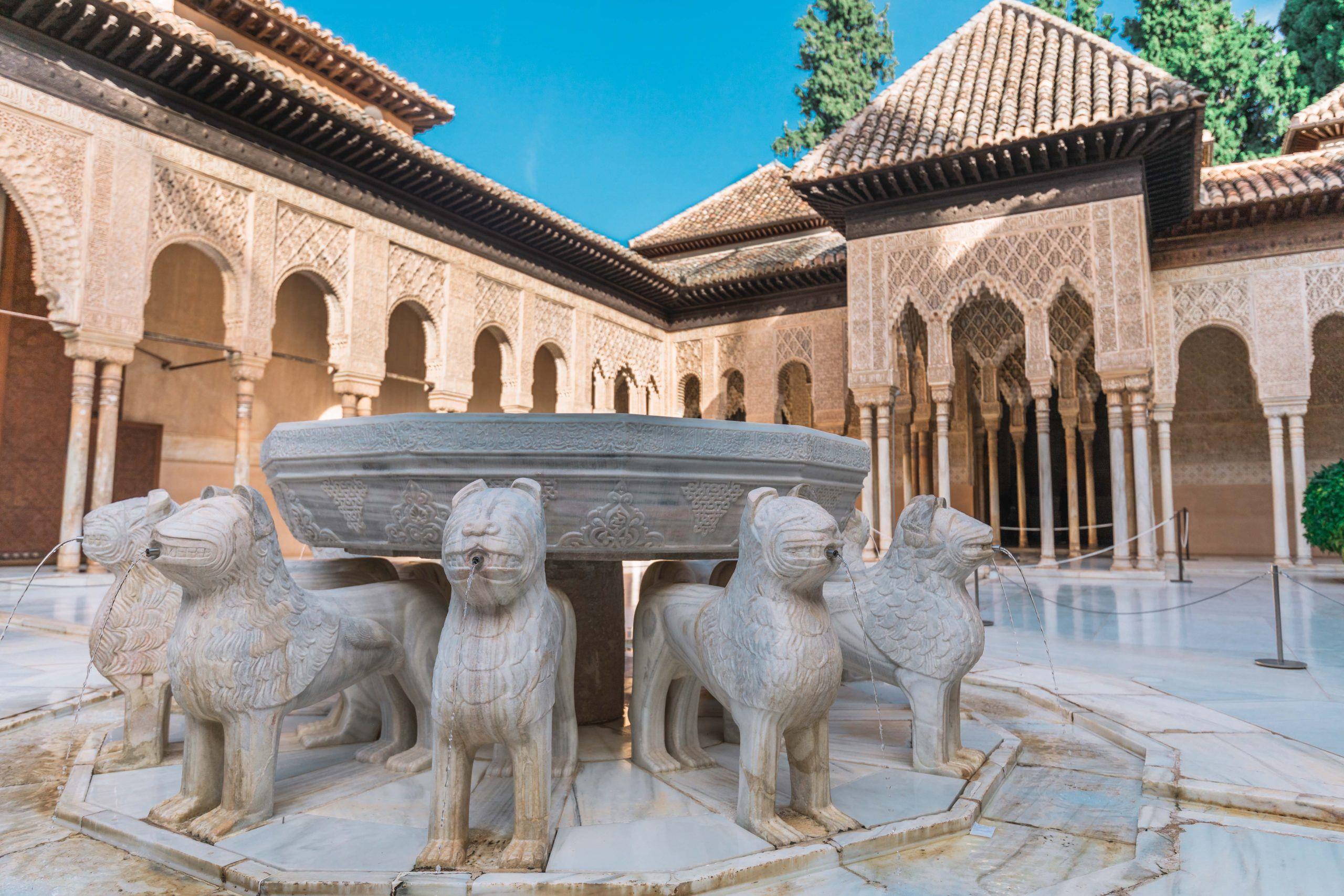 Things to do Trip 4 dyas in Granada

"Give alms, woman, there is nothing in life, like the pain of being blind in Granada," wrote the Mexican poet Francisco de Icaza about this city that is an emblem of beauty. We propose a getaway so that you know the most important monuments, with our guides you will learn about their history and legends. A trip full of surprises.

Arrival in Granada assistance at the train, bus or airport station.

Get to know Granada: El Albarracin and the

At the agreed time, we will meet with our guide, then we will go to the cathedral, which will serve as the starting point for us to head towards El Albaicín.

Here perhaps more than in any other place we can let ourselves be carried away by the aroma of the Moors who inhabited it, we will still find minarets, hammams, Muslim fountains and Granada's Carmenes. All this makes it the most emblematic neighborhood in the city, as well as its best viewpoint.

The Albaicín has been a place of settlement before the arrival of the Almohads and Almoravids of: Iberians, Phoenicians, Greeks, Carthaginians, Romans, Visigoths and Arabs.

Finally the neighborhood was inhabited by Christian settlers.

Granada and the Albaicín enjoy and conserve great diversity of cultures and discover why UNESCO declared it a World Heritage Site in 1994.

During the visit we will visit the Cathedral, the Royal Chapel and various palaces, convents and monasteries. The architecture of the historic center is made up of wide streets, large squares and buildings with clear Gothic and Renaissance touches.

To end the tour and appreciate the fantastic contrasts of Granada, we will also pass through the Madrasa and enter the Alcaicería, the old silk market.

The Cartuja monastery arose from the decision made in 1458 by the community of the Santa María de El Paular monastery and construction began in 1506 once its location was established, after the transfer of some land by the Great Captain, Gonzalo Fernández de Córdoba. In 1516, the works that lasted three centuries were restarted without completing the initial project, and of which only part is preserved, because in 1842 the cloister and the monks' cells were destroyed, and affecting the priory house that was totally destroyed. in 1943. It was inhabited until 1835, at which time the monks were expelled from it.

If you prefer to discover Granada exclusively as a couple, as a family or with a group of friends, you can book a private excursion. Private tours can be done any day of the week and at the time you want.

Guided tour of the Alhambra and the Nasrid Palaces

Our visit to this World Heritage Monument begins at Paseo del Generalife. From here we go to the Nasrid Palaces: those that were residences of the old Andalusian rulers.

It was these who strengthened Granada and its power, cultivated the arts, loved passionately and suffered the ultimate torment when they saw their beloved Granada lost forever.

Inside the Alhambra, which the Arabs know as “al-Qalaa al-hamra” (the red fortress), we will visit the three Nasrid Palaces: the Mexuar, the Comares and the Lions. In the latter is the famous Los Leones Fountain, which treasures a surprising secret. A few steps away we will also see another fountain with reddish spots at its base. Legend has it that it is the remains of blood caused by the confrontation between the Nasrid and Abencerrajes families.

Vaults, stuccoes, coffered ceilings beautifully decorated with borders ... The Alhambra is an indispensable treasure of the Universal History of Art. We will learn and try to understand the ornamentation of the Nasrid Palaces as we head towards another of the monuments that make up the site: the Palace of Carlos V. Did you know that the emperor spent his honeymoon with Isabel of Portugal in the Alhambra? ? Some chronicles even affirm that the future King Felipe II was conceived in this place.

We will continue our guided tour of the Alhambra next to the remains of the medina and the citadel: the military zone that protected the entire complex. In it we will observe the Torre de la Vela, which every January 2 rings its bells to commemorate the conquest of Granada by the Catholic Monarchs, produced on that date. On this visit, we will enjoy a walk through the Generalife gardens: a beautiful floral space annexed to the Alhambra where the Nasrid emirs, between portals, fountains and ditches, liked to rest and plan their future political and sentimental conquests.

Highlights to see in Trip 4 dyas in Granada

When to book?
You can reserve up to 56 hours before the activity
Free cancellation
Cancel anytime for a full refund.

We will pick you up at the Granada train station.

Alhambra of Granada and Generalife Tour 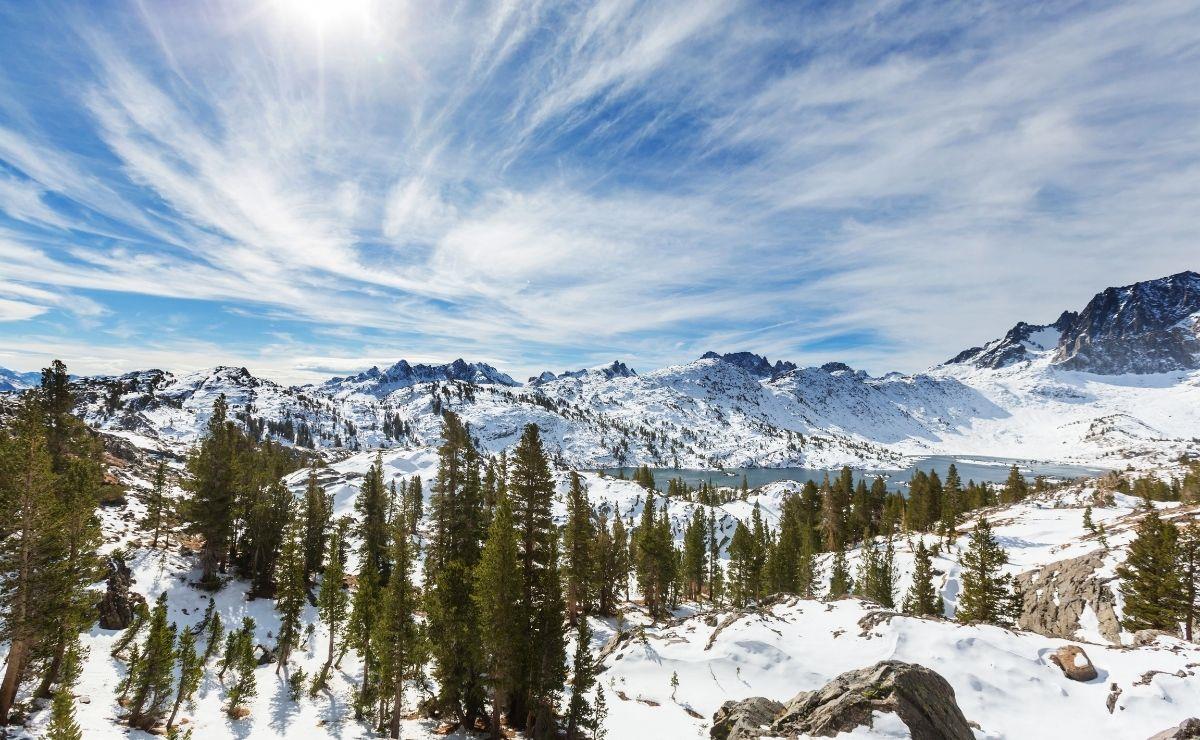 Excursion to Sierra Nevada from Granada