Visit the Castles of Cádiz, inside Catalina Castle, the Baluarte de la Calendaria, San SebastiánCastle and the Caleta Beach. 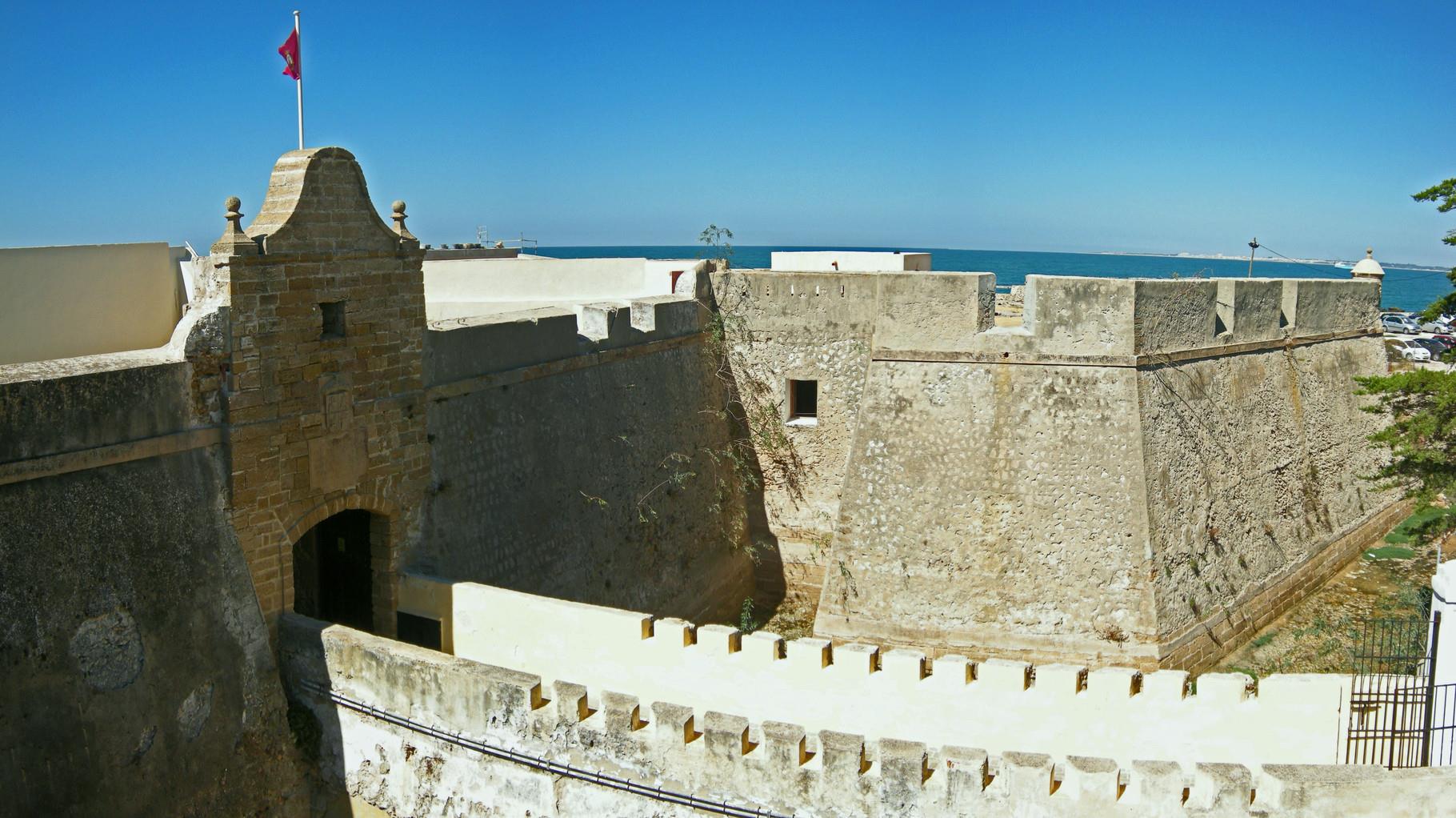 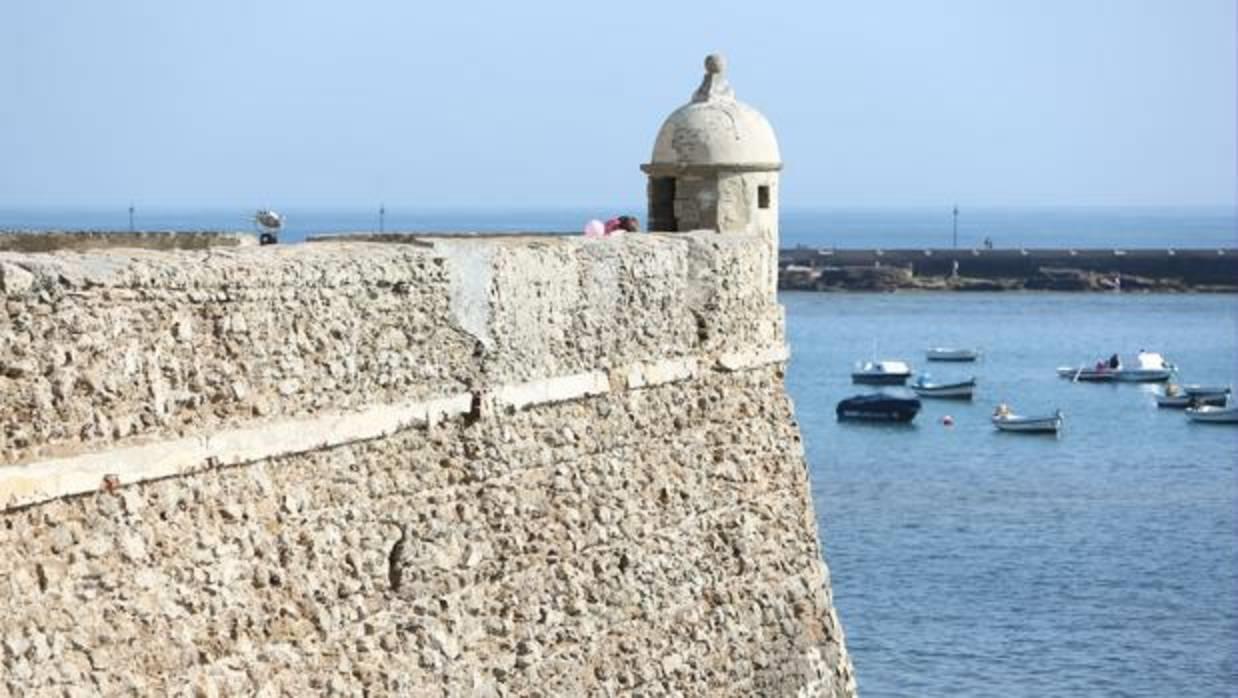 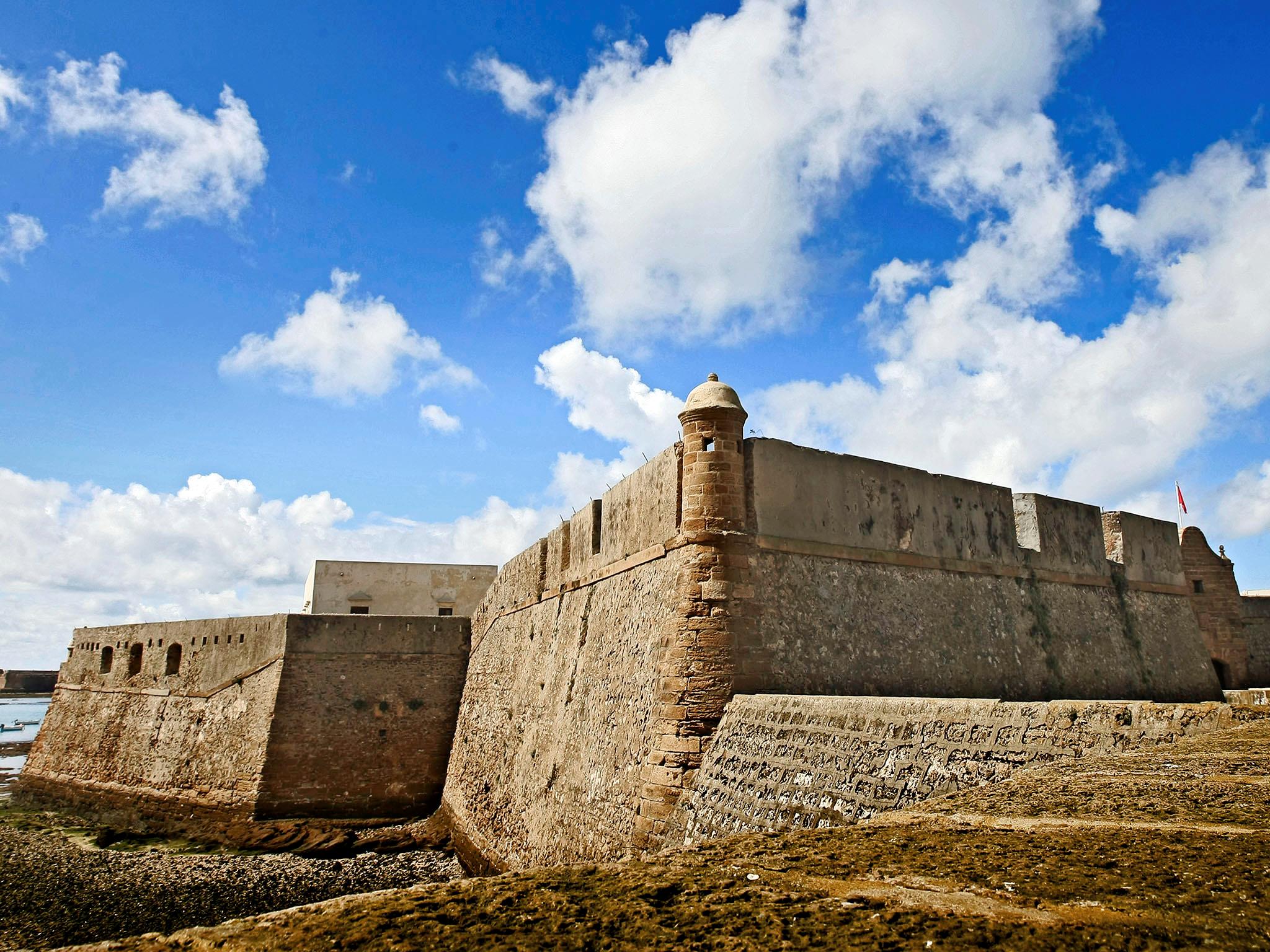 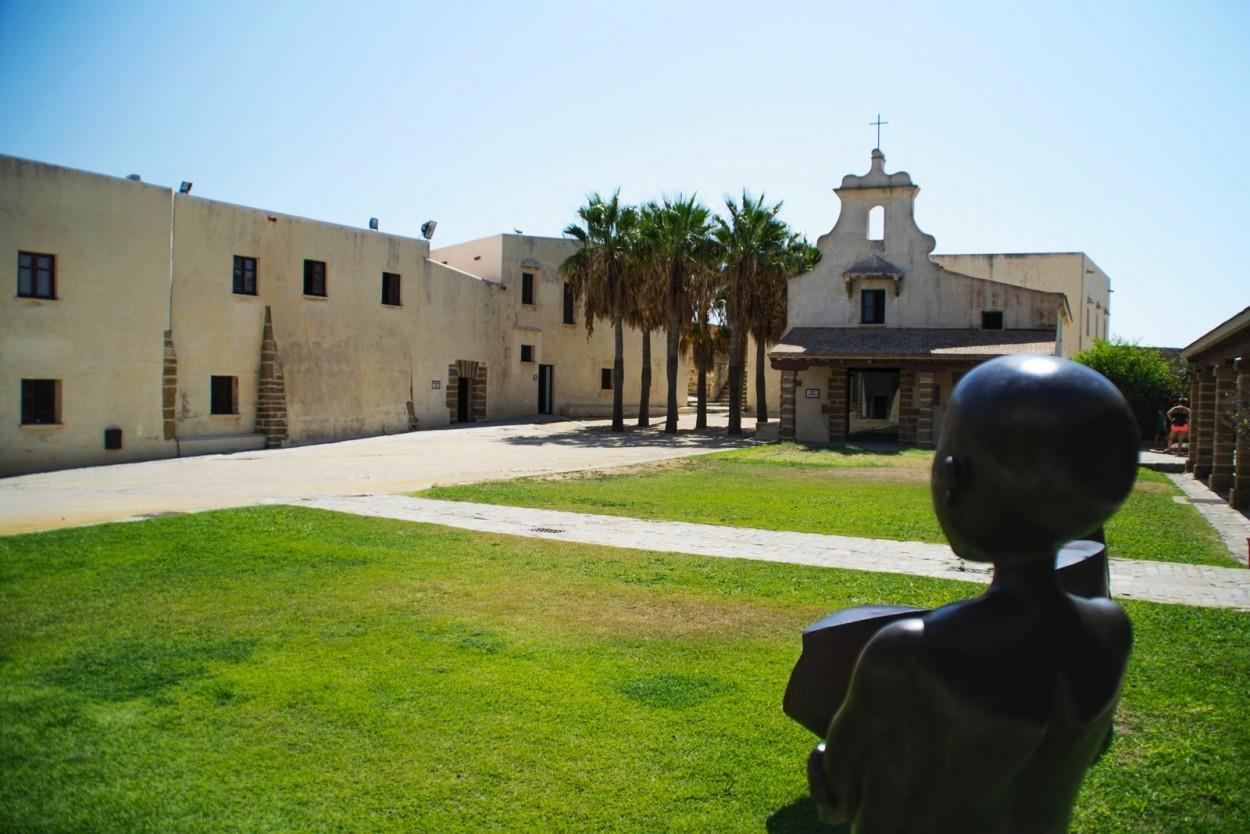 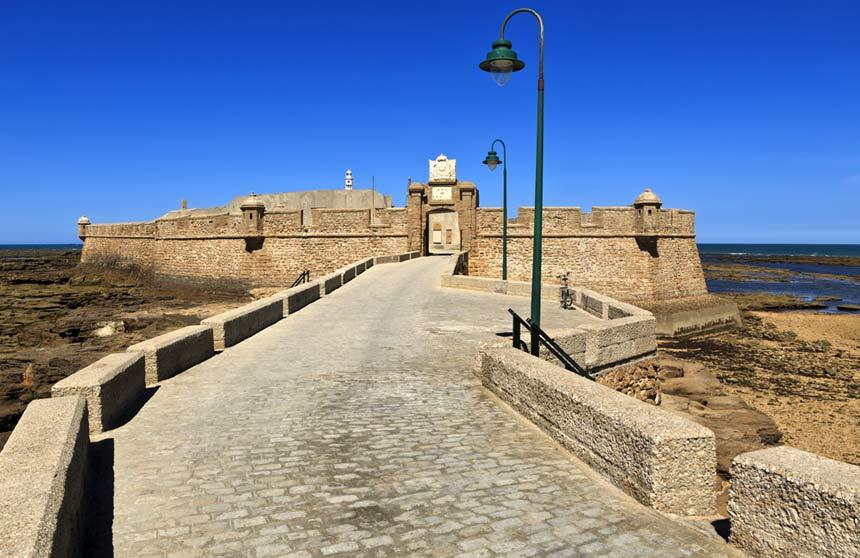 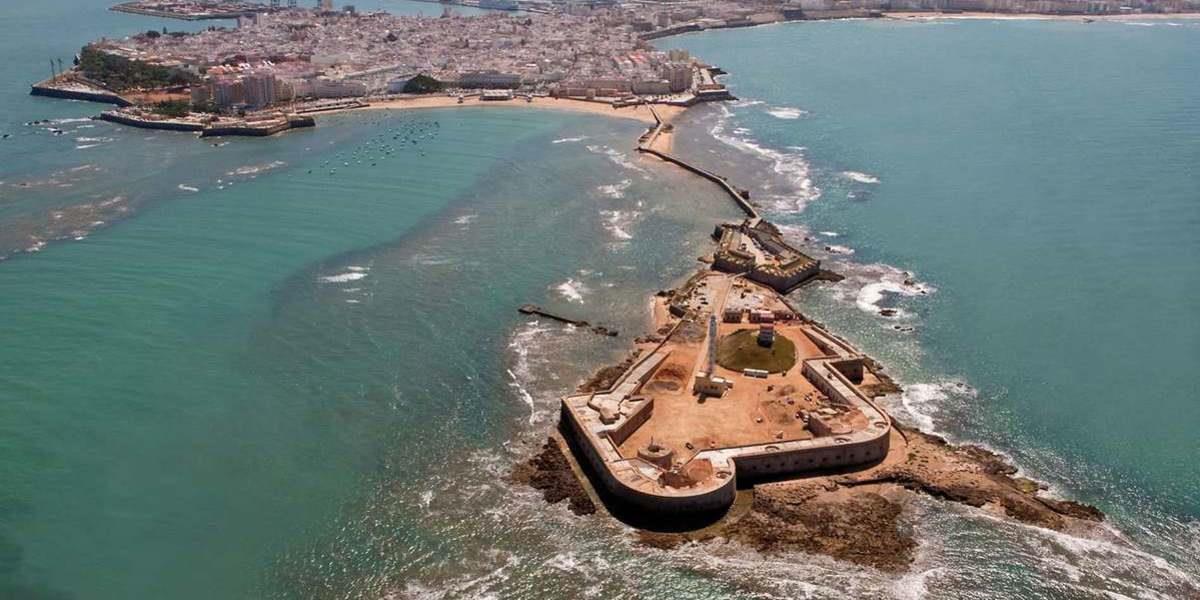 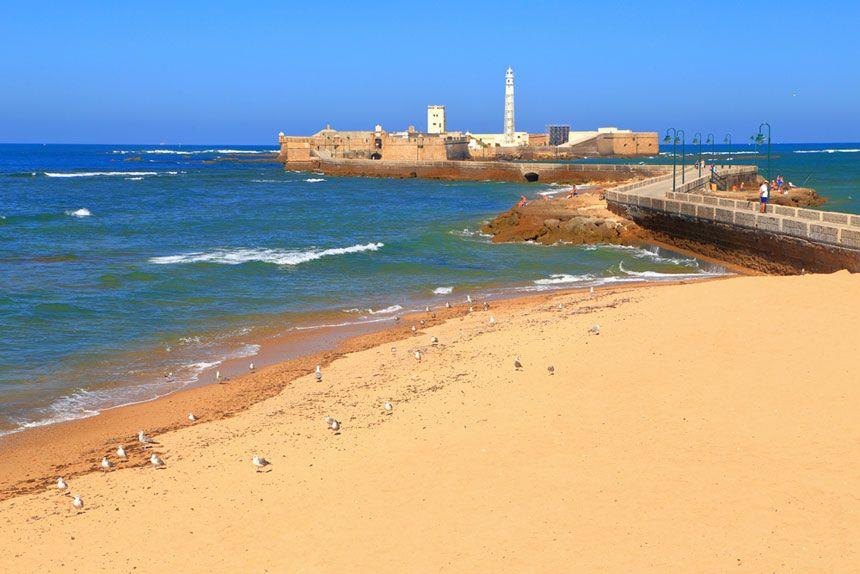 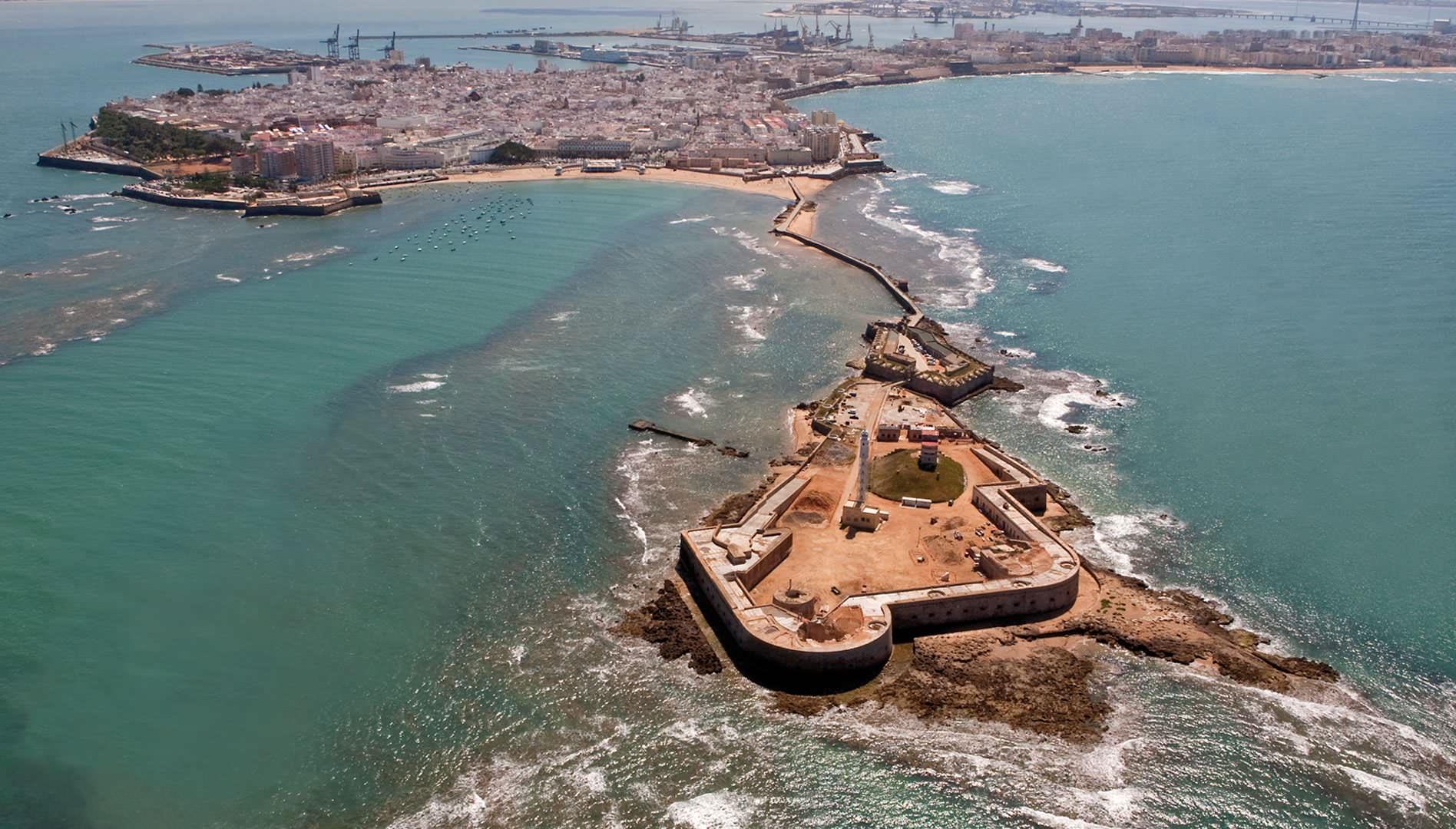 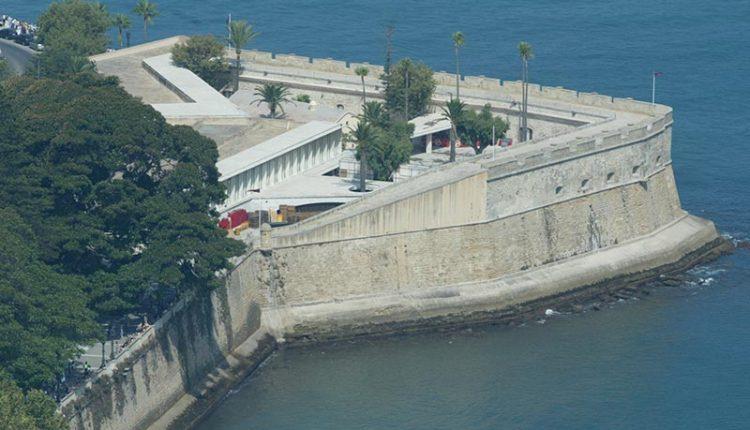 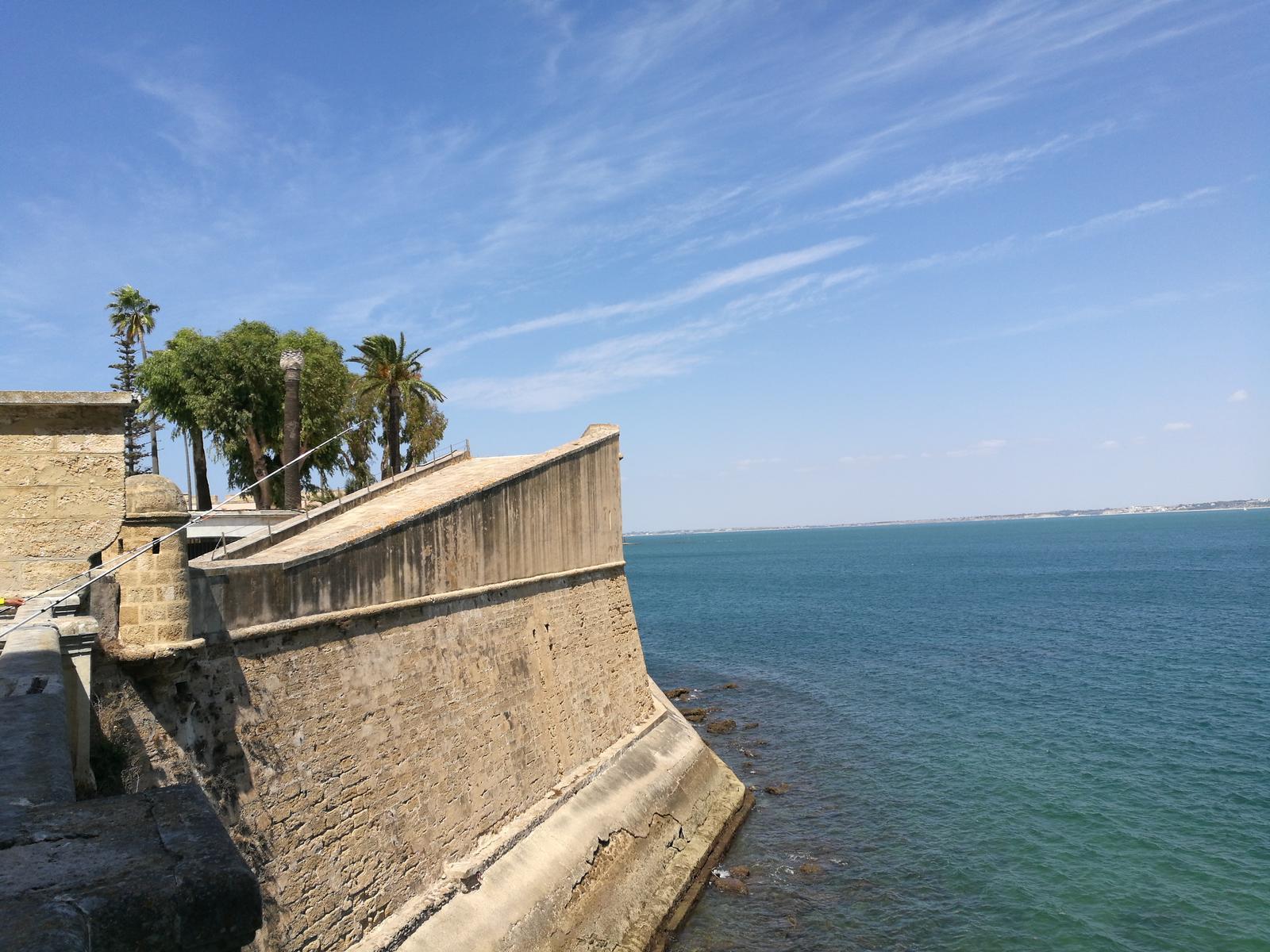 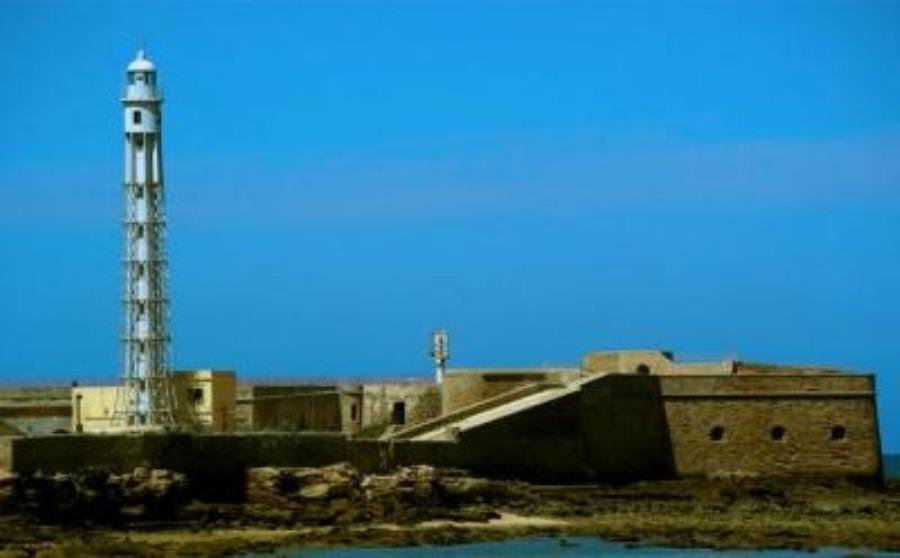 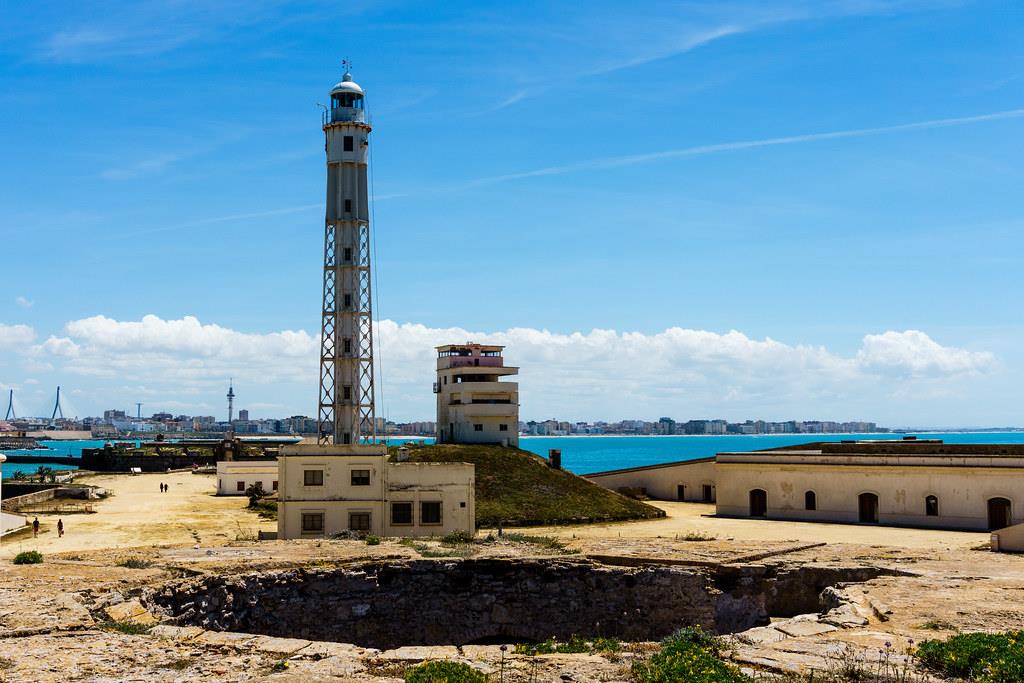 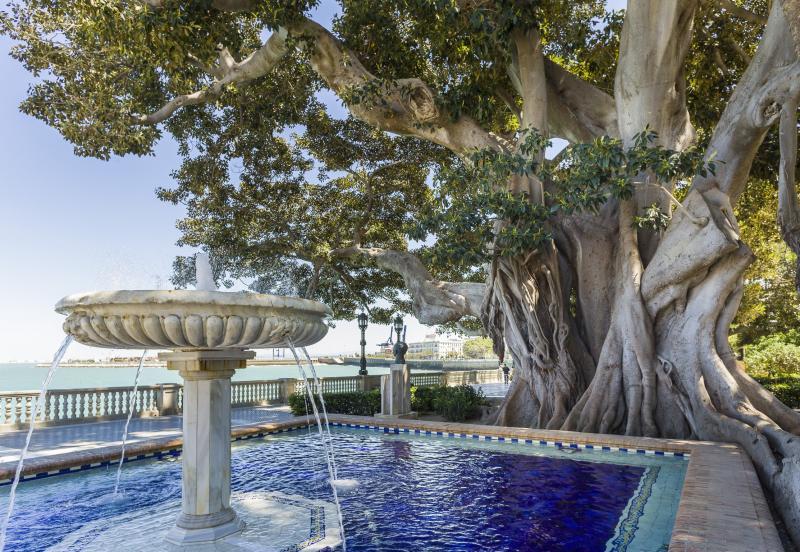 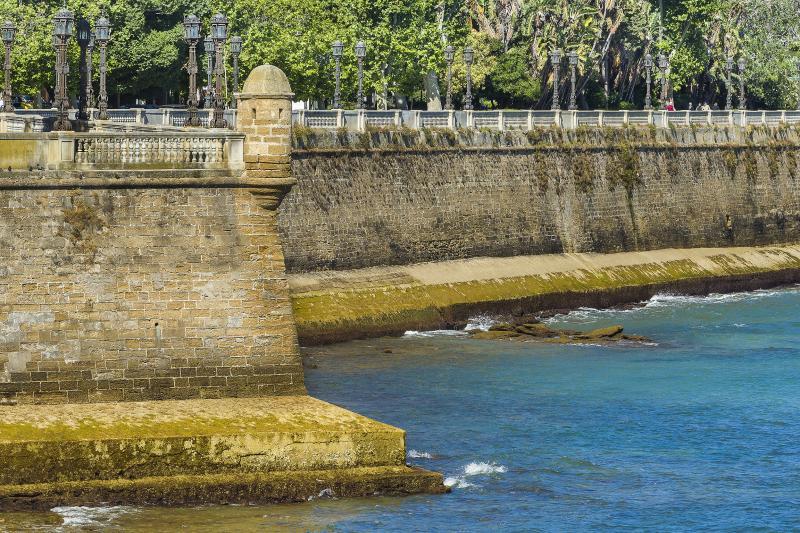 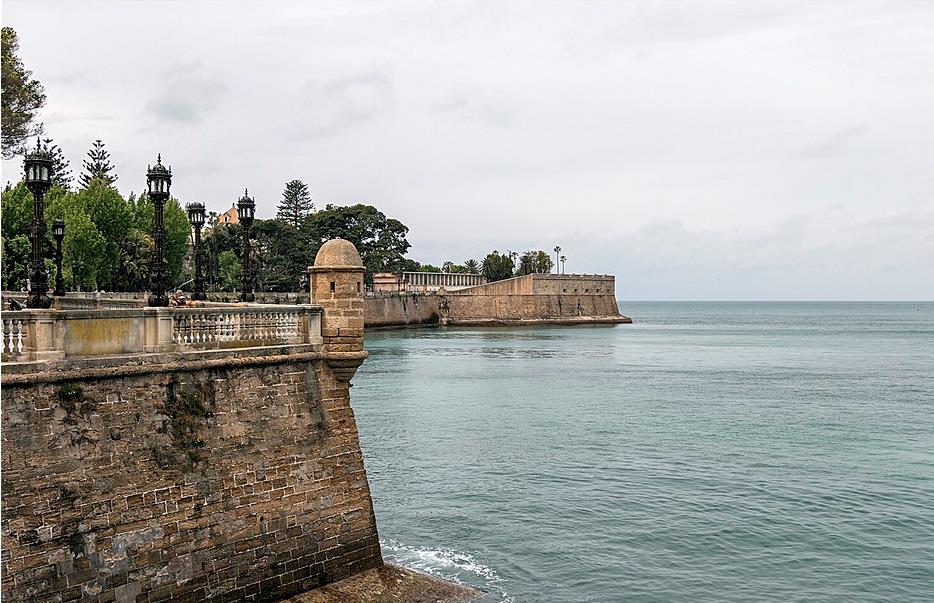 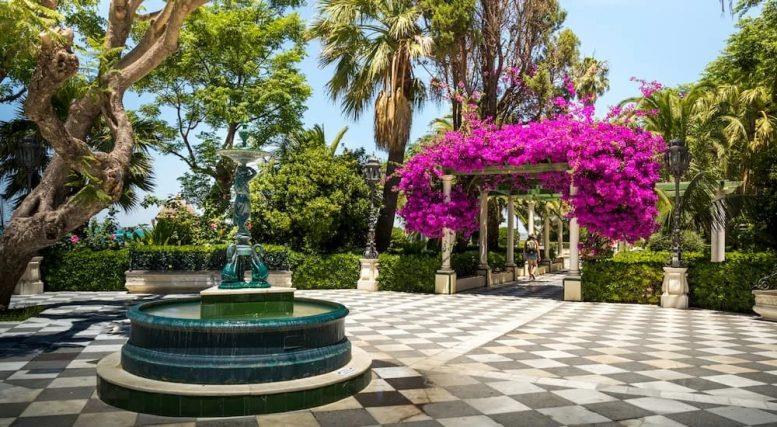 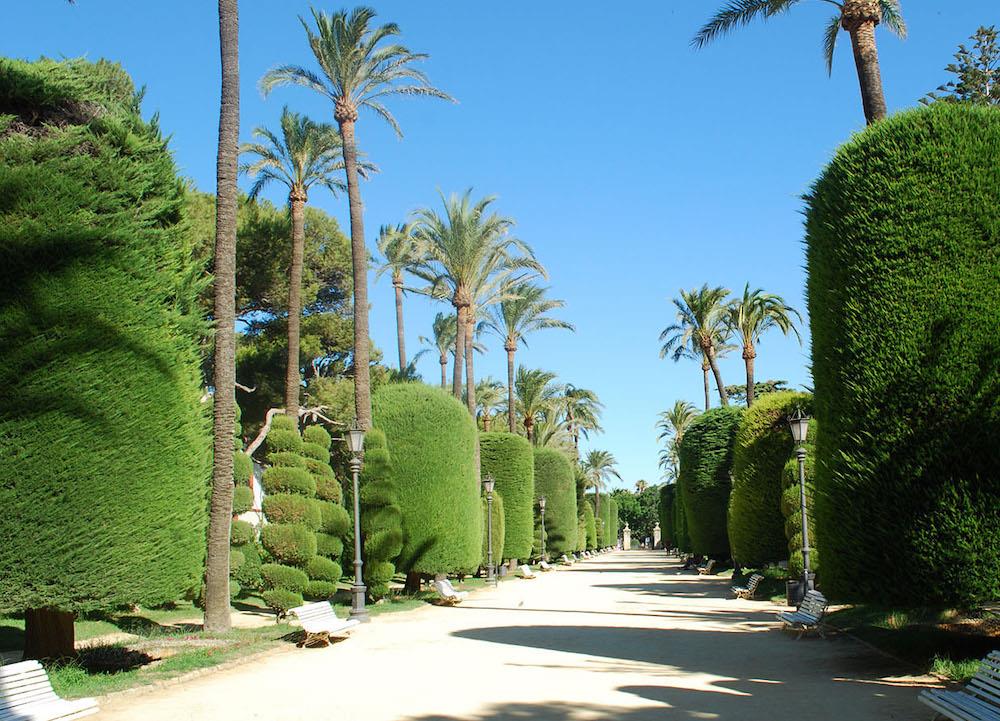 Things to do Free tour Caleta and Cadiz Castles

In this Free tour Caleta and Cadiz Castles, we will make an itinerary surrounding the city by its outer edge following the layout of its old defenses.

We will start our guided tour in Plaza España, leaving the port of Cádiz on our right, you will know the importance of this great Plaza and the monument to the Constitution of 1812, we will walk until we reach the walls of San Carlos, where you will discover the history and origins of the morphology of walled Cadiz.

Our route will take us to the Castillo de Santa Catalina, a fortress from the early 17th century where we will visit its interiors.

We will visit the exteriors of the Castle of San Sebastián, famous for being the setting for several films shot in Cádiz, Alatriste among other films. In addition, at the base of a Muslim watchtower stands the current Lighthouse of Cádiz, a unique structure in Spain.

Cádiz has had more than 4km of slender defenses, we will remember the disappeared Castillo de la Villa and La Puerta de Tierra, a stronghold of what was the entrance wall to the city of Cádiz, created in the 18th century.

We will explain why Cádiz wants its walls to be a World Heritage Site, since these defenses were created in the 17th century by engineers with a pioneering system in Spain.

Our walk continues through Alameda Apodaca, a fantastic garden by the sea that will take us to the Contemporary Creation Space (ECCO) and the Genovés Park, which makes up the most beautiful botanical complex in the city.

We will finish the Free tour Caleta and Cadiz Castles, on the beach of La Caleta, where the old Spa of La Palma (current Andalusian Center for Underwater Archeology) is preserved and where you can enjoy one of the most beautiful sunsets in the world.

Highlights to see in Free tour Caleta and Cadiz Castles 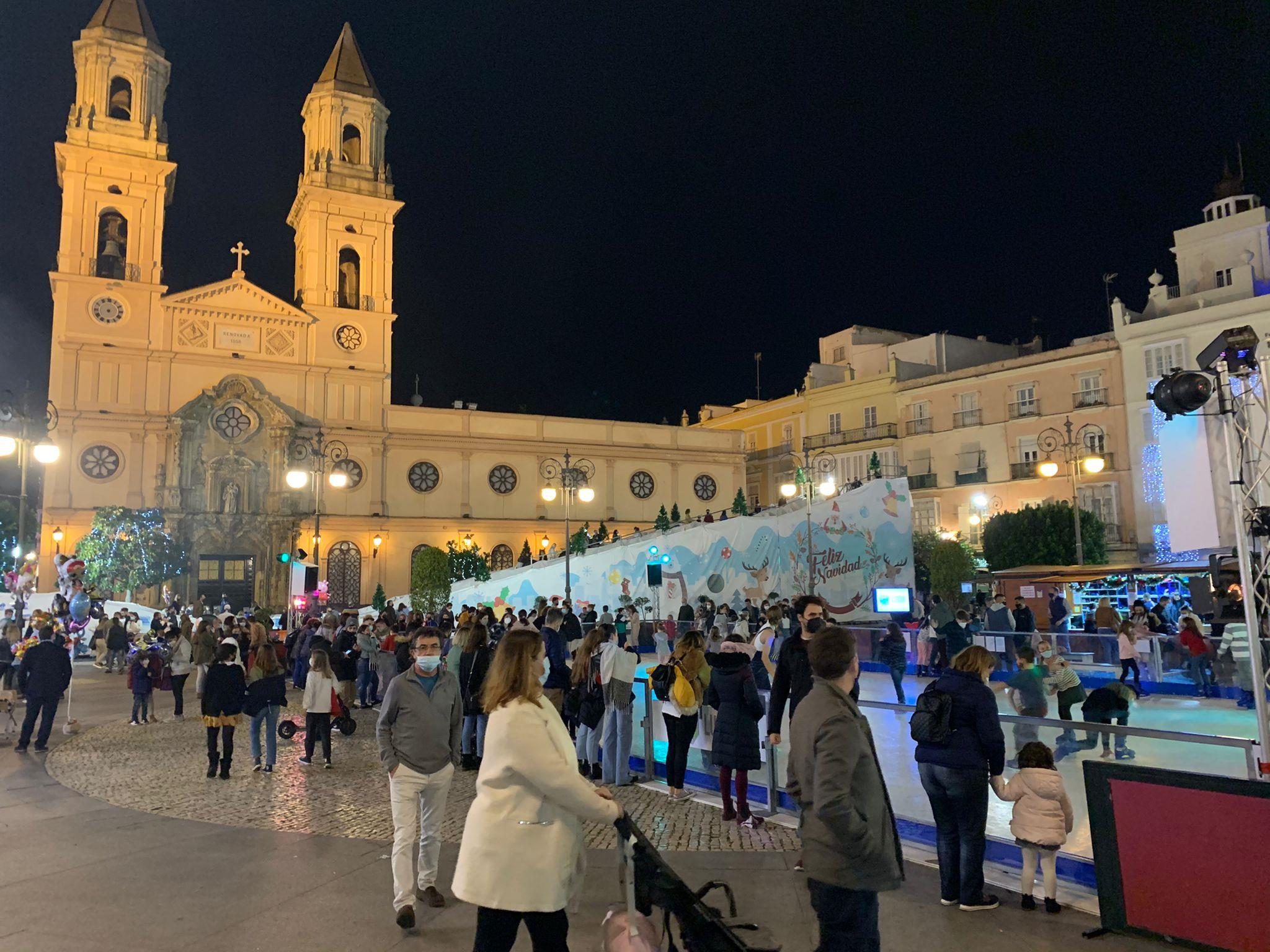 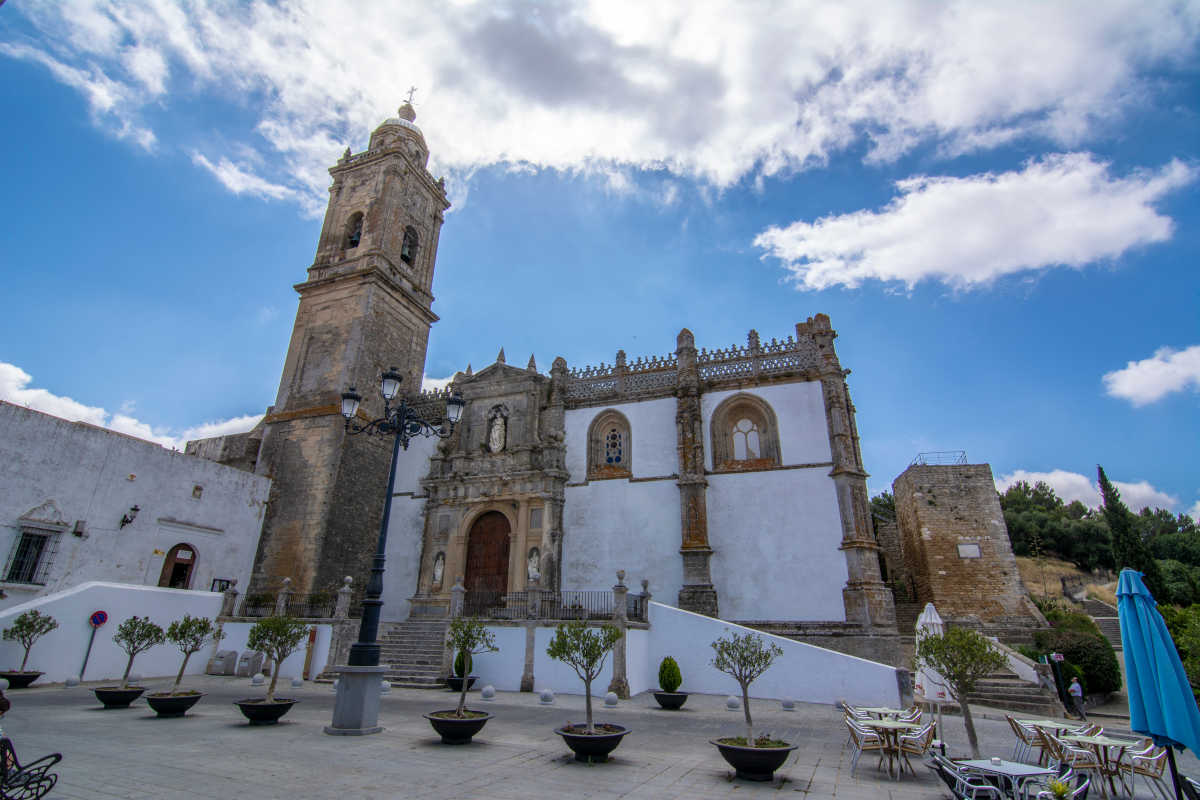 Vejer and Medina Sidonia from Chiclana