Explore Barcelona at your own pace and in the most comfortable way possible on our double-decker bus. Hop-on and off as many times as you like. 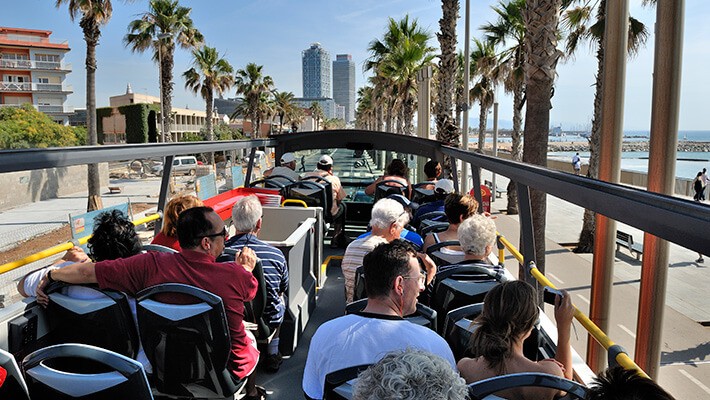 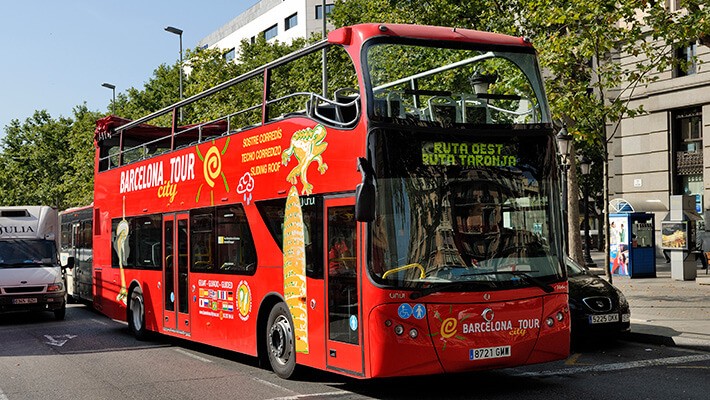 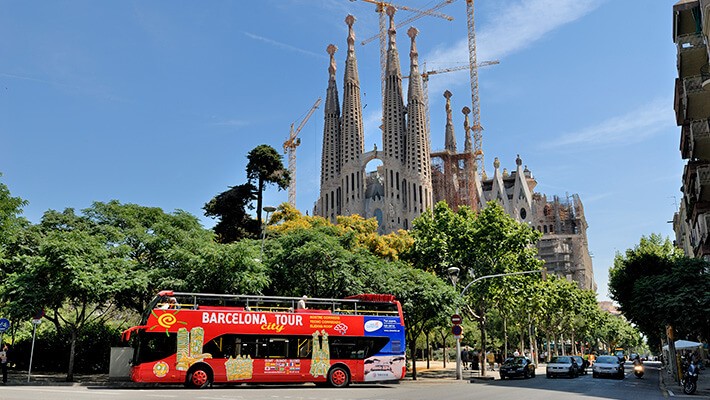 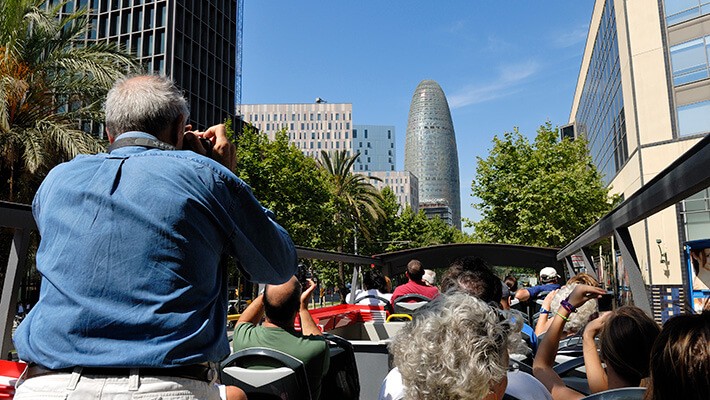 Things to do Barcelona City Tour Hop On Hop Off

The Barcelona City Tour Hop On Hop Off is the best option for seeing the city and its most emblematic landmarks at your own pace with no hurry and in the most comfortable way. Take a seat on our fully air conditioned double-decker bus. Do you want to hop on?

There are two routes for you to choose from, the East Route and the West Route, both depart from Plaza Cataluña. The full journey time is about 2 hours and buses run every 5-25 minutes stopping at several bus stops along the way. Feel free to get on and off as many times as you wish throughout the day and create your own itinerary according to your own terms and time.

On the East route we will take you by the Cathedral located in Barcelona´s Gothic Quarter, the Barceloneta, the Olympic Port, the Sagrada Familia, the Park Güell, Tibidabo, the Pedrera and Casa Batlló among others. The West route includes Barcelona´s Arc de Triomf, el Born, the Ciutadella, the Paseo de Colón, the Miramar Gardens, the Plaza de España, the Camp Nou and the Avenida Diagonal among others.

Your Barcelona City Tour bus ticket includes a set of headphones for listening to the audio-guide which is available in 15 different languages; listen to the history of the city and fascinating facts on the landmarks that we will be passing. It also includes a guide map with the routes and all the stops of the route so that you can organize your visit in Barcelona without missing a single thing. You will find a stewardess on hand as you climb aboard to help you with any queries you may have.

Make the most of the city on our Barcelona City Tour Hop On Hop Off.

Highlights to see in Barcelona City Tour Hop On Hop Off

Time
November - March: from 9 AM to 7 PM
April - October: from 9 AM to 8 PM
Availability
Daily, every 5 - 25 minutes depending on the season
Outside guided visit
We will visit from outside all monuments and places of our tour description
Accesibility

The buses are adapted for people with reduced mobility.

Frequency: daily every 5 - 25 minutes depending on the season. Both routes leave from Plaza Catalunya, but you can hop on and off at any bus stop.