Walking route through the Medieval Quarter and the 19th century Ensanche, with the Florida Park and the New Cathedral. With this guided tour you will enjoy the places that you cannot miss in Vitoria with the help of a professional guide. We invite you to see the essentials of this city. Discover its main monuments and the most charming corners!

Things to do Vitoria Free Tour

Itinerary through the Old Town

We will start in the Plaza de España that houses the Town Hall, together with the neoclassical Arquillos, of great architectural value. Through an interesting tour through the union streets of Casco Viejo, a Monumental Complex since 1997 and the most beautiful in the Basque Country, we will enter the areas with the most commercial and gastronomic tradition and, already in Cuchillería street, we will visit the surprising Casa del Cordón, seat of Pope Adriano VI.

Through the foundational area of ​​Gasteiz

We will go up to the oldest part of Vitoria-Gasteiz to discover the historic Montehermoso Palace, where Carlos V and even José Bonaparte stayed. Following the canvas of the 11th century wall, in the Plaza del Machete we will come across the Villa Suso palace, home of the Austrias ambassador, as well as the Gothic church of San Miguel, which houses the patron saint of the city, the White Virgin.

A walk through the Ensanche

Crossing the Plaza de la Virgen Blanca with its monument to the Battle of Vitoria against Napoleon's troops, where the popular Celedón, symbol of the patron saint festivities, arrives from the sky, we will cross other charming corners such as the romantic Ensanche of the 19th century, to contemplate the New Cathedral, and walking we will discover essential places such as the beautiful Florida Park.

Along the Paseo de la Senda we will find the Zulueta Palace, headquarters of the Green Capital of Vitoria, among centenary trees, to finish in front of the Museum of Fine Arts in front of the symbolic facade of the palace of the Basque Lehendakari, Ajuria Enea.

Outside the Tourism Office of Plaza de España in Vitoria 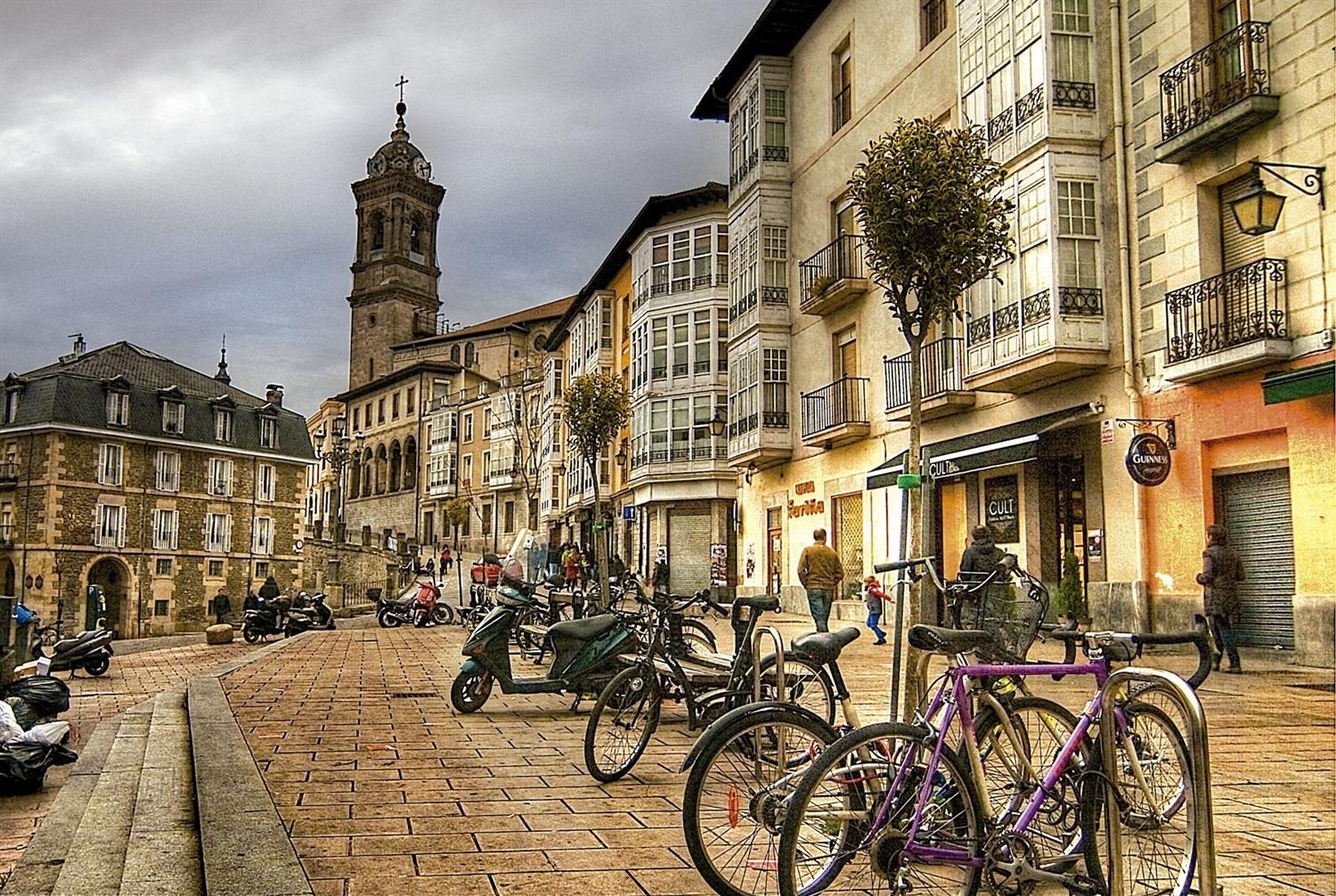 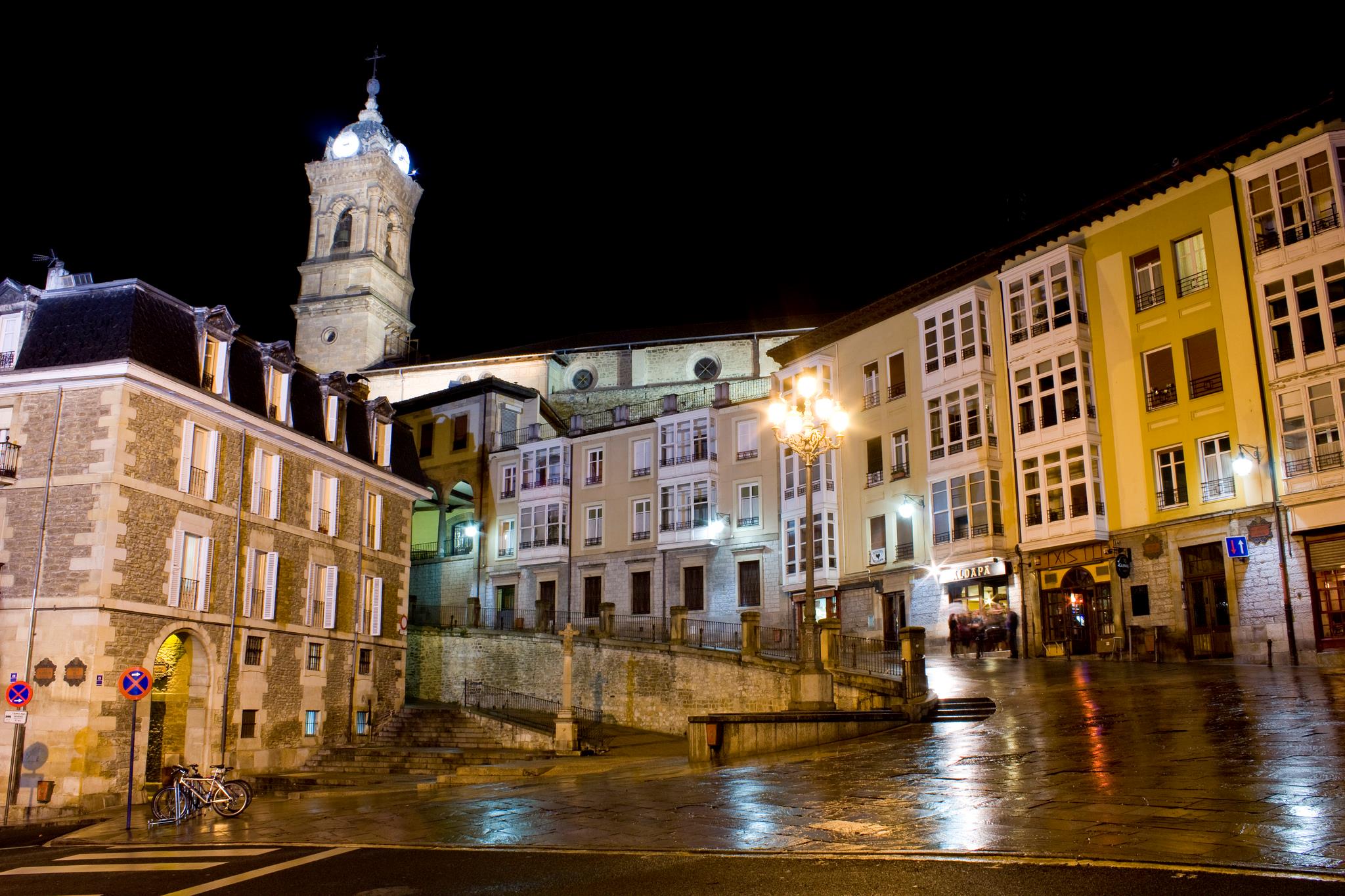