Discover the most dazzling and monumental places in Úbeda, a World Heritage City, in a unique and exclusive visit, from its origins to its Renaissance splendour. We will get to know the heart of the medieval city, revealing the Jewish legacy hidden in its streets and its noble lords. Don't miss this unique opportunity to get to know Úbeda in full. 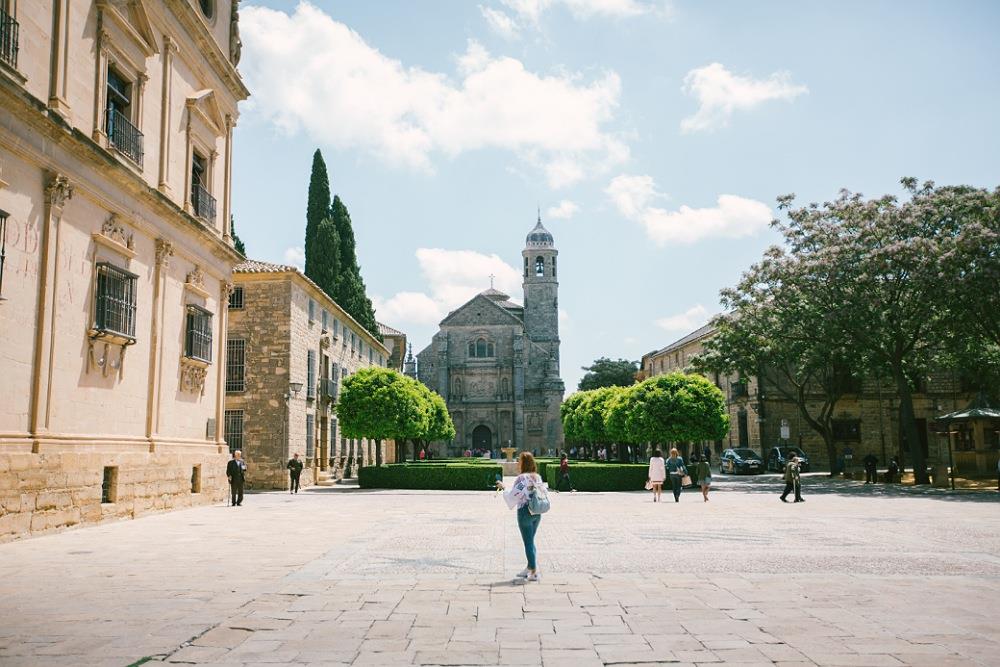 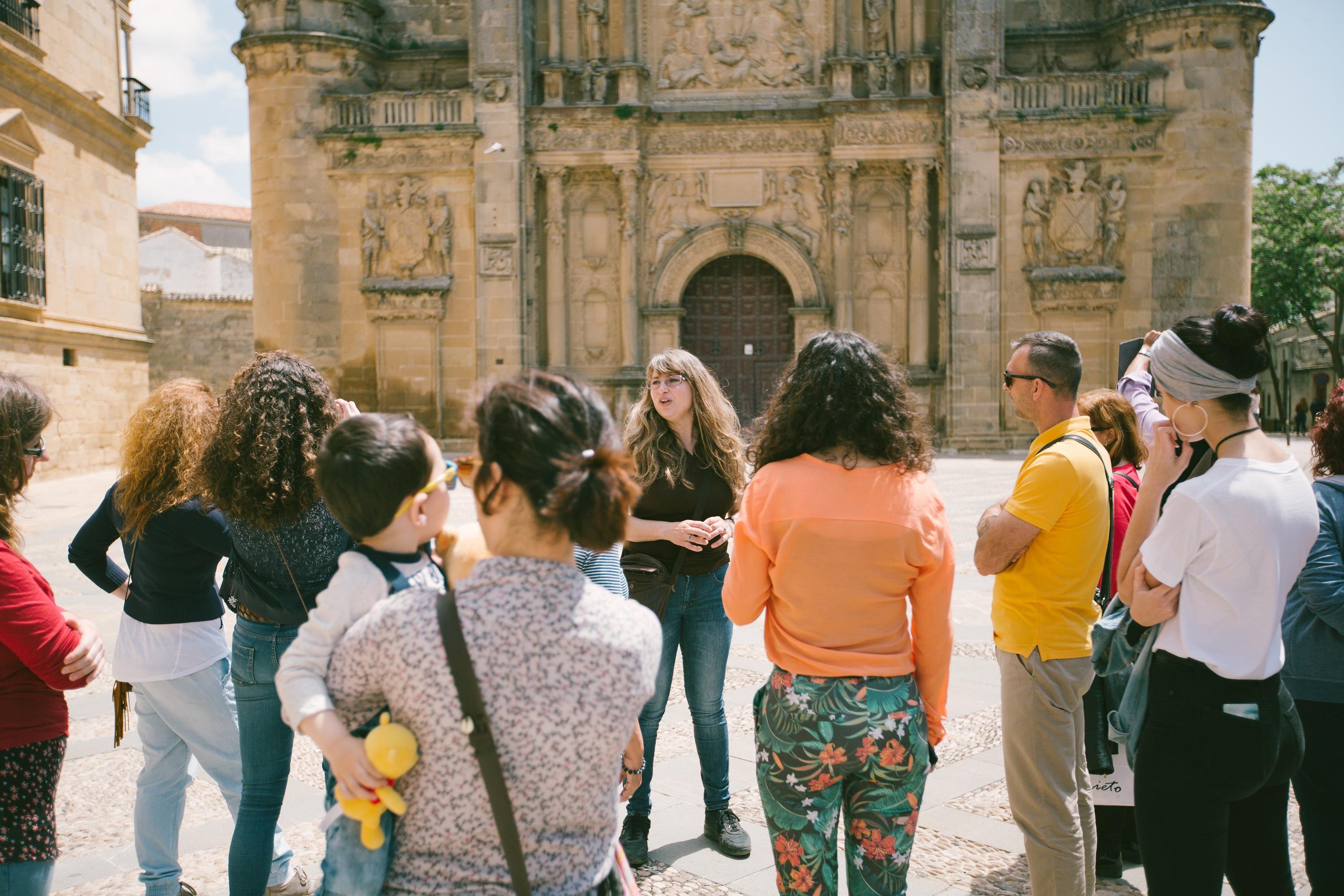 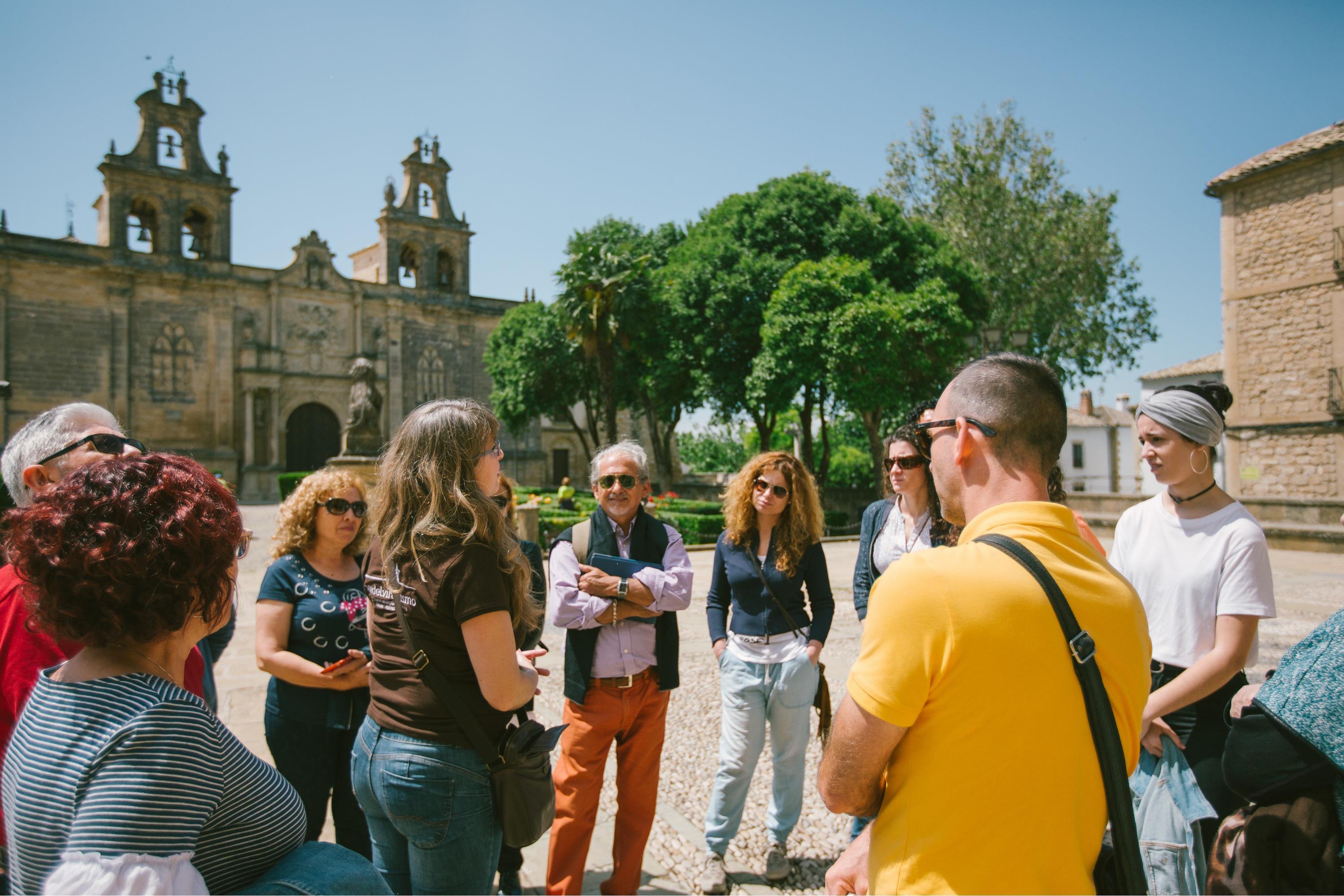 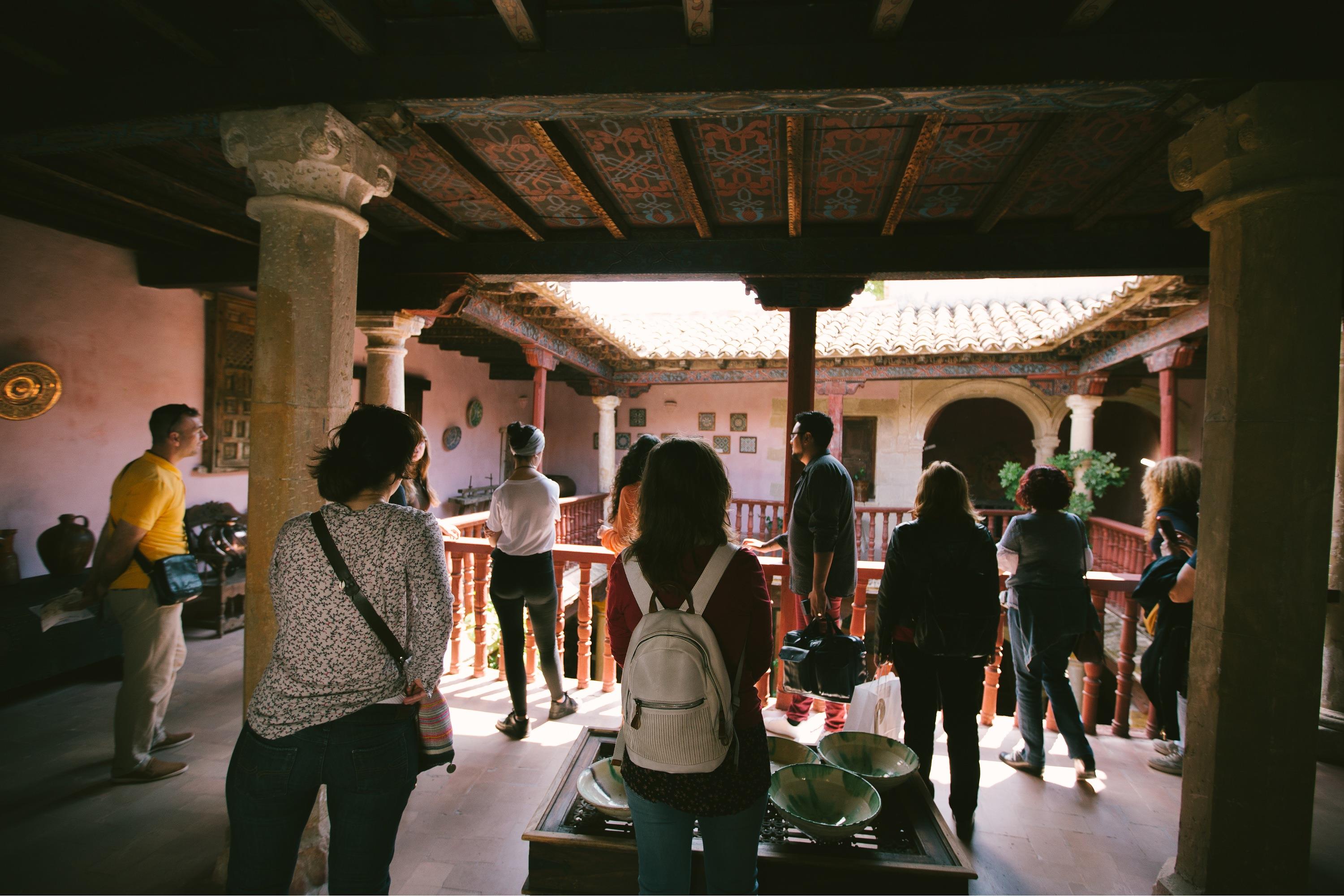 Things to do Jewish and Renaissance Úbeda Tour

Do you want to travel to one of the cities in Spain that has more Jewish remains? Come and discover the Jewish legacy of Úbeda , a World Heritage City, we will go into its old Jewish quarters where 14th century houses with the Star of David are still preserved. Enjoy a unique guided tour with a heritage interpreter and expert in Jewish culture and you will discover the crucial role that Jews played in the development of the city. You will discover the most emblematic palatial and religious monuments, arches and towers of the city. You will be surprised by the Renaissance urbanism of the Plaza Vázquez de Molina, presided over by an exceptional monument, the Sacra Capilla del Salvador, the most important exempt funeral chapel of the s.XVI erected by Francisco de los Cobos y Molina, Imperial Secretary to Charles I, it was built with the participation of the most important artists of the time, Diego de Siloé, Esteban Jamete, Alonso de Berruguete, Francisco Villalpando, Alonso Ruíz... as well as Andrés de Vandelvira, whose magnificent architecturalwork was key to its construction and to designing the Renaissance urban planning of Úbeda, which we will have the opportunity to visit.

What do we visit?

"Sinagona de Salomón" House Museum: it is mentioned in an unpublished document from the XIV century, in the place where it was the mentioned Synagogue has been reconstructed, the visitor will know how a synagogue is and the functions that it performed in Sephardic culture. It also exhibits a complete private collection of Sephardic pieces of synagogue worship that has no comparison with other Sephardic museums in Spain due to its singularity and the antiquity of its collection.

Granada Venegas House Museum : Former home of the descendants of Prince Judah al-Nayar, cousin of Boabdil "the Boy", it contains 12th-century Mozarabic frescoes. In addition, among its many rooms furnished with objects of the period, it has a courtyard of ancient trades (smithy, carpentry and pottery).

Sacred Chapel of the Saviour: Private funeral chapel erected by Francisco de los Cobos y Molina, he was a masterpiece of the Renaissance (you have the option of visiting the interior of the most unique monument in Úbeda)

Highlights to see in Jewish and Renaissance Úbeda Tour

Availability and starting time
Check your date on the calendar on the right, or on the Book button!
When to book?
You can reserve up to before the activity
Free cancellation
Cancel free up to 1 day before the activity and receive a full refund. 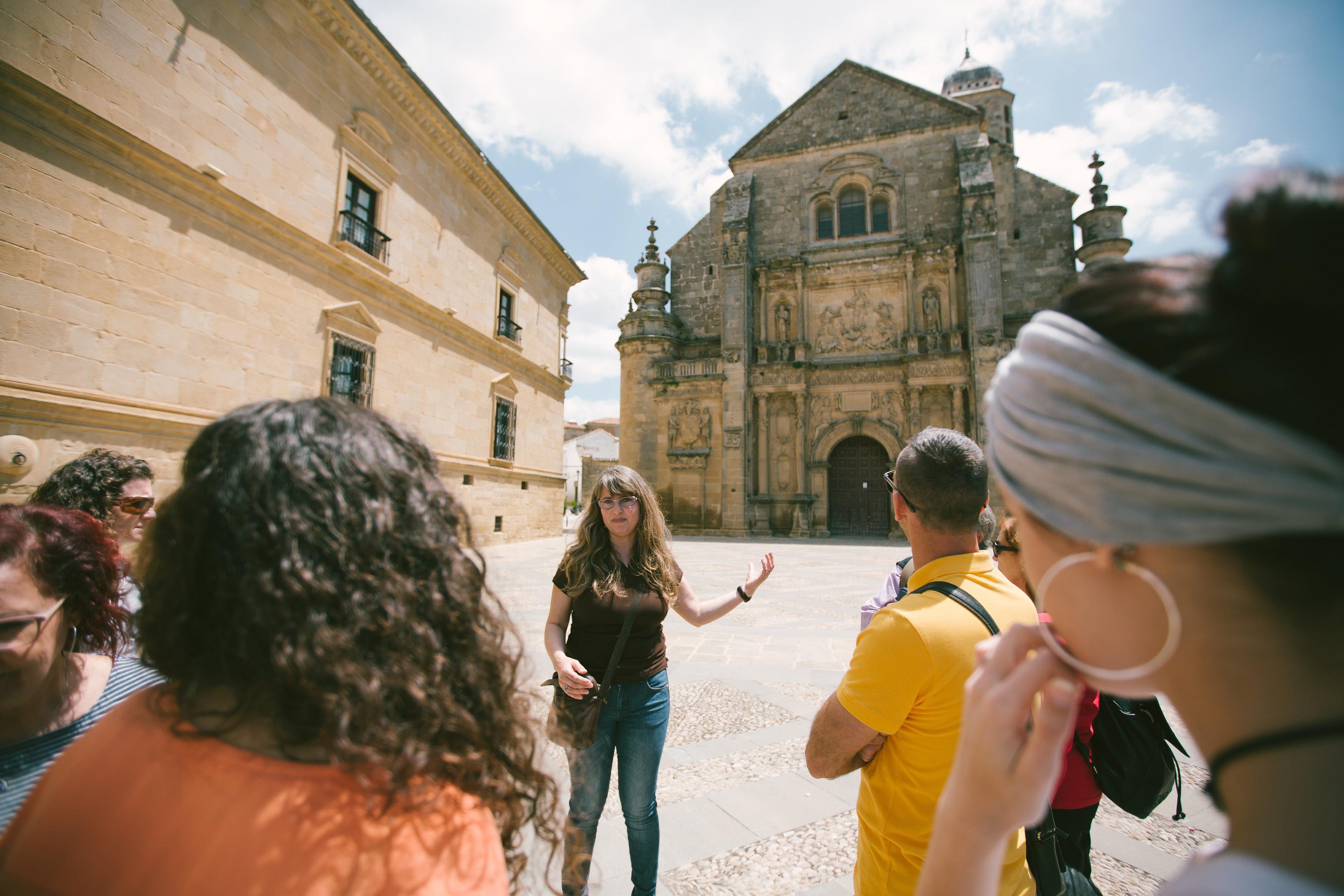 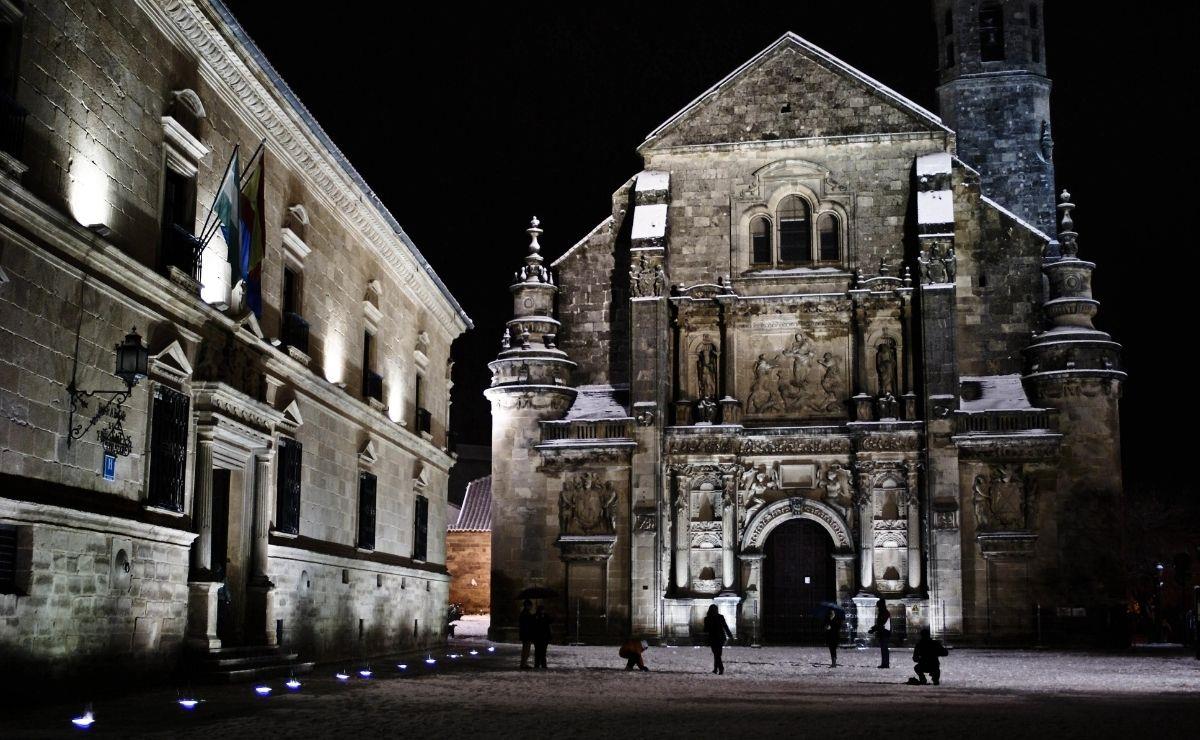