Segway tour around the city of Benidorm. Discover Benidorm's beaches and old town as well as its fabulous natural park of Sierra Helada. 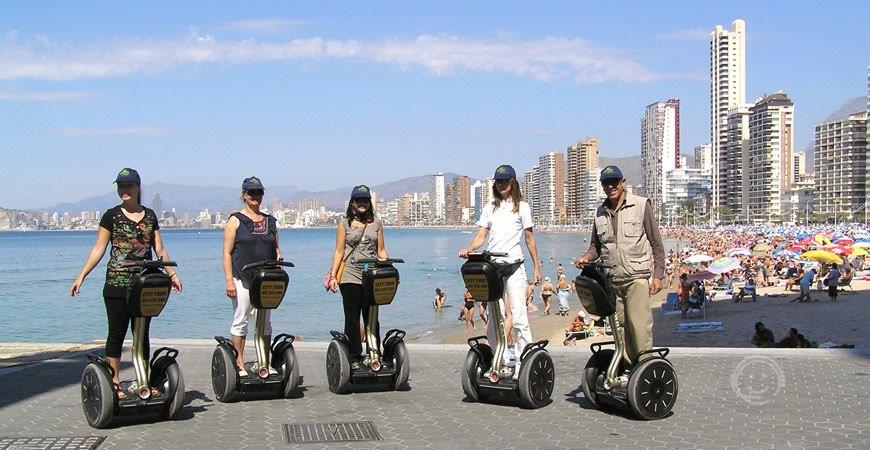 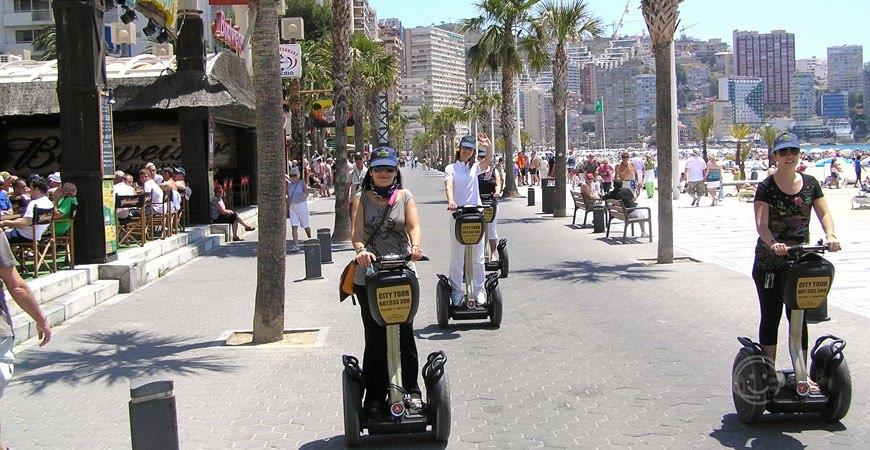 Itinerary to do in Benidorm

1. Route through the natural park of Sierra Helada:

This is the tour that I always recommend to the traveler, as it is a route that runs within the natural park, a place that few know and that surprises everyone because nobody imagines that Benidorm has this beautiful natural spot. The Segway ride is not at all complicated because during the entire journey is made on asphalt road and comfortable for tourists and without the presence of combustion vehicles.

During the Segway tour you will learn firsthand the history of the watchtower of the seventeenth century overlooking the Mediterranean Sea, where dolphins are sometimes seen in the distance jumping and greeting the traveler. Also, one of the wonders of the natural park are the two coves with easy access, the cove of the Almadraba and the cove of Uncle Ximo, two coves with crystalline water that invites bathing, this last cove bears the name of the last miner in the area, Uncle Ximo, where he extracted the mineral ocher, a mineral that was extracted since the times of Rome.

2. Cultural route through the city of Benidorm:

With this tour you will know Benidorm in depth in the hands of a Segway, this route takes you through the two fine sandy beaches, the Levante beach and the Poniente beach and, above all, the fascinating old case.

This route starts getting to know the Rincon de Loix neighbourhood, an area full of bars and pubs with a lot of atmosphere and fun just a few metres from the Levante beach. The Levante beach is called this way, due to the fact that it is where the sun rises and the western beach, where the sun sets.

To finish the Segway tour, we will visit Benidorm’s most famous park, the Parque de L’Aigüera, with its famous Julio Iglesias auditorium, where this famous singer-songwriter started his musical career thanks to the Benidorm festival after leaving football and his famous Real Madrid F.C. team.

In the car park of the Flamingo Oasis Hotel