Greek and Celtic mythology mix in the world's oldest lighthouse, still in operation. Discover it. 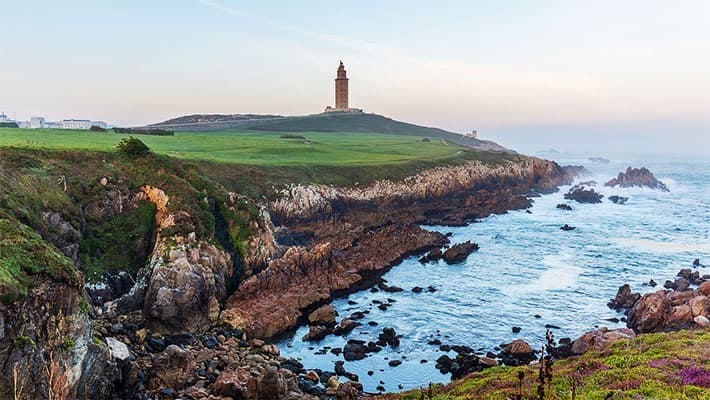 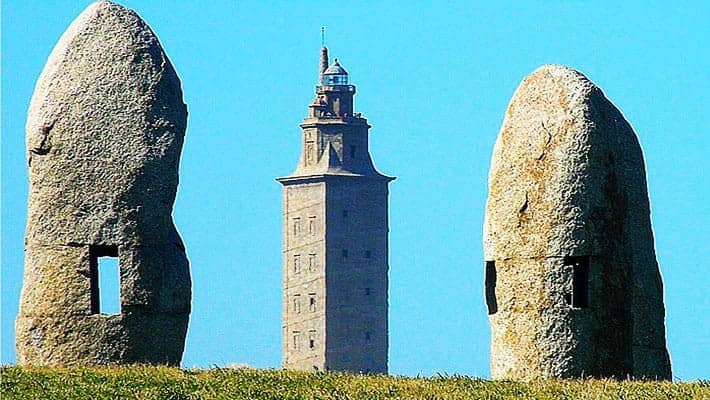 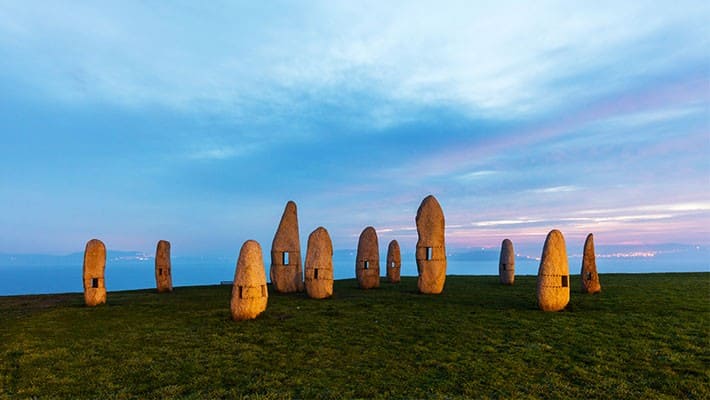 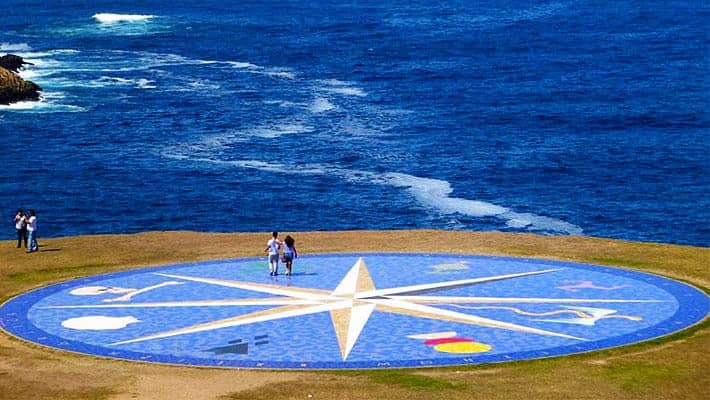 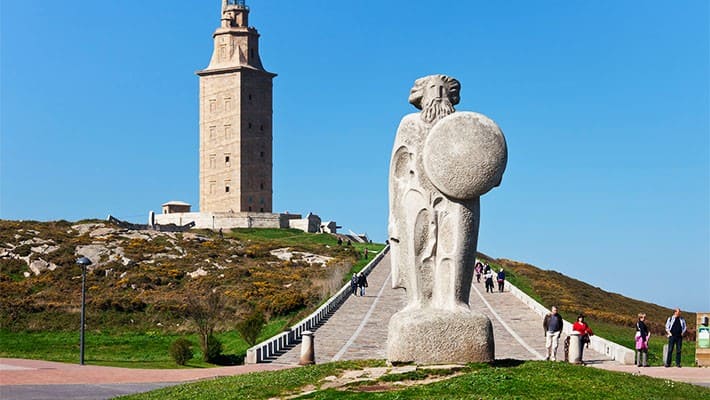 Things to do Tower of Hercules Tour

Can you imagine where the oldest lighthouse in the world was built? Do you think it still works? On the Tower of Hercules Tour, we will discover the legendary lighthouse, its legends and its natural park.

With our spanish-speaking guide, we will visit the natural environment that kisses the feet of the tower. An immense green area that mixes with the waters of the north. Before arriving at the lighthouse we will discover all the stories and curiosities that surround the Tower of Hercules, the Celtic King Breogán and much more.

Greek mythology tells that Hercules arrived in the lands of Galicia and entered into fight with a giant and tyrant called Geryon. After an intense struggle of several days and nights, the son of Zeus skewed the life of the giant and his head, being this the base to build the Romanesque lighthouse that still illuminates the ships as they sail across the ocean.

More than 200 steps to the top of the Tower, to feel like King Hispan and his magic mirror, another of the legends that surround the beauty of the lighthouse. If you decide to climb there, you will have a complete view of the city, the ocean, the green roads... and the blue Wind Rose, representing the seven Celtic peoples.

Highlights to see in Tower of Hercules Tour

The Tower is not suitable for people with reduced mobility. Anyway, you can enjoy the extensive array of activities that we offer!

In the Statue of Breogan, at the foot of the access to the ramp of the Tower of Hercules. 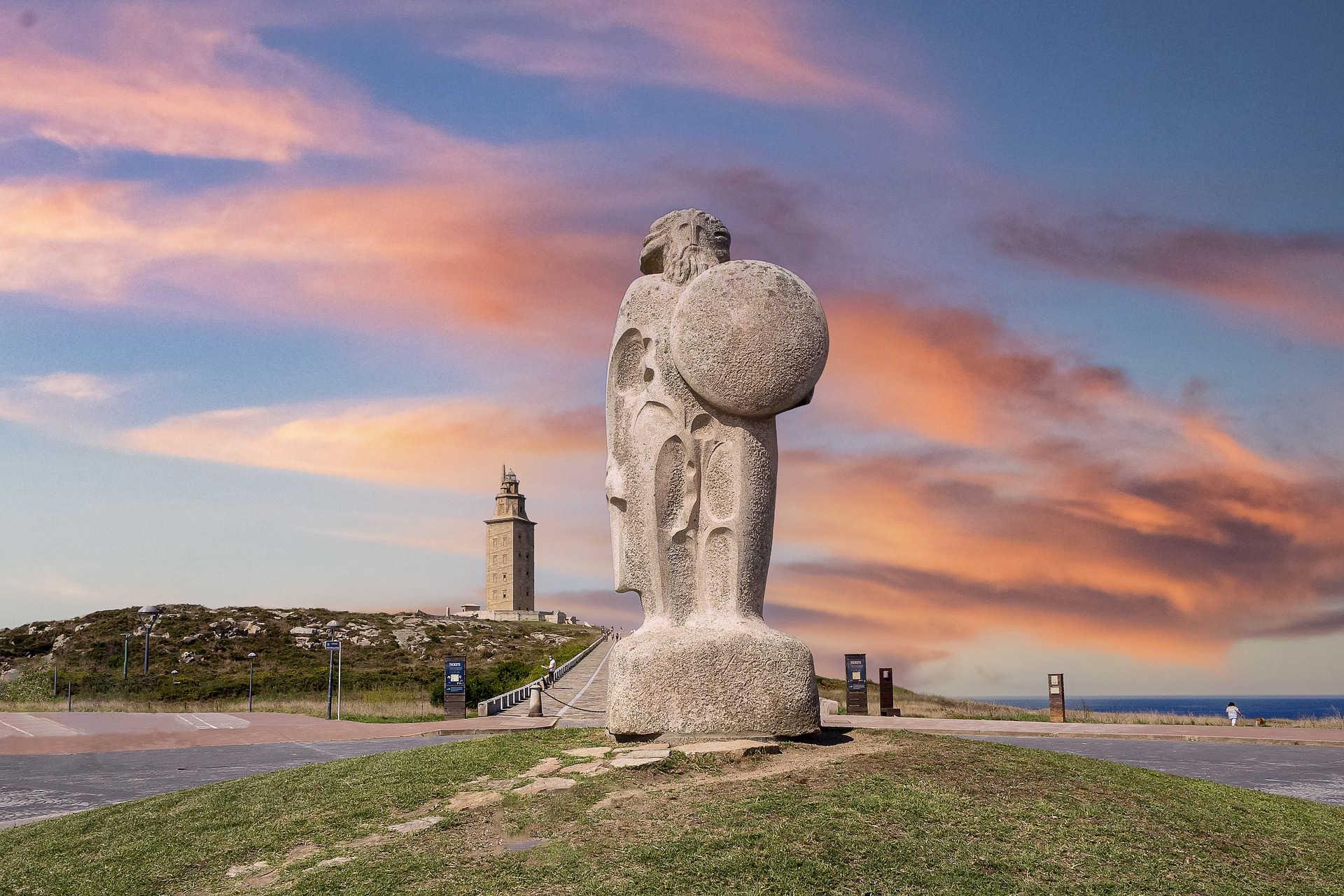 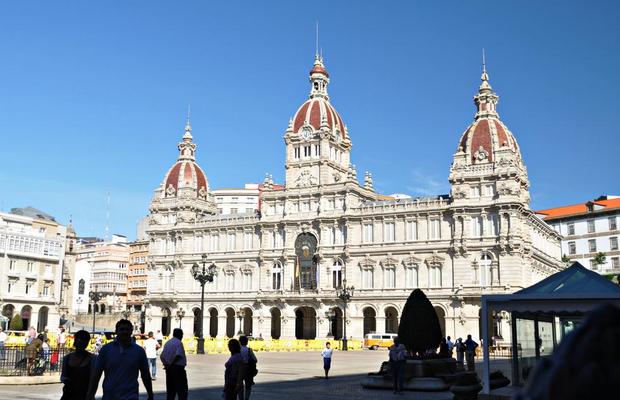 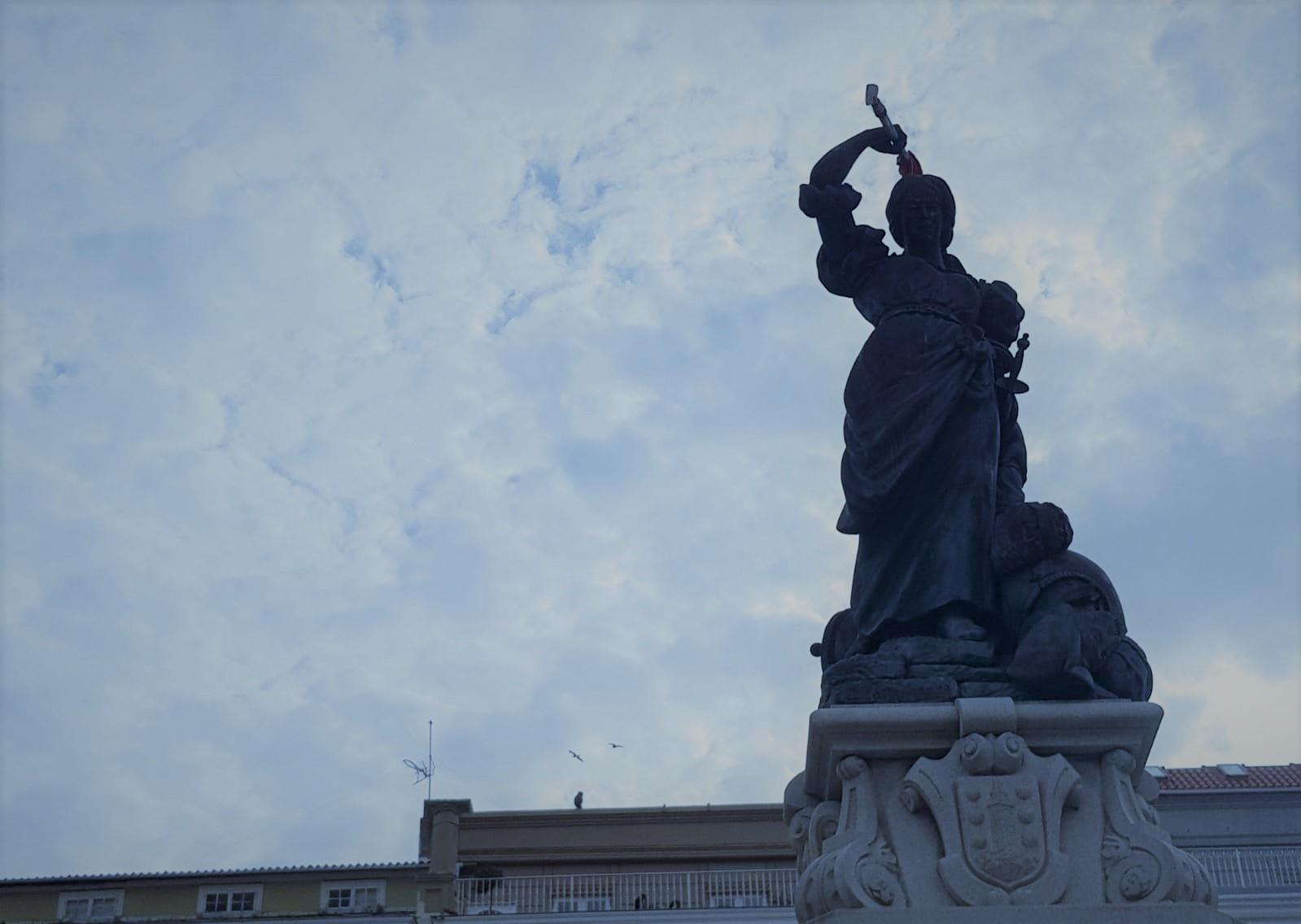 Night Freetour Women of A Coruña