Get to know the most famous village in Spain. Stroll through its whitewashed streets, visit its picturesque hermitage and discover its traditions. 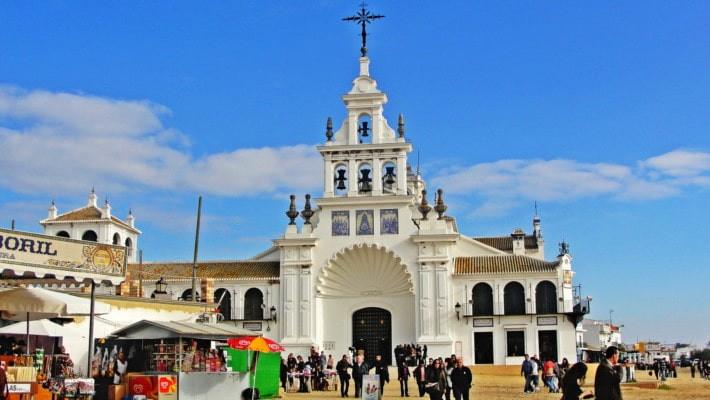 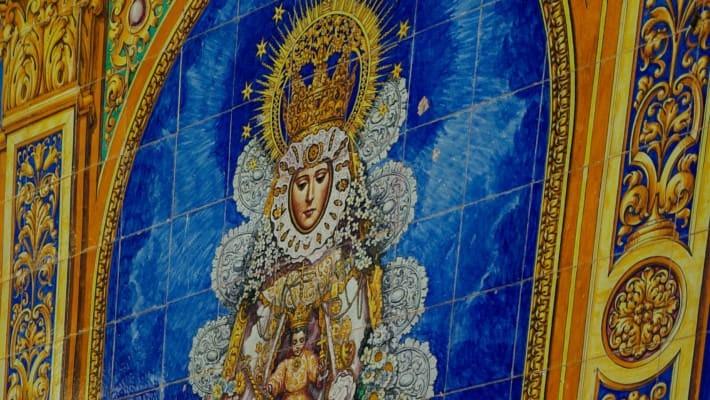 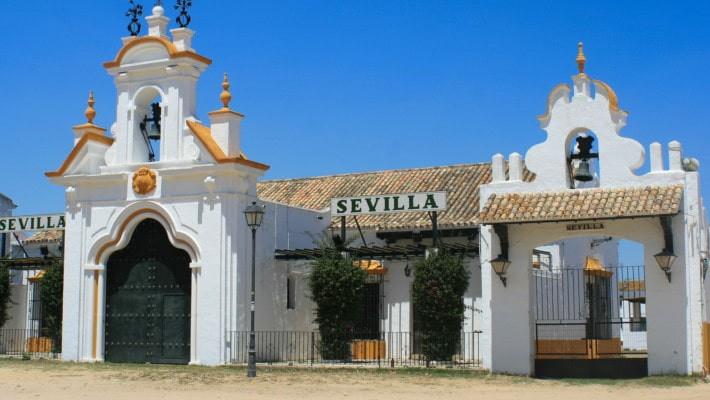 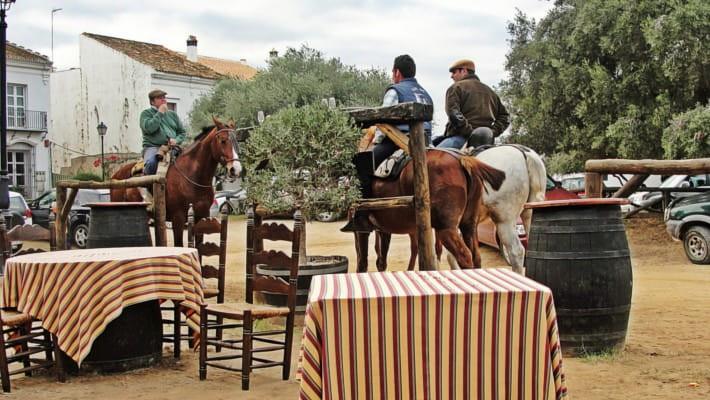 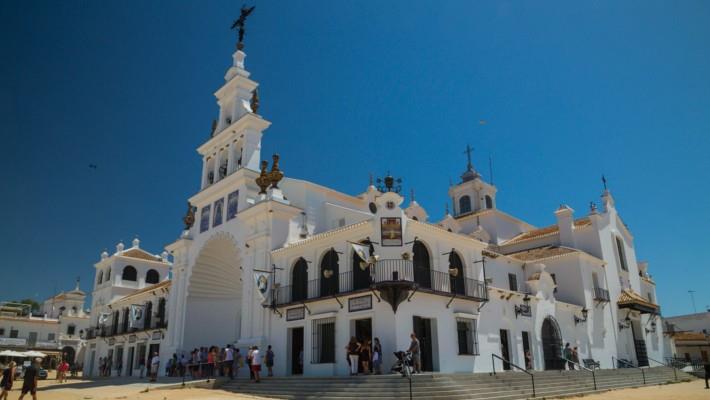 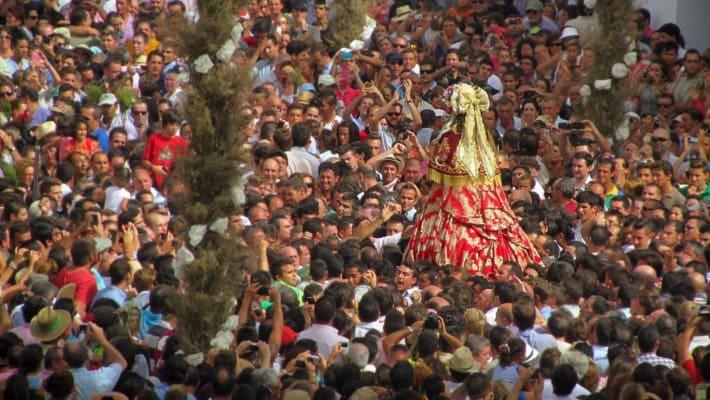 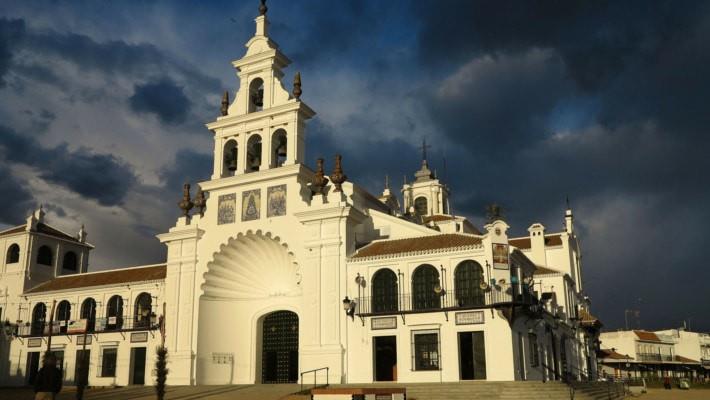 Do you want to visit the most famous village in Spain? Do you want to know the place where the most popular pilgrimage in the world is celebrated? Come to our El Rocío Essential Free Tour and you can walk through this picturesque village on the shores of the Guadalquivir Marshes and near the Doñana National Park.

We will begin our guided tour in Spanish by walking through the village to enjoy its characteristic appearance as a typical white town of Andalusia, in which yellow colours and tiles are also displayed, as in some neighbouring Sevillian towns; It is not surprising because the entire province of Huelva, together with that of Cádiz, was part of the Kingdom of Seville until the 19th century.

We will approach the well-known Hermitage of El Rocío, which dates back to the 14th century and was already mentioned by King Alfonso XI in the historic Book of Hunting with the name of Santa María de las Rocinas. But it will not be until the seventeenth century when the virgin and the hermitage receive their current name and the pilgrimage acquires popularity due to the founding of the first brotherhoods. Even Almonte proclaimed the Virgen del Rocío patron of the town during that century.

You will be able to know the origin of this Marian dedication, which is said to have been discovered in the hollow of an ancient wild olive tree by Gregorio Medina, a hunter from Villamanrique. The image is believed to be from the thirteenth century although its current appearance was acquired in the sixteenth century adopting the fashion of the time as a lady of the court. But did you know that Rocieras celebrations are based on ancestral cults to the goddess Cibeles?

But in our El Rocío Essential Free Tour you will also be able to learn about other centuries-old traditions such as the Saca de las Yeguas, similar to the Galician Rapa das bestas. In it, the ranchers take beautiful marsh horses, in danger of extinction, to cut their manes and shoe them, passing through El Rocío to bless them. Are you coming?

Super safe route! COVID-19 efforts
Our route takes the recommendations and key considerations of security and protection against Coronavirus.
How to book?
Limited availability. Book as soon as possible to guarantee availability. Choose date and fill in the required fields. Secure and protected payment. You will immediately receive your booking confirmation.
Is the interior of the monuments visited?
Exterior and interior of most named sites
Is the tour adapted for people with reduced mobility?
Almost fully adapted
Are animals allowed?
Not
Activity recommended for children?
Yes, families are welcome
Guaranteed departures without min of travelers
Not 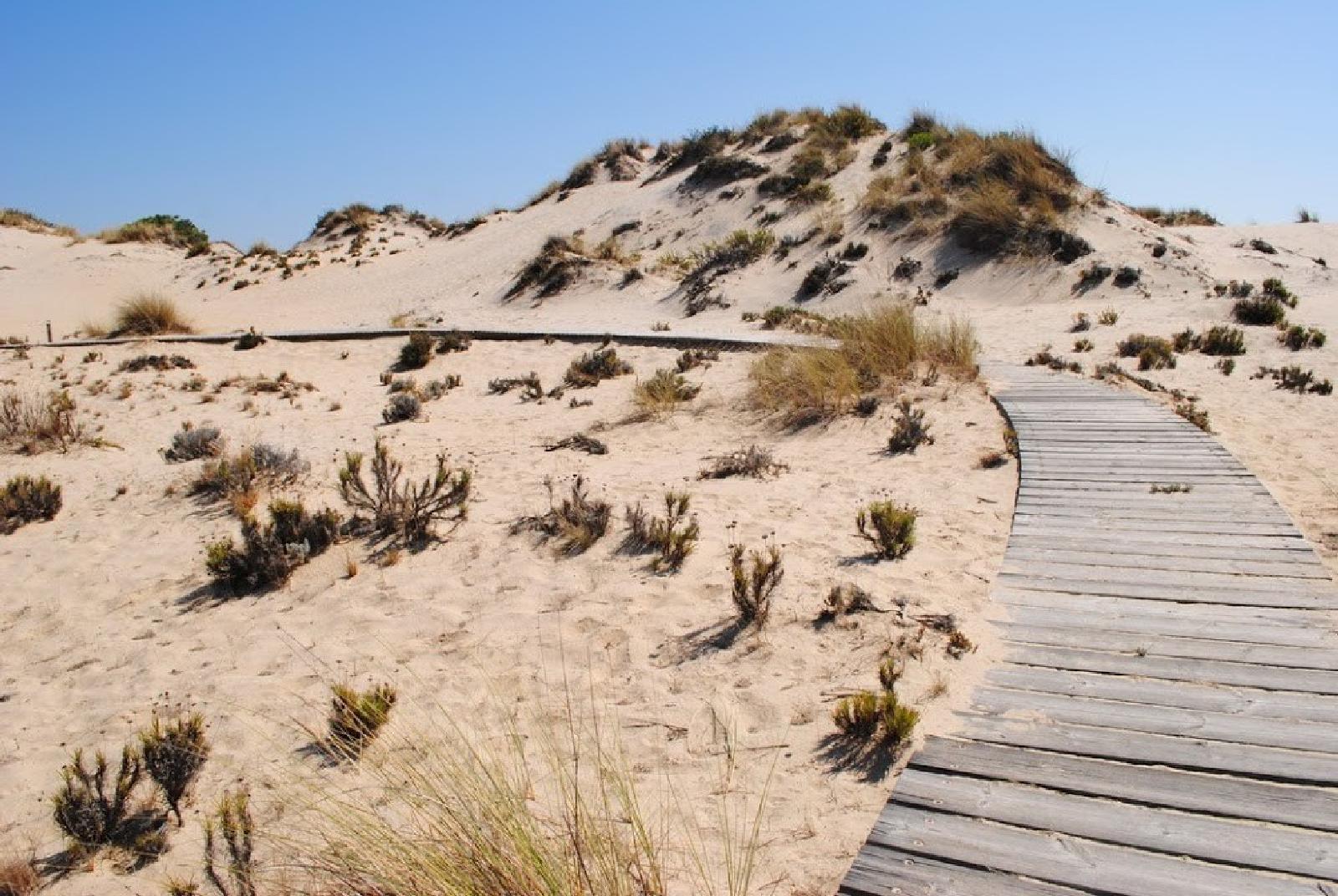