Would you like to unfold how was the Nazism in Prague? Come relive the toughest times that suffered the country, and admire the monument that played an important role in the past. 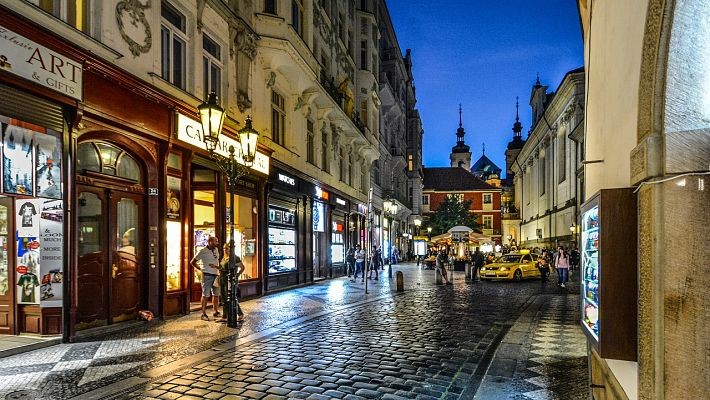 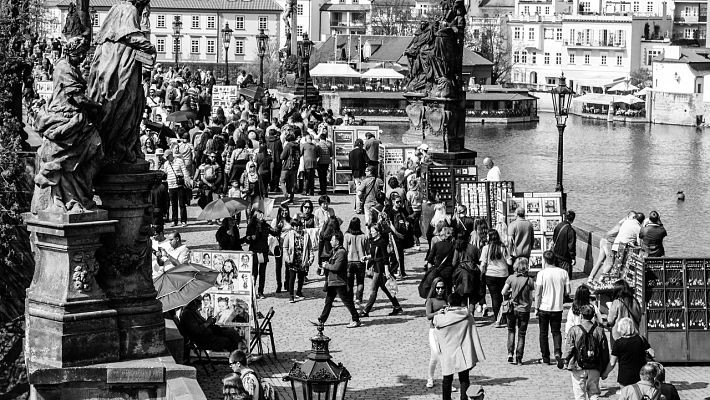 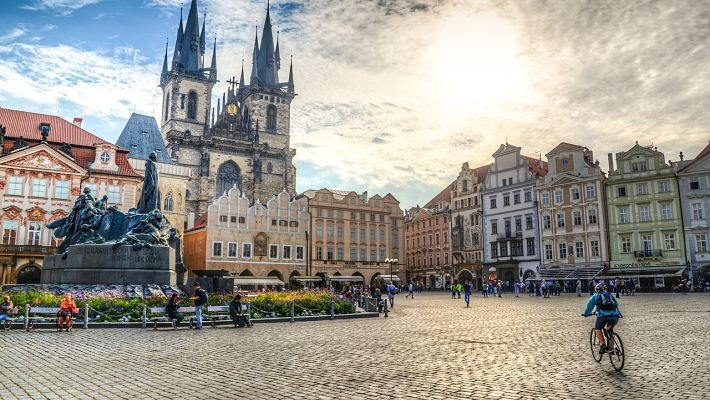 Learn the history of Prague during the XX century, the Second World War, and the times of Nazism, with our World War II in Prague Free Walking Tour. Enjoy an un unforgettable experience along the New Town of Prague, where we will figure out the hardest stories that reveal the past of the city.

With the company of our Spanish speaking guide, we will start our route in The Rudolfinum, the popular concert hall and home of the Czech Philharmonic Orchestra.

We will continue towards the Dancing House, the deconstructivist building and the symbol of the modern art in the city, which combines different styles; and The National Theatre, next to the Moldova River, where we will learn its importance for the art, culture and language of Czech Republic.

Then, we will admire the St Cyril and St Methodius Cathedral, where the terrific Operation Anthropoid took place, and reveal the cruel story about the two paratroopers and their assassination plan to exterminate the Hitler’s successor, known as “The Butcher”.

Finally, we will walk towards the Charles Square, the largest one in the city and maybe in the world, where is located the Church of St Ignatius; and the New City Hall where dominates its impressive Gothic tower.

Come relive the most significant events that marked the XX century, and learn the horrifying stories about the Nazism in Prague. Don’t miss out the opportunity to unfold the darkest side of the city, and book our World War II in Prague Free Walking Tour.

Duration
3 hours 30 minutes
Lenguage
Spanish Speaking Guide
Rates
Free Tour
Time
You can check it on the calendar (on the right side) or on the Book button!
Outside guided visit
We will visit from outside all monuments and places of our tour

In front of The Rudolfinum, home of the Czech Philharmonic Orchestra.

How to book?
Limited tickets. Do not miss it! Choose the date on the calendar and fill in with your details to complete the booking. Immediate confirmation.
When to book?
We accept reservations up to 3 hours prior to the beginning of the activity.
Planning an activity for more than 8 people?
Groups of 8 people or more are subject to a €8 per person charge. You may also consider booking a private tour to get your own private guide. For further information here.
Do the tours run despite bad weather conditions and public holidays?
Affirmative! Otherwise we will contact you in advance to inform you about it.
Can I modify or cancel my booking?
Are you unable to attend our tour? Let us know to reschedule your booking.
Super safe route! COVID-19 efforts