The views of the illuminated city are the perfect scenery for delving deep into the myths, magic and legends once present in the capital of the Czech Republic. 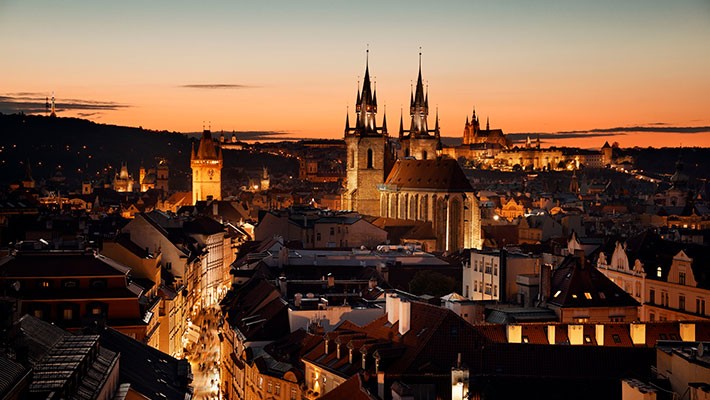 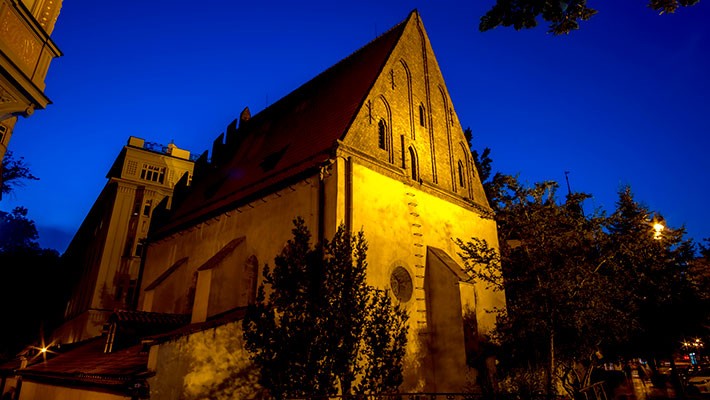 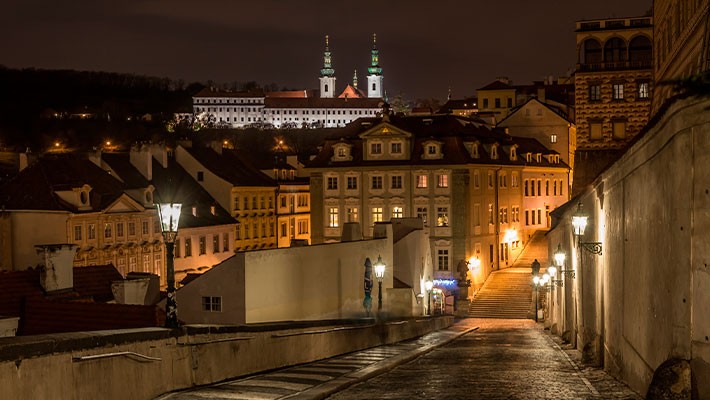 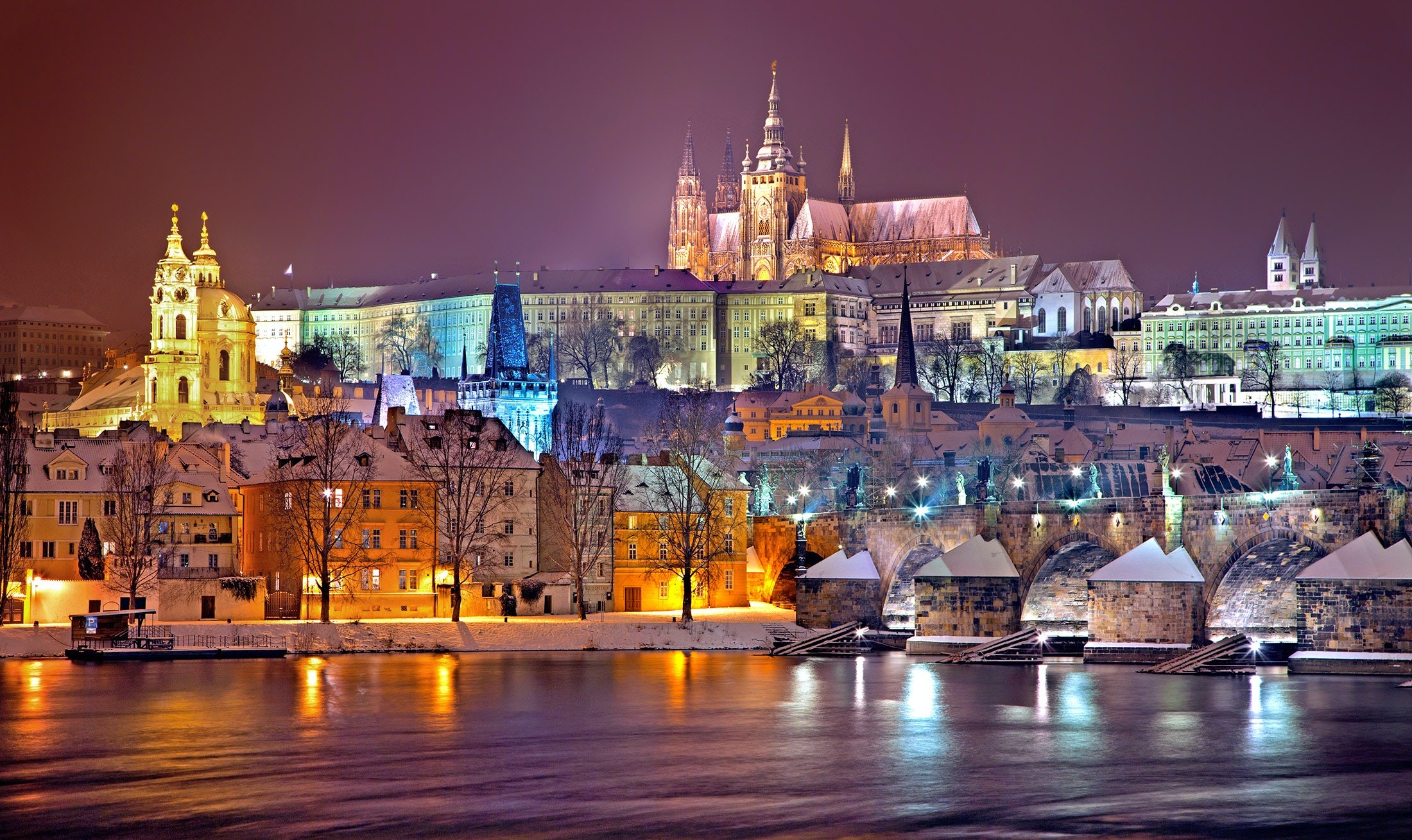 Things to do Prague Ghost Tour

The Prague Ghost Tour is a great option if you wish to explore the stories and best places tucked away in this bohemian city. Join us as we reveal the secrets and intriguing facts behind the Czech Republic under the moonlight.

History and secrets hidden between its main landmarks

As night falls, the shadows appear transforming the streets of Prague. In the company of our Spanish speaking guide, enjoy the best scene offered on a tour that blends magic with reality and unveils the darkest side of Prague.

During the tour, visit the Clementinum, one of the main cultural icons of hidden Prague and the second biggest architectural complex in the city. It was built as Prague´s first university and later became a Jesuit school.

We will reveal the hidden myth behind the Church of St. Lawrence as well as the hidden mysteries deep within the Bethlehem Chapel, one of the most relevant buildings in the medieval history of the city.

Moreover, wander off for a stroll along the most dismal and frightening streets until you reach the Old-New Synagogue, the oldest in all of Europe and one of the most valuable Jewish monuments in the entire world. Legend claims that in its attic the body of Golem is kept. Do you want to know more?

Lastly, we will reveal the turbulent past of the Convent of Saint Agnes, located on the banks of the Vltava river and the hidden secrets within its walls.

What are you waiting for? The most historic Prague awaits you ready to reveal its enigmas, ghost stories, mysteries of death and its most dramatic past on our Prague Ghost Tour. If you manage to come out alive, we´ll treat you to a beer so you don´t leave with a bad taste in your mouth!

Duration
2 hours 30 minutes
Language
Spanish speaking guide
Rates
Adults: € 15
Students (18-26): € 13
Children (14-17): € 13
Children (0-13): Free
Time
You can check it on the calendar (on the right side) or on the Book button!
Outside guided visit
We will visit from outside all monuments and places of our tour description
Accessibility
The route is not suitable for people with reduced mobility. Anyway, you can enjoy the extensive array of activities that we offer!

The best Spanish Speaking guides of Prague
Beer, wine, juice or soft drink at the end of the tour
Covid-19 safety and protection regulations

In front of Rudolfinum.

How to book?
Limited availability. Book as soon as possible to guarantee availability. Choose date and fill in the required fields. Secure and protected payment. You will immediately receive your booking confirmation.
Do the tours run despite bad weather conditions and public holidays?
Affirmative! Otherwise we will contact you in advance to inform you about it.
Can I modify or cancel my booking?
If you modify or cancel your booking at least 24 hours in advance of the scheduled departure, there is no cancellation fee.
Important
Alcoholic drinks will be only offered to adults.
Super safe route! COVID-19 efforts 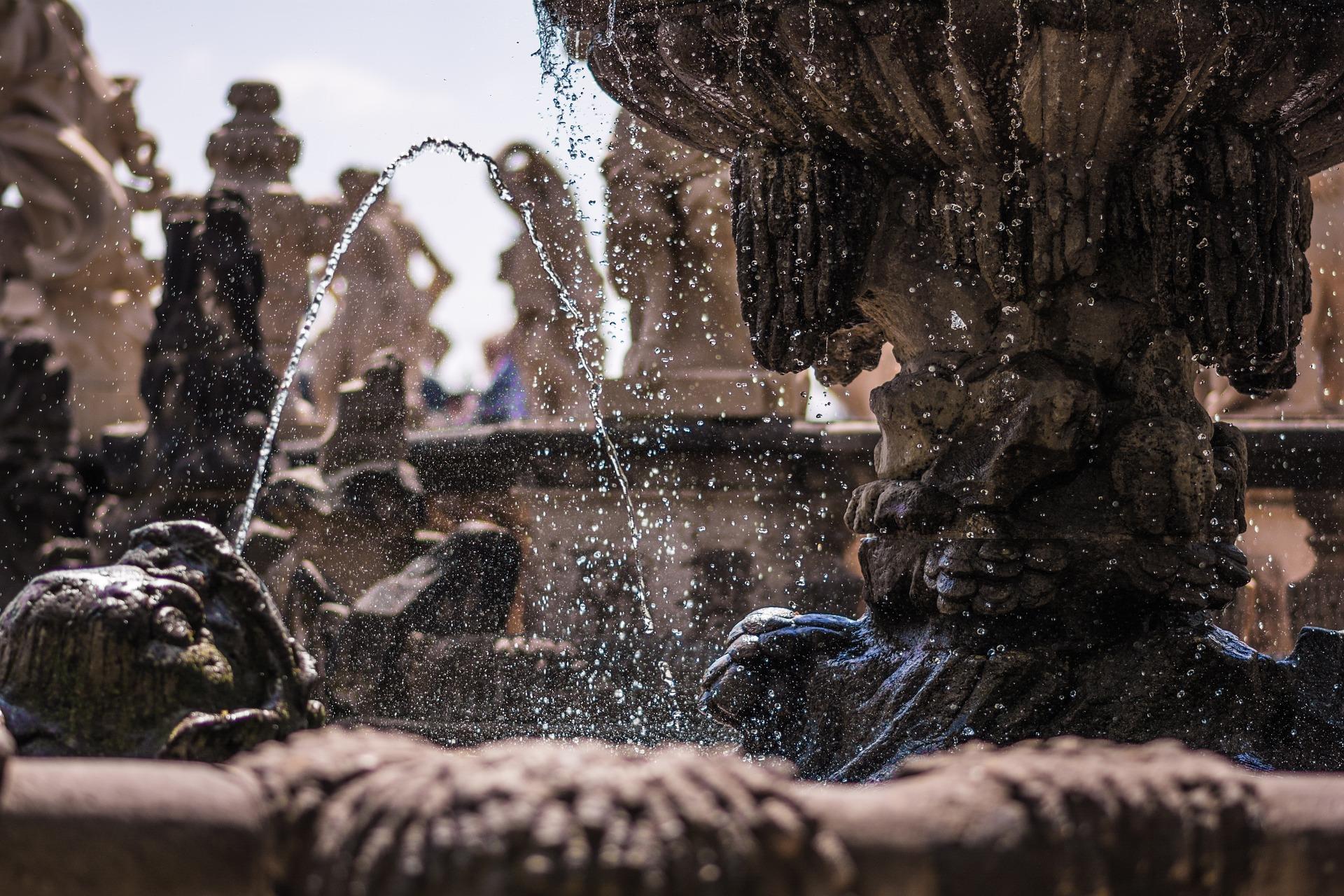 Private Tour from Prague to Dresde