Come and discover one of the most valuable treasures in Mexico and admire the stunning archaeological landscapes of Teotihuacán. 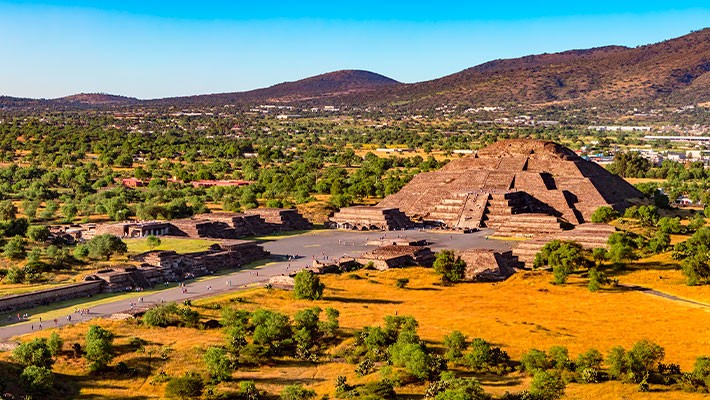 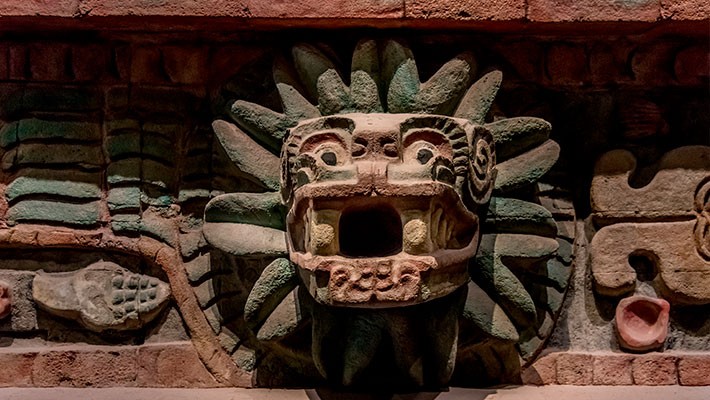 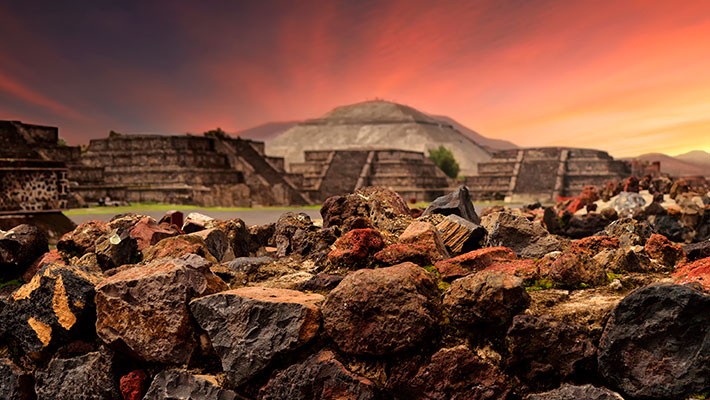 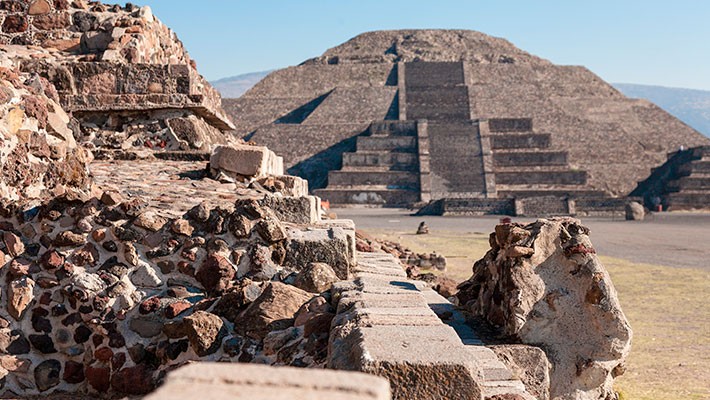 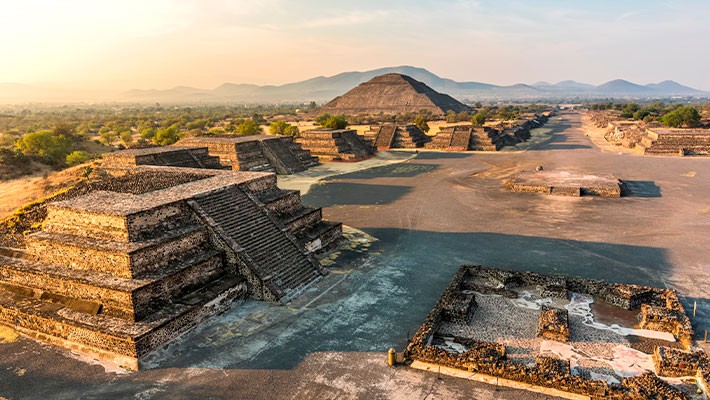 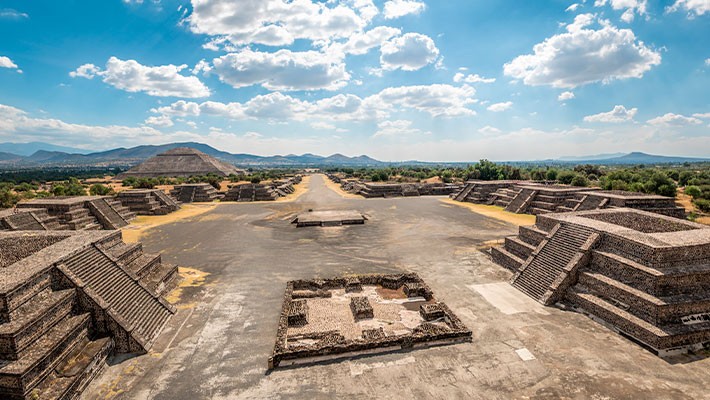 Things to do Teotihuacan Day Trip from Mexico City

We invite you to escape from the hustle and bustle of the city and immerse yourself in one of the most stunning landscapes in the world when you sign up to our Teotihuacán Day Trip from Mexico City. Don’t miss the opportunity to explore this archaeological jewel of Mexico.

To set off on our adventure, we will depart nice and early from the City of Mexico and tour the City of Gods as we catch the first rays of the sun and be impressed by the majesty of its pyramids.

Visit the impressive Pyramid of the Sun, the 65-metre-high pyramid is the largest building in Teotihuacán and the most distinctive within the archaeological centre. Visit also the Quetzalpapalotl Palace, a complex of ruins among where some murals can still be appreciated in its structure.

Our adventure continues around the imposing Boulevard of the Dead (Calzada de los Muertos), the main axis of the pyramids. It stretches over 4 kilometres all the way to the Pyramid of the Moon, another must-see on our visit. The latter reaches 45 metres high and is the second largest but due to its perspective, seems only to have the same size as the Pyramid of the Sun.

Delve into the Citadel another architectonic complex laid out in a rectangular shape. It was a walled structure which enclosed the Pyramid dedicated to Quezalcoatl. It was later covered by the Adosada platform leading to the current Pyramid of the Feathered Serpent characterized by the many sculptures of snakes and sea-life elements.

Next to this, is the San Juan River, one of the reasons for the settlement of prehispanic cultures. Although it served the great city of more than 200,0000 inhabitants, today it is only used for pouring waste waters into it and is in a state of neglect.

Join us as we discover the “city where men become Gods” and be taken away by the amazing landscape of archaeological temples and monuments with our Teotihuacán Day Trip from Mexico City.

Highlights to see in Teotihuacan Day Trip from Mexico City

Duration
6 hours
Language
English speaking guide
Rates
30 €
Time
You can check it on the calendar (on the right side) or on the Book button!

How to book?
Limited availability. Book as soon as possible to guarantee availability. Choose date and fill in the required fields. Secure and protected payment. You will immediately receive your booking confirmation.
When to book?
We accept reservations up to 48 hours prior to the beginning of the activity.
Planning an activity for more than 30 people?
You may also consider booking a private tour to get your own private guide. For further information here.
Do the tours run despite bad weather conditions and public holidays?
Affirmative! Otherwise we will contact you in advance to inform you about it.
Can I modify or cancel my booking?
Are you unable to attend our tour? Let us know to reschedule your booking. || If you modify or cancel your booking at least 48 hours in advance of the scheduled departure, there is no cancellation fee.
Important

We don't stop at any restaurants please bring your own lunch, water, some snacks, comfortable shoes and sunscreen.