Enjoy a magical night and admire the illuminated monuments which stand in Nizhny, one of the most beautiful cities in Russia. 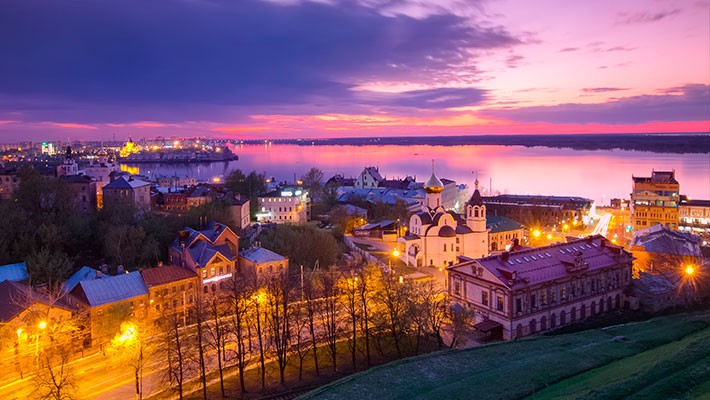 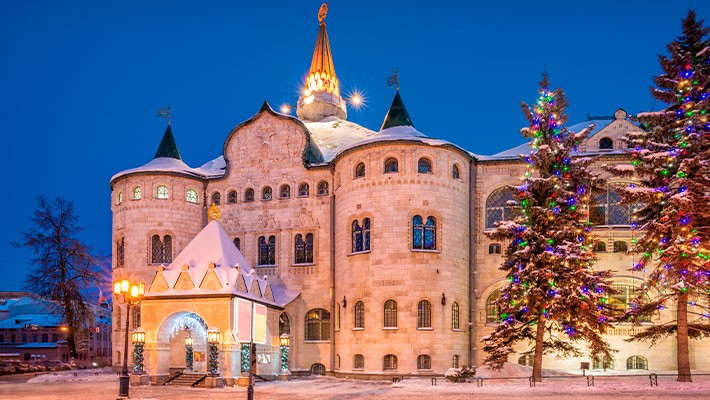 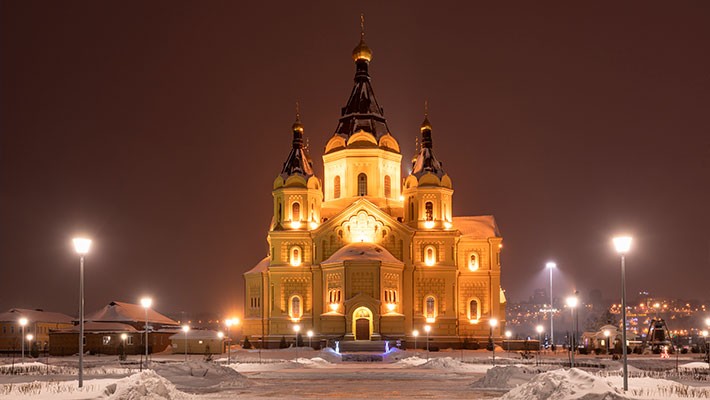 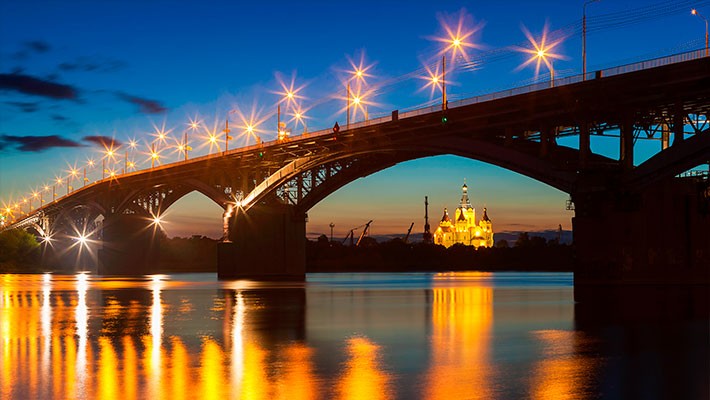 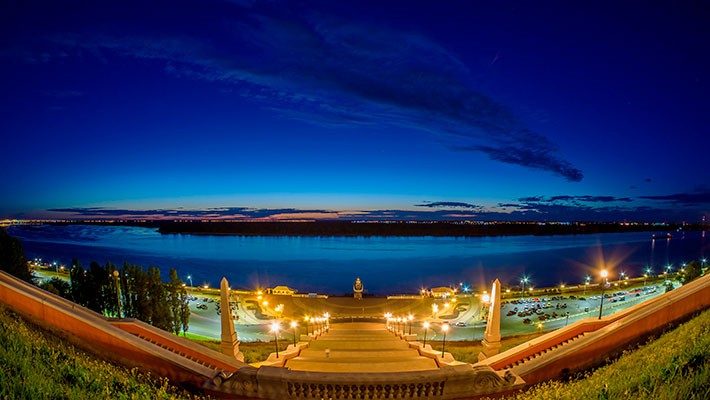 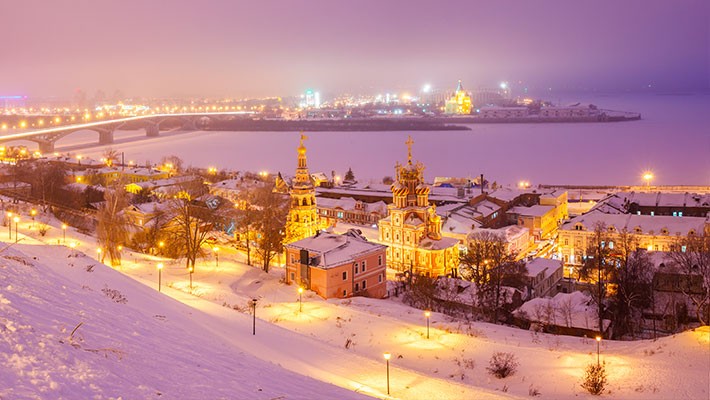 Things to do Nizhni by Night Tour

The Nizhni by Night Tour takes you on a tour around the magic present in its streets and around its monuments which light up after the sun goes down. Tour Nizhni Novgorod under the moonlight and discover its intense history during a magical night.

Alongside our Spanish speaking guide, wander around the historic centre and some of its most emblematic places as we unveil its past. During the Soviet era, the city changed its name to Gorky and was known as the “forbidden city” as it was off-limits to foreign visitors to ensure its security during military investigation. Find out how it survived heavy bombings and all about its transformation until this day.

Nizhni is the fifth most populous city in Russia and is a city considered of diverse religions and of great artistic richness. It is built at the confluence of two rivers: the Oka and Volga right in the heart of the city which provides us with a stunning picture postcard image.

Amongst its most significant places we will come across the State Bank of the Russian Empire, the legendary Pokrovskaya Street filled with a variety of sculptures, the Kremlin made up of twelve towers in Nizhni or the Minin and Pozharsky Square located in the heart of the city. If all manage to shine on their own, just imagine how they all shine together at night when they are all illuminated.

If you want to experience a unique night and surround yourself by the most majestic monuments, don’t think twice about signing up to our Nizhni by Night Tour. We´ll be waiting for you!

Highlights to see in Nizhni by Night Tour

Duration
2 hours
Language
Spanish speaking guide
Rates
Adults: € 20
Children (0-12): free
Time
You can check it on the calendar (on the right side) or on the Book button!
Outside guided visit
We will visit from outside all monuments and places of our tour description

Kuzma Minin, next to the monument in front of the main entrance to Kremlin.

How to book?
Limited availability. Book as soon as possible to guarantee availability. Choose date and fill in the required fields. Secure and protected payment. You will immediately receive your booking confirmation.
Do the tours run despite bad weather conditions and public holidays?
Affirmative! Otherwise we will contact you in advance to inform you about it.
Can I modify or cancel my booking?
If you modify or cancel your booking at least 24 hours in advance of the scheduled departure, there is no cancellation fee.
Super safe route! COVID-19 efforts