Dwell into the main must-see landmarks and some of the most striking places under the moonlight as you visit the historic city of Kazan. Join us on a pleasant stroll as the sun goes down along its streets. 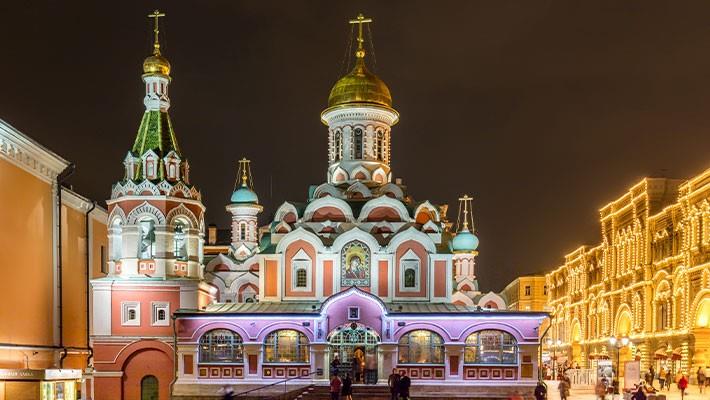 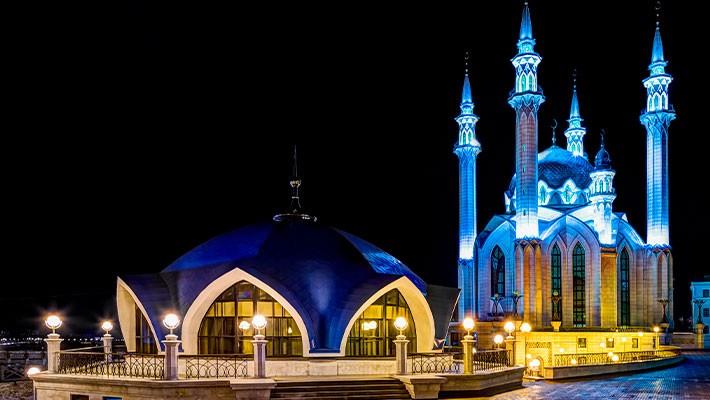 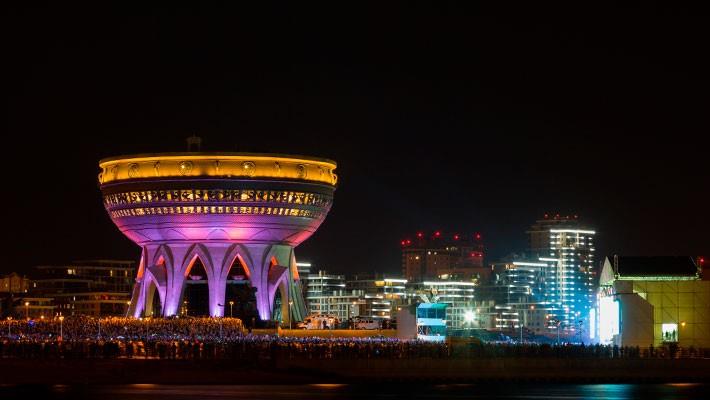 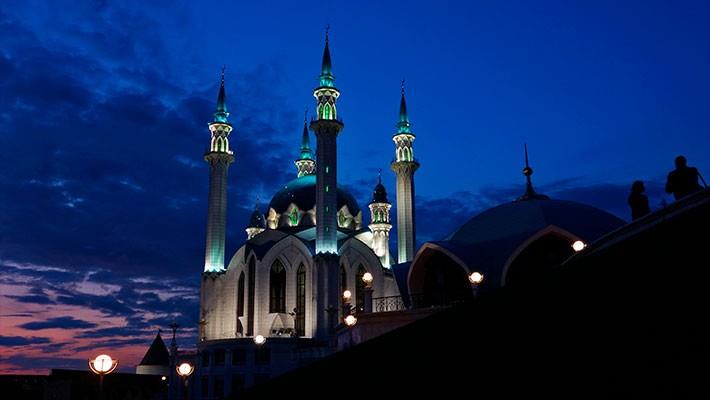 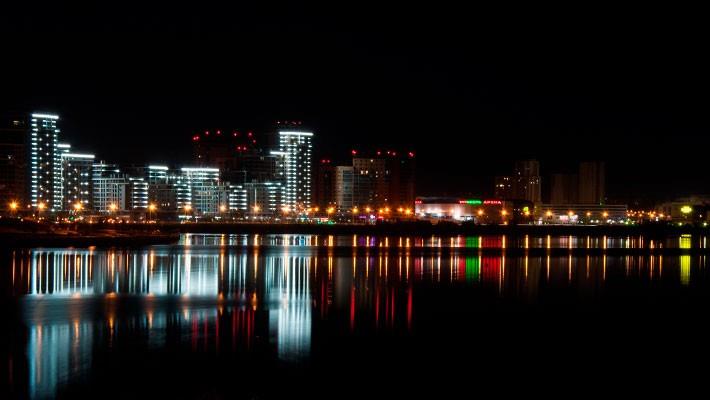 Things to do Kazan by Night Tour

The Tartar city puts on its best attire and every night it turns into a magical city. After sunset, the streets and squares light up to reveal its most emblematic landmarks. If you wish to see the city in all its splendour then don’t think twice about signing up to our Kazan by Night Tour.

In the company of our Spanish speaking guide, head towards Kazan´s Kremlin, declared a UNESCO World Heritage Site. An ancient citadel situated right in the heart of the Russian city and located at the confluence of the Volga river and the Kazanka river. It boasts a majestic presence with its imposing Kul Sharif Mosque tucked away behind the walls, one of the largest in Europe, the leaning Suyumbike Tower and the Orthodox Cathedral of the Annunciation. It also houses the residence of the President of the Republic of Tatarstan, other renowned museums and administration buildings.

After the night visit to the Kremlin, the tour continues towards the vibrant Baumana Street, the main pedestrianized commercial street in the city where most of the city´s social life takes place. Here, expect to find cafés, shops, restaurants and churches as well as the beautiful architectural building of the House of Press or the Epiphany Cathedral.

Right after, there is a visit to the Kazan State Youth Theatre which offers a wide range of theatre shows and activities aimed at children and families. It includes renowned actors and important performances. Its illuminated façade always attracts the attention of all who visit it.

Lastly, admire the Spasskaya Tower standing some 71 metres high over the wall of the Kremlin of Moscow. A truly popular monument as it is one of the most remarkable entrances with a clock installed in its façade.

If you want to come and experience the Russian city in a different way and admire its illuminated prime landmarks, don´t think twice about booking a place on the Kazan by Night Tour, a complex of architectural wonders that you will remember forever.

Highlights to see in Kazan by Night Tour