In this circuit of 4 days and 3 nights we will have the opportunity to know the most famous and visited places in the Moroccan desert. You will be able to enjoy the most beautiful arid and desert landscapes in the south of the country, thousand-year-old kasbahs, immense palm groves, beautiful Berber villages that are camouflaged in the landscape and the exciting dunes of Merzouga where you will also have the privilege of spending a night in the heart of Erg Chebbi in a haimas camp.

This is one of our star routes for being one of the most requested. In this circuit of 4 days and 3 nights it is ideal for those who have more time and want to enjoy the Merzouga desert to the fullest and the way to go to get there. Of course: both proposals share something: the indescribable sensation of moving through the dunes of Erg Chebbi and sleeping in them.

This route to the Merzouga desert begins in Marrakech, wherever you want: you can do it from the airport itself, as soon as you land, or from any other point in the Red City, such as your hotel. There our driver / guide will be waiting for you with a comfortable vehicle for the entire route.

We will cross the High Atlas mountains through the Tizi N’tichka pass, which offers unbeatable views of the peaks of this mountain range, snow-capped from autumn to spring. The first major stop on this day will be the kasbah of Ait Ben Haddou: your visit (optional) is full of reasons, including its declaration as a Unesco World Heritage Site and its choice as a filming location in important films and series (Lawrence de Arabia, Game of Thrones).

Crossing Ouarzazate, the Hollywood of Morocco, we enter the road of the ‘thousand kasbahs’, named for the large number of adobe fortresses it houses. The Valley of the Roses, first, and the Dades Valley, later, are in charge of bringing color and vegetation to this final stretch of the first day.

A charming riad in the Dades Valley will be the accommodation chosen to dine and rest on the night of this first day of the route to the Merzouga desert.

• Meeting with the guide / driver and departure from Marrakech by road

• Route by road, which includes:

o Route of the thousand kasbahs

or Valley of the Roses

• Dinner and night in a charming riad, in the Dades Valley

The second day begins with breakfast at the riad, where the experiences to be lived in the first person will be even greater. The best aperitif, before reaching the Merzouga desert, are the Todra Gorges: our vehicle will travel its winding roads safely, but we will also set foot on land to get to know its spectacular rocky walls and the small sheet of river that it has made. possible this miracle of nature.

The Merzouga desert deserves a similar qualification, ‘bathed’ by a sea of ​​dunes of fine golden sand. In this town that gives them their name, we will have a reference hotel where we will change the 'vehicle': the four wheels will give way to the humps, as we will climb on the backs of our dromedaries to reach the jaimas camp (optional and replaceable by a 4x4 vehicle).

The sunset in the dunes of Erg Chebbi will become one of the most special moments of the route to the Merzouga desert, as well as the contemplation of the stars in an especially clear and bright night sky.

At the end of the day, it will be time to enjoy dinner and a restful sleep in the Berber tents of the camp, where not a single detail of comfort is missing.

• Breakfast at the riad in the Dades Valley

• Visit to the Todra Gorges

• Arrival in Merzouga and dromedary ride to the camp

• Dinner and night in the jaimas

The incomparable sunrise of the Merzouga desert will say good morning to you at the beginning of the third day. A show of light and silence that will be followed by the ride on a dromedary to return to Merzouga on a dromedary. During the morning you can also clean up (at the camp or in a hotel, depending on the package contracted) to continue with greater comfort.

Back on the road, the Merzouga desert will be left behind to continue through other sectors of the Sahara desert, where places of interest are also located. This is the case of Rissani, which has the largest traditional medina in the south of the country. After Rissani, we will continue through Alnif, Tazarine and N'Kob, all of them small towns that maintain the charm of the ancient Berber settlements of the desert.

Shortly after, we will deviate slightly from our route to the south to enter the Draa Valley: in this way we will be able to see the largest palm grove in North Africa in all its magnitude. Before reaching Zagora, we will retrace our steps until we reach Ouarzazate. This city, considered the ‘Puerta del Desierto’, will now be our ‘exit door’ the next day, because here we will spend the night in a comfortable hotel, with dinner included.

• Sunrise in the dunes of Erg Chebbi

• Breakfast and shower (at the camp or in a hotel, depending on the package contracted) • Road route through Alnif, Tazarine, N’Kob and the Draa Valley

• Dinner and hotel night in Ouarzazate

The fourth and last day of this route through the Merzouga desert will take us back to Marrakech. But after breakfast at the hotel, there will still be time to visit one more monument: the spectacular Taourirt kasbah, one of the largest and best preserved in southern Morocco. Your visit, which is optional, will allow you to appreciate its careful decoration with adobe bricks on the outside and with plasterwork and colored tiles in different passages inside.

After the visit, we will hit the road again to complete the last 200 km that separate us from Marrakech. To get to the Red City we will cross the Atlas through the port of Tizi N’tichka, recalling the green landscapes and the Berber villages of the first day. Our services will end at the Marrakech airport or at any other agreed point, with a farewell of thanks, good wishes for the future and hope for a future reunion.

• Breakfast at hotel in Ouarzazate

• Visit (optional) to the kasbah of Taourirt

• Route by road to Marrakech

In these four days of travel that will take us to the Merzouga desert, we include the necessary services to enjoy the experience with comfort and safety: • Transfers to and from Marrakech airport • Vehicle with Spanish-speaking driver throughout the circuit • Night in a riad in the Dades Valley on a half board basis (dinner and breakfast) • Night in a tent camp in the Merzouga desert, with dinner included • Breakfast and shower in Merzouga (in the camp or in a hotel, depending on the package contracted) • Night in a hotel in Ouarzazate on a half-board basis (dinner and breakfast) • Excursion by dromedary through the dunes of the Merzouga desert (round trip, with one dromedary per person)

DOES NOT INCLUDE You should also bear in mind that some services are not included in the package of this route to the Merzouga desert: • International arrival and return flights • Lunches • Drinks • Entrance fees to monuments • Tips

This route to the Merzouga desert begins in Marrakech, wherever you want: you can do it from the airport itself, just after landing, or from any other point in the Red City, such as your hotel. 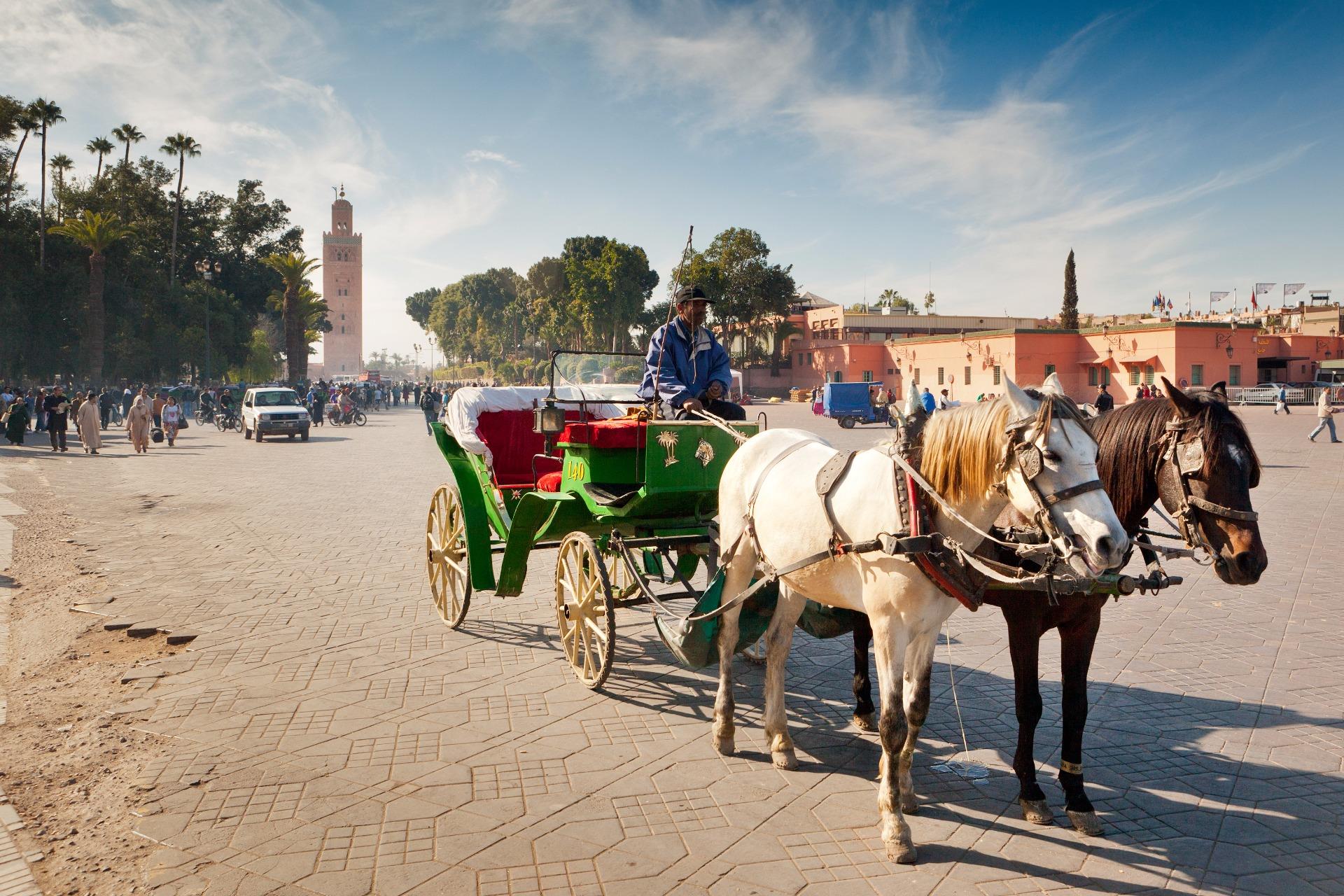 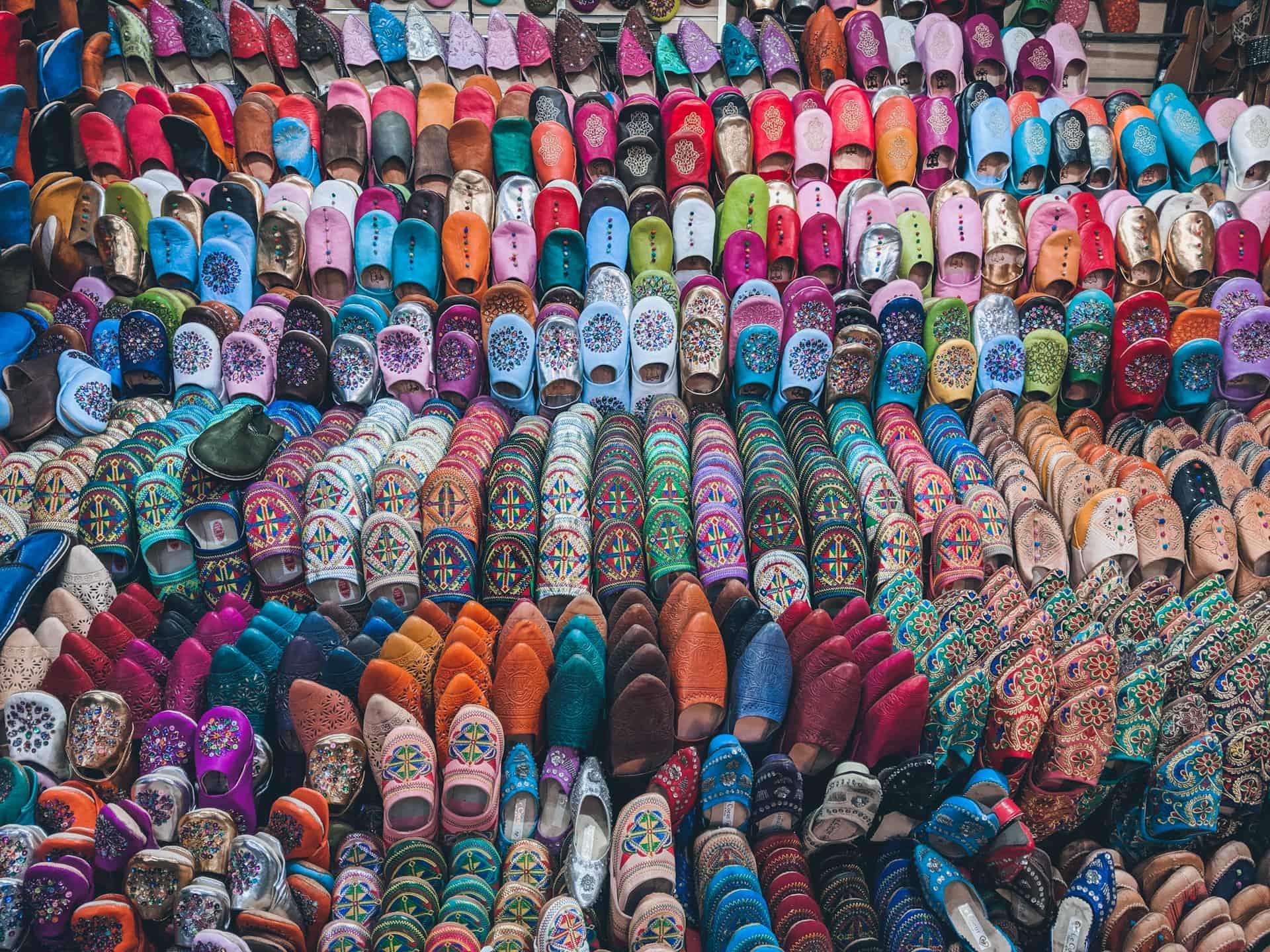