Visit Olympia, Delphi and the incredible Meteora with official English speaking guide, on a luxury bus on a 4-day classic tour. 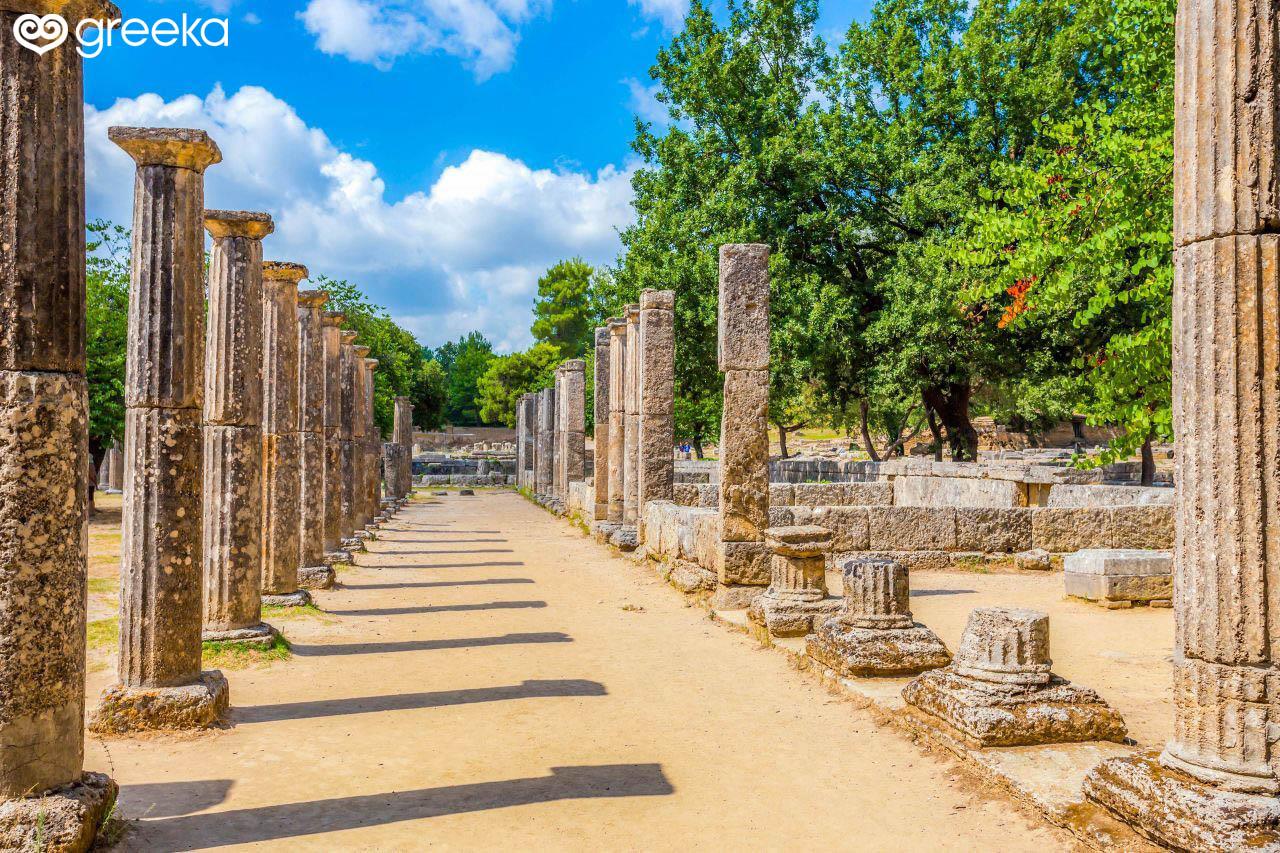 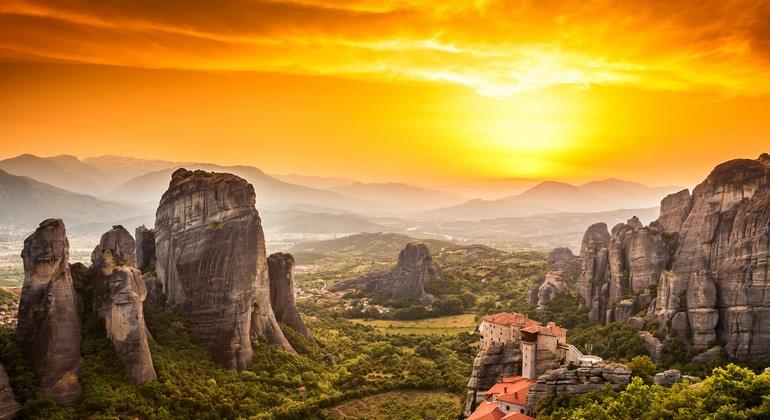 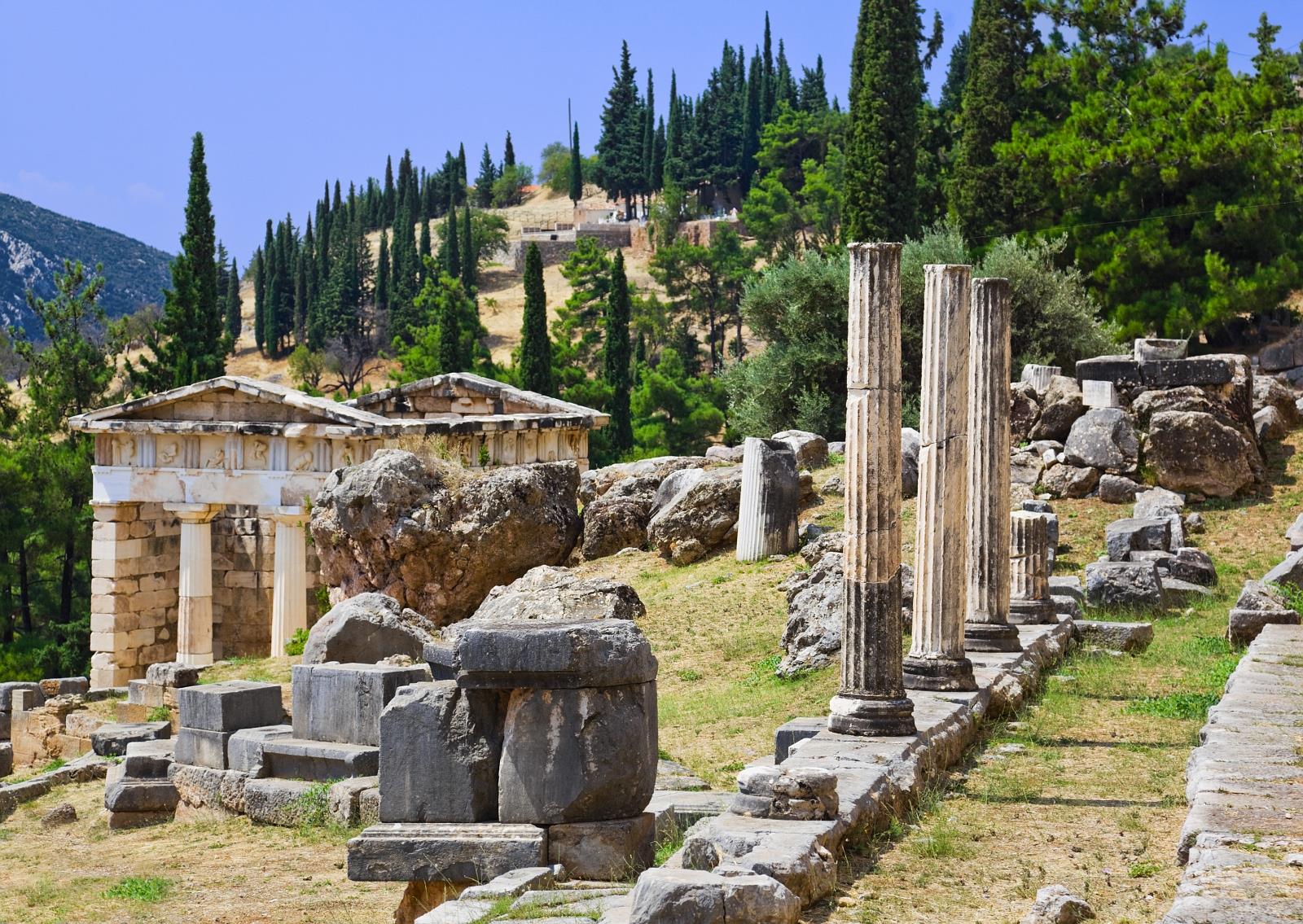 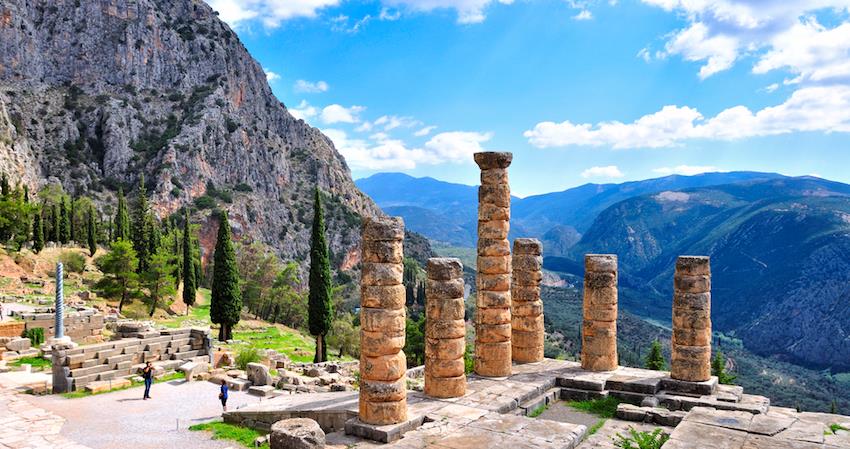 Things to do 3 days Classic Circuit from Athens

1st, dayFROM ATHENS TO OLYMPIA - CRADLE OF THE OLYMPIC GAMES

Today you will head towards the Corinth Canal, where you will stop briefly to marvel at this famous channel that connects the Aegean with the Ionian Sea. Corinth Canal is an impressive engineering feat as ships do not have to sail more than 400 km around the Peloponnese peninsula to reach the Ionian Sea any longer.

Past verdant hills, you will reach Epidaurus, where you will be immersed in the culture of the 4th century BC. Its world famous Theater is the best preserved ancient theater in Greece. Its construction was not planned as a separate site but was part of the therapeutic and healing process, achieved through the theatrical performances. World-renowned for its acoustics, it has a capacity of about 16,000 spectators and is still in use today, especially during the summer, when notable performances are staged by native and international artists.

You will briefly stop at the first capital of Greece, Nafplion, and then continuing your journey back in time, you will visit the Acropolis of Mycenae, the center of the Mycenaean civilization. In the enclosure you will see its Cyclopean walls, the Lions Gate, various tombs of ancient kings, the Palace, the Cistern and its 99 steps underground, the Tomb of Egisto and the tomb of Clytemnestra, while next to the Acropolis you will also see the Tomb, which is believed to have been the burial site of King Agamemnon.

In the late afternoon you will travel through central Peloponnese and arrive in the city of Olympia, where you will spend the night.

2nd DayFROM OLYMPIA TO THE NAVEL OF THE WORLD - DELPHI

In the morning you will visit the site of the ancient Olympic stadium, where the first games were held at around 776 BC. The importance of these games was widely accepted, given the extensive participation of the Greek cities, which suspended hostilities throughout the celebrations. The Olympiad was recognized as the only chronological event all over Greece and, basically, represented the period of four years between two consecutive events.

Olympia was also the most important sanctuary of Ancient Greece, a place to worship Zeus, the first among the gods. The gigantic gold and ivory sculpture crafted by Phidias was considered one of the seven wonders of the ancient world.

After your visit to the Museum of Olympia, you will continue your journey, across the suspension bridge of Rio - Antirion, a modern engineering wonder, until you reach your destination.

Upon your arrival at Delphi you will have dinner and a well-deserved rest.

3rd day FROM THE ORACLE TO METEORA, KALAMBAKA

In the morning and after a solid breakfast you will visit the archaeological site of Delphi, a UNESCO World Heritage site and the center or navel of the ancient world. It was here where the renowned Oracle of Delphi, a counsellor of kings and pilgrims, was to be found. Make sure you visit the Museum, which houses the "bronze charioteer", a masterpiece of Greek sculpture.

At the end of your Delphi tour, you will leave the slopes of Mount Parnassus and head towards the plains of Thessaly, where the city of Kalambaka is located.

You will arrive in Kalambaka, have dinner and enjoy a good rest.

Early in the morning we will visit Meteora, also recognised by UNESCO as a World Heritage Site since 1988. In this mysterious landscape, the natural beauty is combined with the compelling presence of the eternal monasteries suspended or "meteora" on top of the huge rocks. Currently there remain only six in use, five for the male and one for the female monastic community. On the way back to Athens, we will pass by Thermopylae, where we can see the statue of the Spartan King Leonidas I, famous for leading the battle against the Persians in 480 BC. Back to Athens in the afternoon and drop off at your hotel.

Highlights to see in 3 days Classic Circuit from Athens

From Your Hotel or point nearcby 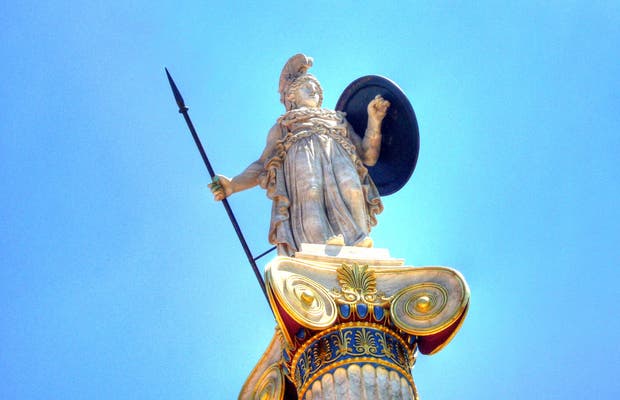 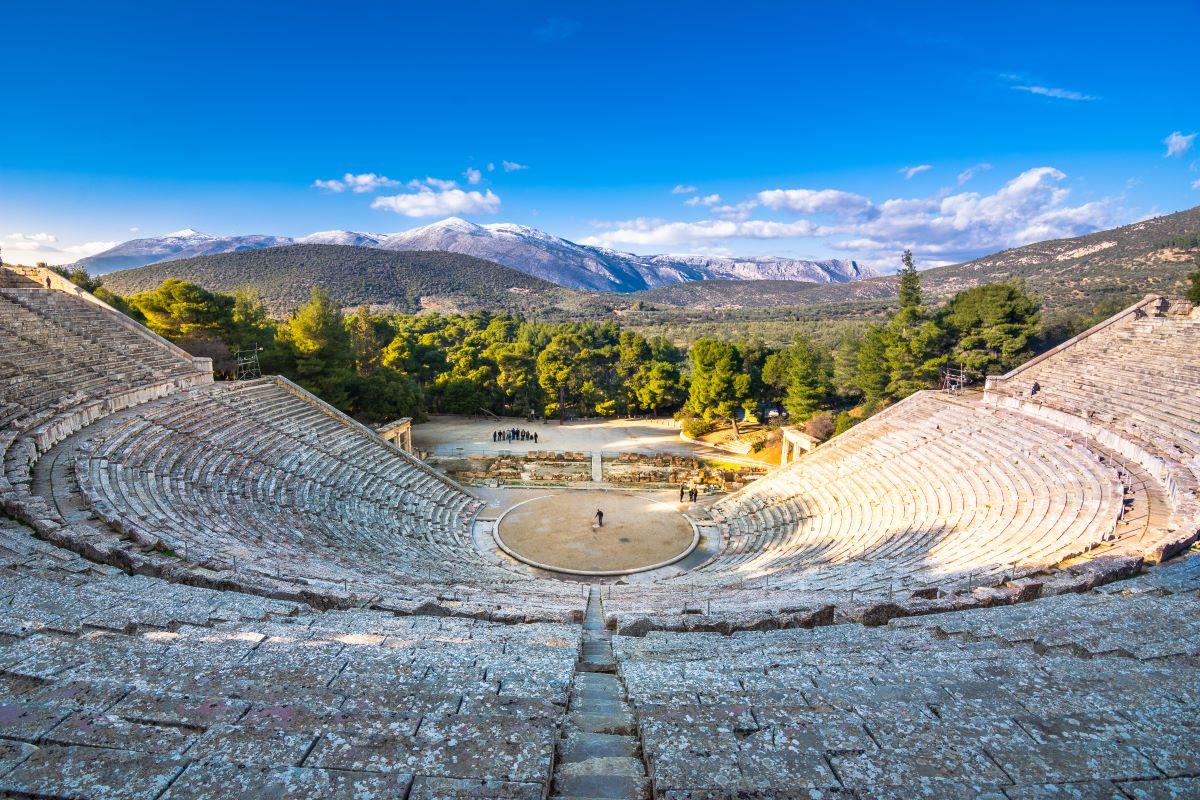 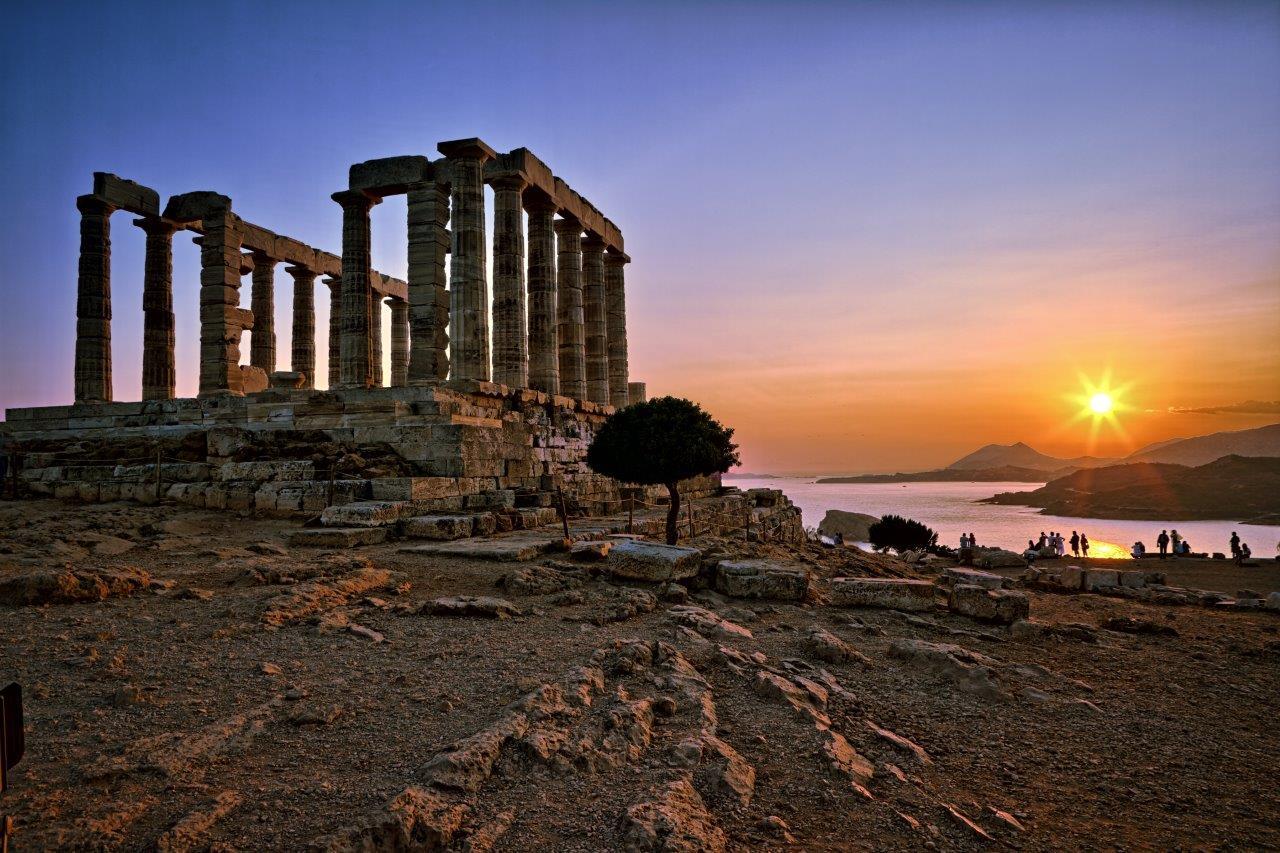