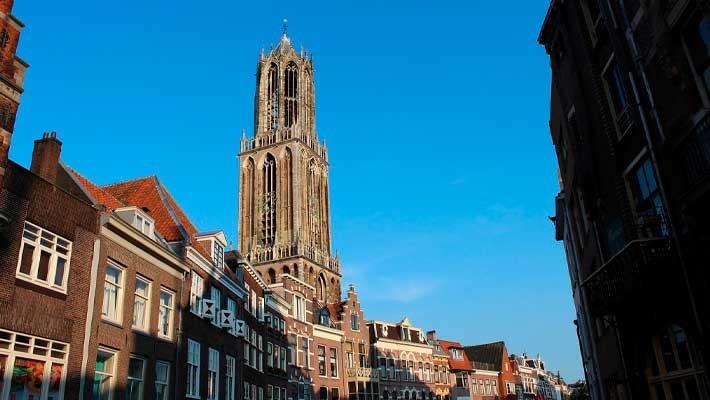 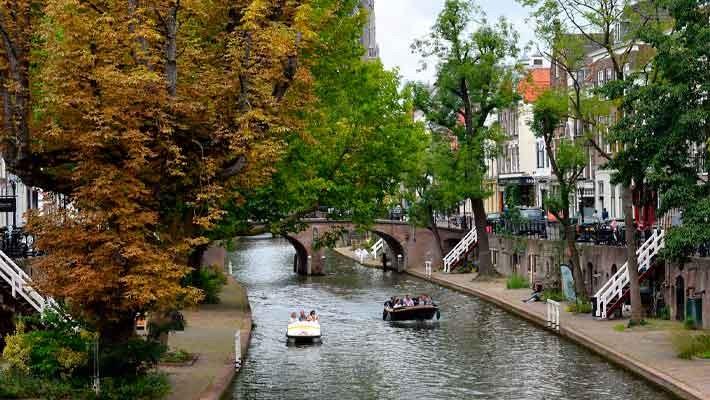 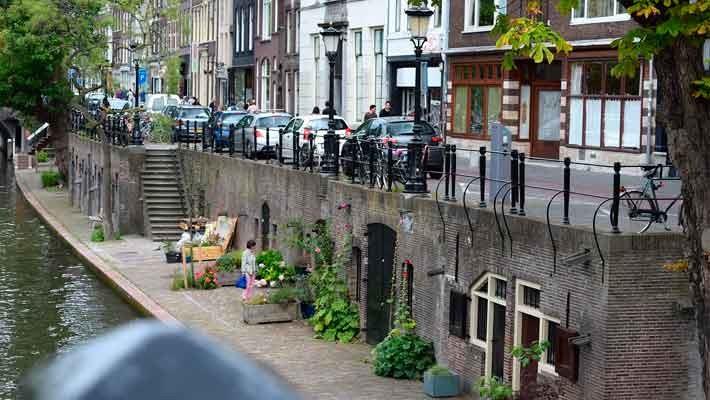 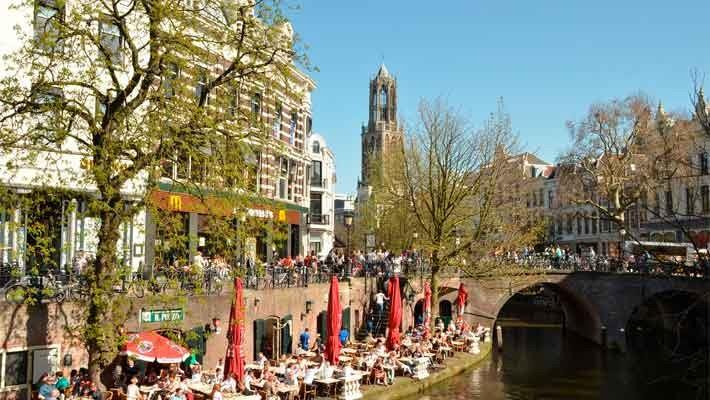 On our Utrecht Free Walking Tour enjoy a guided tour through the historic centre and see some of the castles in this small piece of Holland. Learn about the legends of Pope Adrian VI, the walls, the towers that protect the province of Utrecht like the Dom Tower and its more than 465 steps as well as visiting other sites included on our destination. Travel through lights and canals, history and a past belonging to a city hidden in the Netherlands.

Alongside our Spanish speaking guide, go for a stroll around the University of Utrecht or St. Martin´s Cathedral. The Cathedral, also known as the Dom Church was previously connected with the bell tower of the city but a tornado caused the collapse of the Cathedral´s nave. It is one of the few temples resembling the Gothic style architecture present in the Netherlands with 465 steps leading you up to the top of the tower.

The province of Utrecht is world-wide famous for a whole range of musical instruments and its fare share of museums like the Museum Speelklok, the Museum Vleeshuis or the castles that guard it like the famous De Haar Castle, the biggest fortress in Holland.

Discover also something fascinating, something that make this city unique: the Trajectum Lumen, the city´s own light tour that illuminates its small canals ensuring you don´t miss any works of art. Visit the whole Canal System and the Winkel van Sinkel as far as Nieuwegracht until we come across the Pope´s house.

The city of Utrecht has strong ties with the legacy of Pope Adrian VI, originally from this land. Did you know that this Pope didn´t even participate on the day of his appointment? Learn about this and many other anecdotes regarding this important Dutch figure.

Don´t miss a single thing on your trip to the city, learn all about the key facts on this destination and choose our Utrecht Free Walking Tour.

Duration
2 hours 30 minutes
Availability and starting time
Not available
When to book?
You can reserve up to before the activity
Free cancellation
If you will not be able to attend the tour, please cancel the reservation, so that the guide does not wait.

How to book?
Limited availability. Book as soon as possible to guarantee availability. Choose date and fill in the required fields. Secure and protected payment. You will immediately receive your booking confirmation.
Super safe route! COVID-19 efforts
Our route takes the recommendations and key considerations of security and protection against Coronavirus.
Is the interior of the monuments visited?
Only the exterior of the named sites
Is the tour adapted for people with reduced mobility?
Fully adapted
Are animals allowed?
Not
Activity recommended for children?
Yes, families are welcome
Guaranteed departures without min of travelers
Yes