Nuremberg was meant to be Hitler's ideologic capital. Learn how the Third Reich, WW2 and the Nuremberg Trials shaped the city, Germany and the whole world.

From 1933 to 1945 Adolf Hitler's Party ruled over Germany. In line with the earlier two "German" empires, the Holy Roman Empire of German Nation and the German Empire, he wanted to built a third one, bigger, more successful and more German than anything that was there before. He called it: The Third Empire, „das Dritte Reich". His dictatorship lead to Holocaust, World War II and, after its end, to a whole new world order.

Nuremberg played a mayor role in this tragedy as it was the Nazis’ ideologic capital.​

On our tour we'll take you to the National Party Rally Grounds, „Das Reichsparteitagsgelände“, an enormous Propaganda-City that was planed and built to hold annual, week-long celebrations of the Party, Germany and Nazi Ideology. In sight of the remains of the Congress-Hall and Zeppelin-Field, where hundreds of thousands where marching and hailing the dictator, you’ll understand, how and why Hitler’s Propaganda worked. ​

We'll start in the old-town, where you’ll learn about how the jewish community was deported to concentration camps, how our grandparents were hiding the bombs of ’45 in bunkers and how they built Nuremberg up again after the War while the Nazi Leaders were convicted during the Nuremberg Trials. ​

The tour takes 2.5 hours, starts Saturdays at 3.30pm at St. Lorenz church and ends at the Documentation Centre at the Rally Grounds. The tour price includes a ticket for the 10 minutes tram ride from the old-town to the rally grounds. If you have a tram ticket already, you’ll be payed back 3€ on the tour.

How to book?
Limited availability. Book as soon as possible to guarantee availability. Choose date and fill in the required fields. Secure and protected payment. You will immediately receive your booking confirmation.
Super safe route! COVID-19 efforts
Our route takes the recommendations and key considerations of security and protection against Coronavirus.
Is the interior of the monuments visited?
Only the exterior of the named sites
Is the tour adapted for people with reduced mobility?
Almost fully adapted
Guaranteed departures without min of travelers
Yes
Are animals allowed?
Not
Activity recommended for children?
Not 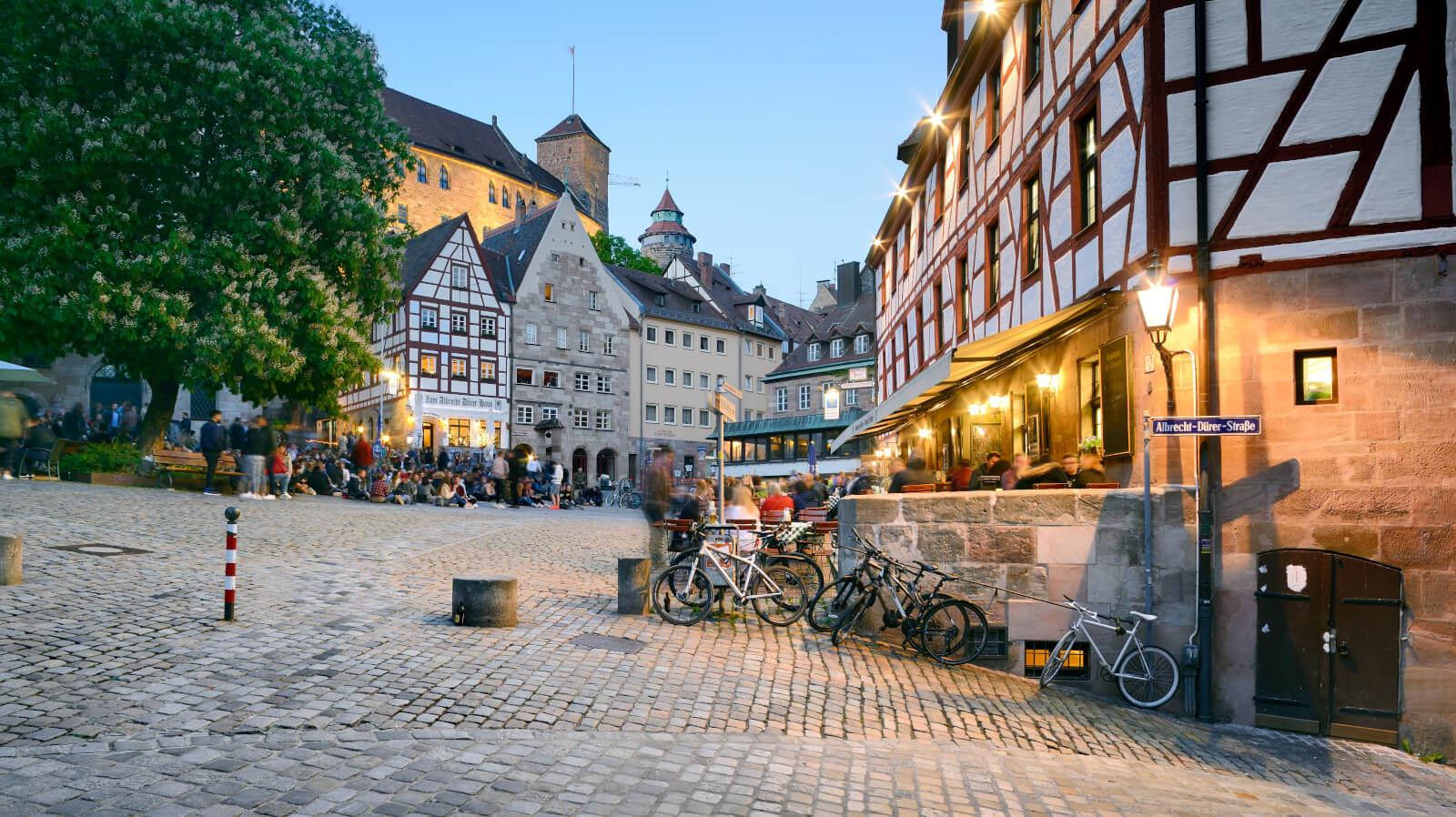