Go on a tour of the capital of Slovakia and fall in love with its charming landmarks, squares and statues as well as enjoying a walk along the Danube. 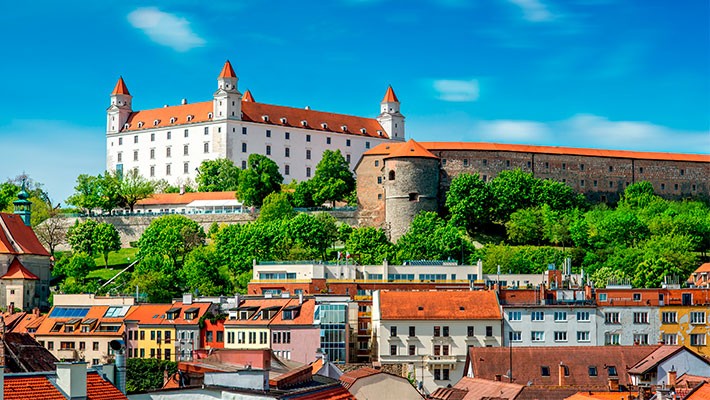 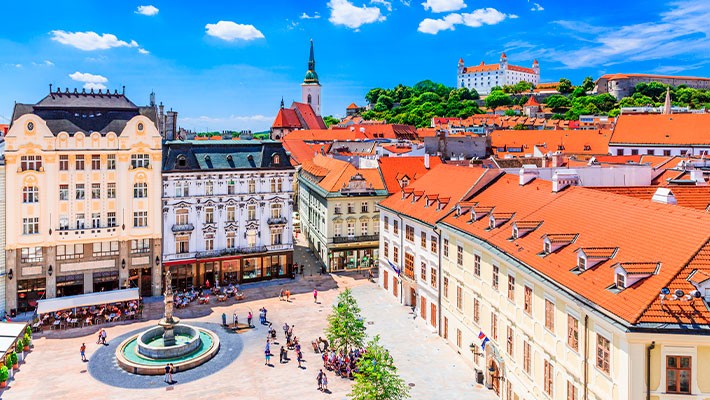 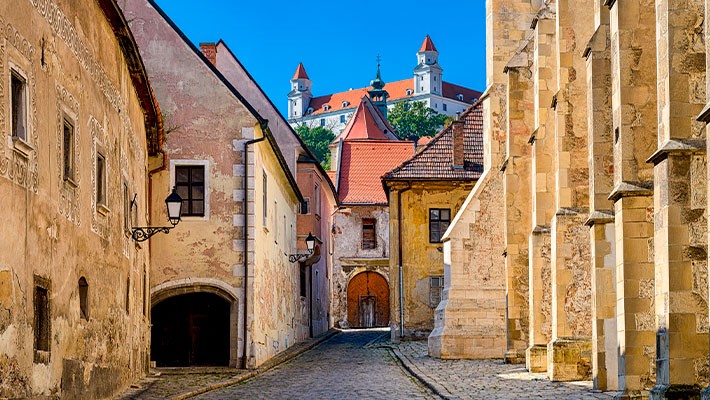 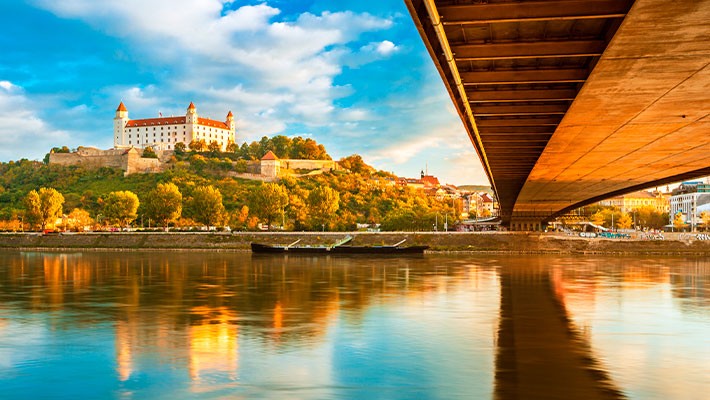 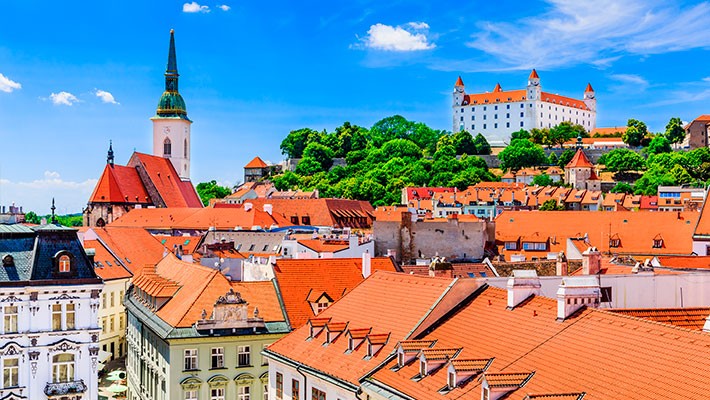 Our Bratislava Free Walking Tour invites you to discover the main must-see sights in the Slovakian capital and unveils the history hidden within its beautiful monuments.

Do you want to know what happens when you rub your head or nose on it? Another stop is the emblematic statue of the man greeting you dressed in top hat and tails in honor of an old neighbor who used to do so.

Once at the Main Square known as Hlavne Namestie, we will reveal its long history and be amazed by its numerous embassies and statues of Napoleonic soldiers.

Contemplate the Old Town Hall and admire the reconstruction of a bullet in its façade which the French soldiers embedded in its door during the bombardment of the city. Moreover, we will talk about the Kings of Hungary and the emperors crowned in Bratislava, in St. Martin´s Cathedral.

Next, we´ll stop off at St. Michael´s Square where we´ll find out about some of the most fascinating legends before heading off towards the Slovak National Uprising Square. To end, visit the Blue Church and Comenius University as you reach the banks of the river Danube, the backbone of Central Europe where our tour finally comes to an end.

Join us on our Bratislava Free Walking Tour and immerse yourself in its culture whilst contemplating the beauty and charm of one of the main cities in Central Europe. Are you going to miss out?

Time
You can check it on the calendar (on the right side) or on the Book button!
Outside guided visit
We will visit from outside all monuments and places of our tour description
Accessibility
The route is not suitable for people with reduced mobility. Anyway, you can enjoy the extensive array of activities that we offer!

Hviezdoslav square, next to the National Theatre.

How to book?
Limited tickets. Do not miss it! Choose the date on the calendar and fill in with your details to complete the booking. Immediate confirmation.
Planning an activity for more than 8 people?
You may also consider booking a private tour to get your own private guide. For further information here.
Do the tours run despite bad weather conditions and public holidays?
Affirmative! Otherwise we will contact you in advance to inform you about it.
Can I modify or cancel my booking?
Are you unable to attend our tour? Let us know to reschedule your booking.
Super safe route! COVID-19 efforts