Discover the picturesque district where the lights at nightfall and the intense red lights come together to reveal bit by bit all of its secrets. 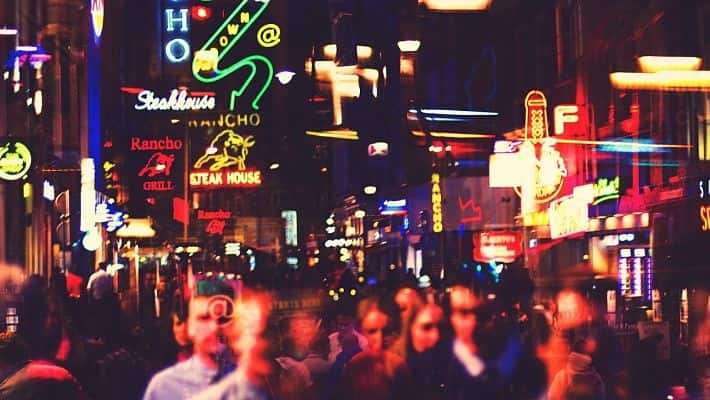 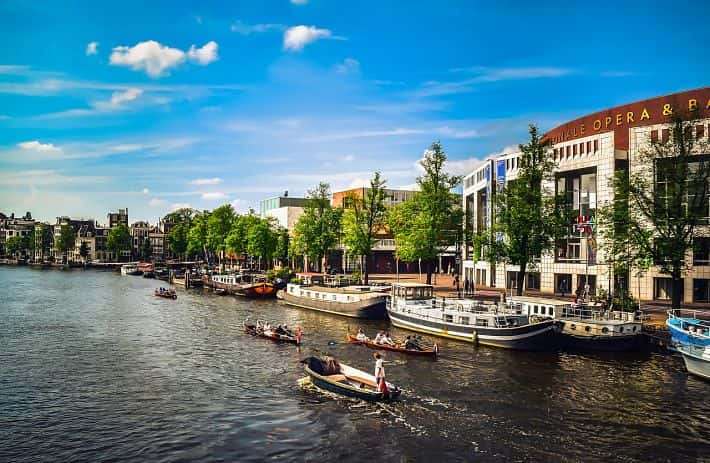 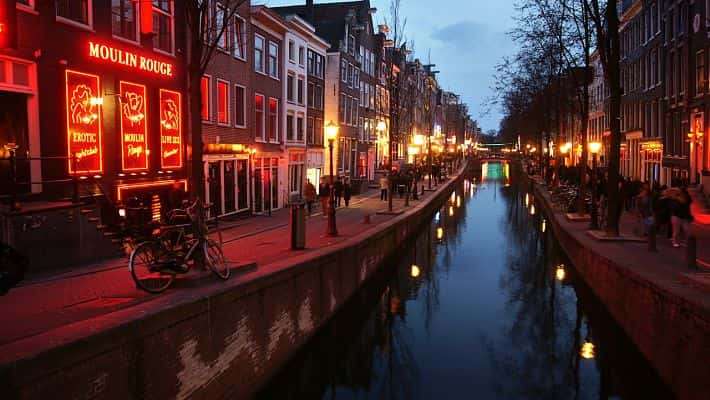 As night falls, the heart of Amsterdam begins to beat and the neon lights illuminate each centimeter of our Amsterdam Red Light District Tour. The most unique corner in the whole of Europe, where there are no taboos and no one has anything to hide.

It’s a labyrinth of narrow medieval streets and beautiful canals. These streets are a reflection of the tolerant and liberal attitude that exists in the Red Light District with a multitude of single-room cabins in which

prostitutes exhibit themselves and offer their services. Coffee shops can be found throughout buildings in and around the district, the only places where legally cannabis can be bought and consumed alongside a coffee and a chat.

Travel back to the past: The Oude Kerk Church stands as the oldest parish church in Amsterdam. Hear more about it as our English speaking guide explains the close relationship between this church, built in the XIV century and the seamen who docked here in the city. On the other hand, right in the heart of Amsterdam, at the Dam Square, we will see the Monument in remembrance of those who died during World War II. Discover these and many other places on our walk along the cobbled streets in the capital.

If you want to discover the secrets that the most well-known district in the Netherlands has, sign up to our Amsterdam Red Light District Tour.

At the door of the Tourist Information Centre VVV (Stationsplein 10, in front of the central train station).

Limited availability. Book as soon as possible to guarantee availability. Choose date and fill in the required fields.  You will immediately receive your booking confirmation.