Must-Visit attractions in Rome. An express trip to the Eternal City!

We´re already getting ready for our Italy and Rome getaway, somewhere we have always dreamt about. If you´re not going to be in the eternal city for very long, here you´ll find the main attractions allowing you to visit them from top to bottom. Rome is much loved by tourists so needless to say you will end up discovering thousands of tours of the city some of which are Free Tours. Here is the perfect guide to point you in the right direction of what to see in Rome, the ideal itinerary and the most fascinating facts on the Trevi Fountain, the Colosseum, the Vatican and much more. Are you ready to see Rome? Join us as we take off!

Step by step in Rome 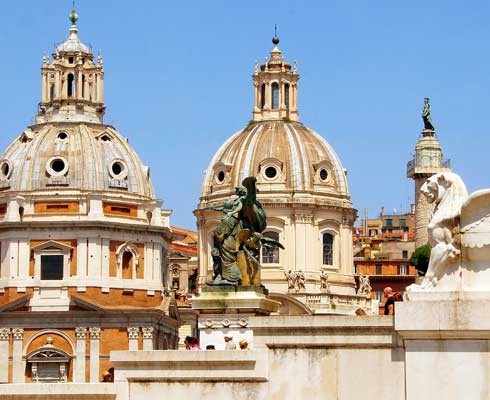 What places are there to visit in Rome?

We´re packing our suitcases and getting ready to explore the most famous and visited landmarks in the eternal city, the best-known spots in Rome are waiting to be discovered, monuments that have appeared in films, gladiator combats and fountains that fill the streets. A journey that will take you to ancient and present Rome. Have you packed? We´re ready to set off.

Gladiators in the Roman Colosseum

The first stop, the Roman Colosseum, one of Rome´s must-see sights. Right from the first minute the sand will leave you feeling amazed. A visit to the Colosseum is our priority. We will see for ourselves fights between gladiators and the Golden Age of the Roman Empire. Did you know that they even organized sea battles in its interior? It had a capacity of 50, 000 spectators per show and is one of the wonders of the modern world. A guided tour of the inside of the Colosseum is the best idea when it comes to feeling like another spectator. 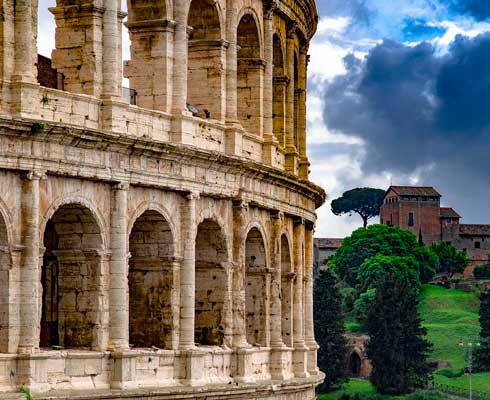 The ancient city, the Roman Forum

Next to the Colosseum you will come across the enormous Roman Forums, the authentic city and heart of Rome still remains in the capital where its citizens lived day after day. As you take a walk along its streets, it´ll make your hairs stand on end as you stop to admire old houses or churches in the eternal city, the enormous parks where the younger ones used to play or the elderly would go for a walk.
A visit to the Roman Forums is a genuine journey back in time to the days of the ancient Empire. Many tours include a great package that include three of the monuments that are within the area of the Colosseum. If you really want to explore this part of the city, this is the ideal option. 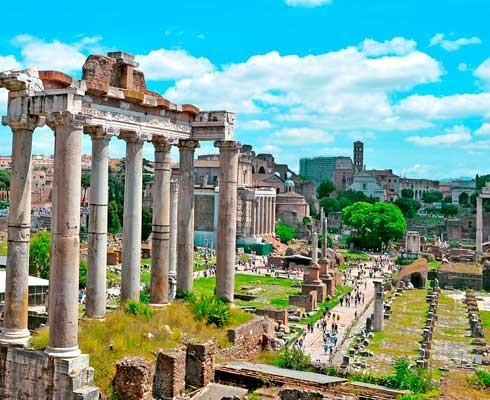 Make a wish at the Trevi Fountain

Welcome to the Trevi Fountain. You probably have already met each other right? Make your wish come true when you visit the Trevi Fountain and at the same time admire the most famous piece of work by Salvini which day after day draws thousands of visitors. Do you know what stories Zeus hides? The Trevi Fountain tells legends of the ocean, the sea horses represent the quiet sea and the storm. Besides, you will be able to make your wish come true and one day return to Rome as you throw a coin into the fountain. You have as many as 3 wishes! By day or by night, equally charming . 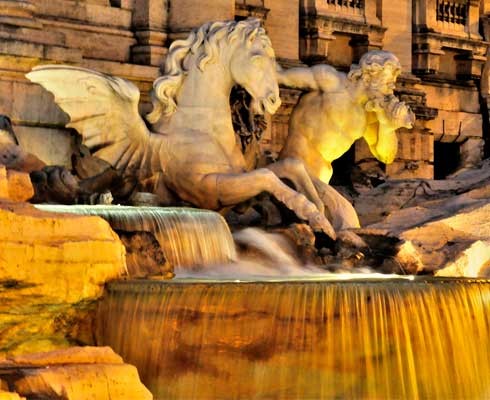 The three fountains of Piazza Navona

Once we have finished visiting ancient Rome, a square awaits us, one of the most vibrant squares in the city and one which undoubtedly is the most beautiful: Piazza Navona. A total of three fountains capture the essence of this city of musicians, painters and magic shows that fill the square with the sound of laughter and a great ambiance. As well as all of this, we will be able to contemplate one of the most impressive façades in the entire city.

The Fountain of the Four Rivers, in its interior we can find an obelisk measuring more than 16 metres and around it four monuments that represent the most important rivers of that time: the Danube, the Nile, the Ganges, the Rio de la Plata rivers. The Moro Fountain lies at the southern end of the square and symbolises an Ethiopian wrestling with a dolphin surrounded by Tritons, Lastly, the Fountain of Neptune which depicts an encounter involving Neptune and sea horses. 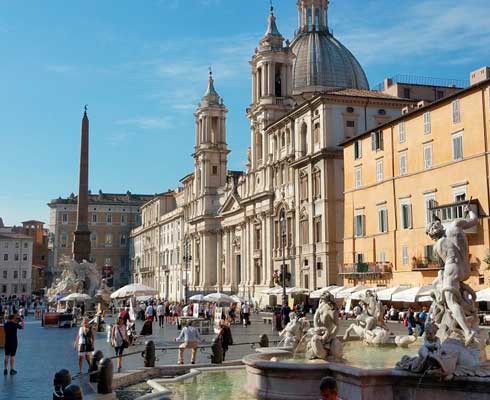 Welcome to the Vatican city, the heart of the Catholic Church, an impressive central square which has one of the most stunning panoramic views in the world of St. Peter´s Square. Did you know that the columns symbolize arms that embrace the pilgrims?
This is the work of Bernini, one of the most complicated because the Pope wished to extend the surroundings of the chapel whilst maintaining its symmetry and adapting the new square to the buildings around the Vatican city. The result is one of the most incredible areas of Rome, a must-see for anyone wishing to see the strength religion has in the city. The dome of St. Peter and its square are one of the main attractions on our visit of Rome but as we have only a short space of time we want to forget all about the long queues and waiting time needed to purchase our tickets. Here, we will not only be able to purchase our tickets but also a guided tour meaning we won´t miss a single thing. 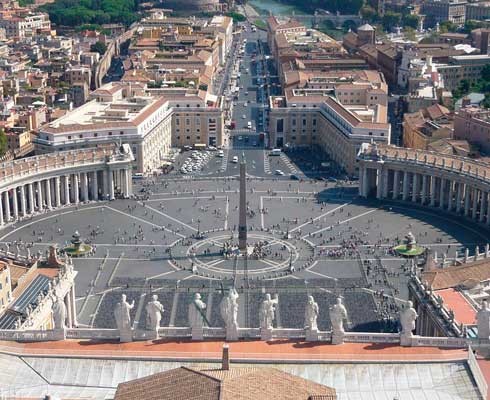 Once we have walked around St. Peter´s Square it is then time to enter the Basilica of St. Peter. Every day thousands of people flock to the Vatican city to visit the Basilica that hides monuments like the Pietá by Michelangelo, one of the most important pieces of work in Rome that he carved at the age of 24.
Other marvels await us in the Basilica like the impressive dome which has a diameter of 42 metres. Do you think that its size is just a matter of coincidence? Michelangelo made it just a metre smaller than the dome of the Pantheon in honour of this other Roman monument. Located just above St. Peter´s baldachin, lies the tomb and crypt of St. Peter. The apse of the Basilica of St. Peter is another key-feature on our visit of this Basilica. According to legend, in its interior you will find the first Chair belonging to the first Pope. Without a shadow of a doubt St. Peter´s Basilica and the entire Vatican city deserve a full day´s visit. 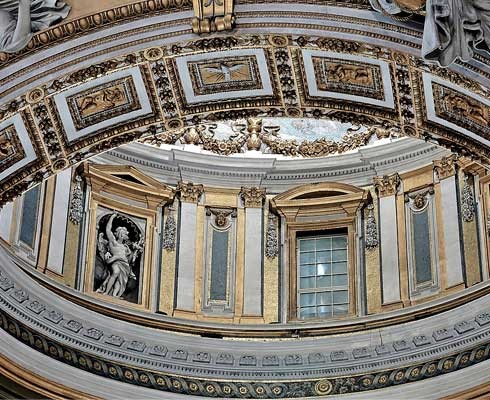 The Temple of the Gods, The Pantheon of Agrippa

Welcome to the Temple of the Gods, The Pantheon. Emperor Hadrian commissioned this amazing temple to be rebuilt, built in the heart of the city. It´s amazing to stumble across its columns in the middle of Rome. It´s one of the best preserved monuments of the eternal city, it is practically intact which is amazing if you think that it was built almost 2000 years ago. You can´t afford to go without experiencing what life on the square is like or how its glass dome illuminates the interior of one of the most beautiful temples in the world. 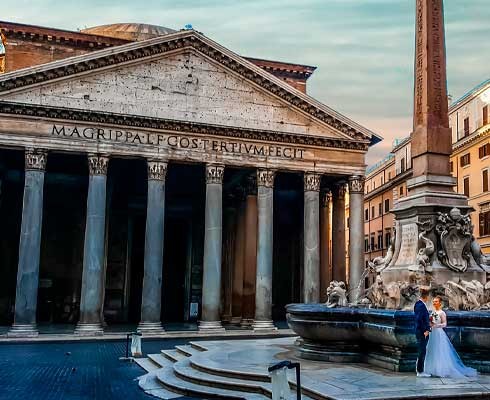 A moment for relaxation and shopping in Piazza Spagna

Our next stop is the square known for its flowers, Piazza Spagna. During the month of May this square is taken over by flowers that make it stand out in truly beautiful colours, there is a view point in the upper piazza and enormous steps where locals as well as tourists stop for a rest. At the foot of the steps lies one of the most charming fountains in Rome and surrounding the square we will come across some of the most amazing shops and boutiques in the city. The Piazza di Spagna is a trip to what is the Modern and colourful Rome. 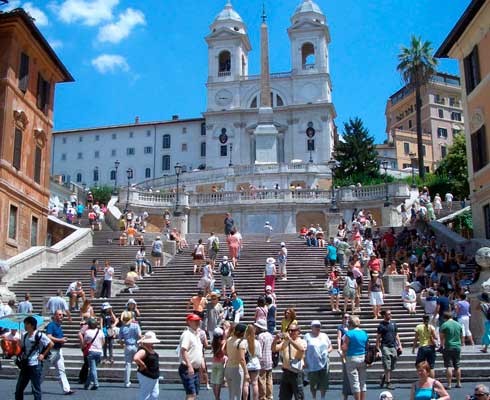 An aperitif in Trastevere

The most fun-filled neighbourhood, independent and an avant-garde area on the city await us just after the Tiber (from where its name originates). All tourists and citizens end up strolling along the cobblestones of Trastevere where we will be able to enjoy a typical Roman aperitif, visit the cathedral in Trastevere and get to know first-hand what life is like in the city. Trastevere is the ideal stop to end a day full of visits in the city, packed with music and a good atmosphere. Shall we have a bite to eat in Rome? 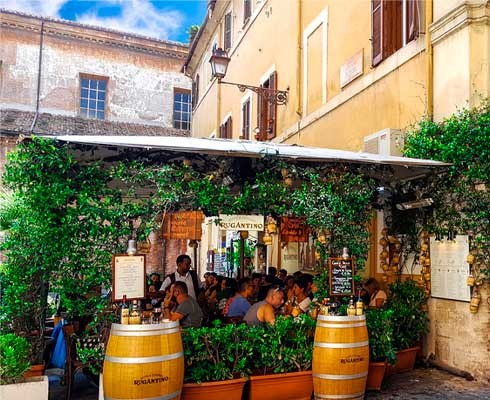 Church of St. Peter´s in Chains.

Church of St. Peter´s in Chains holds the real chains that tied the apostle. Pope Leon I ordered the church to be built to hold these chains, one of the gifts of the Empress Eudoxia and it has one of the most spectacular monuments of David by Michelangelo. Undoubtedly the city of Rome is known for holding a number of important churches but Church of St. Peters in Chains stands out among them all for its incredible façade and the sculpture of Moses that Michelangelo created. 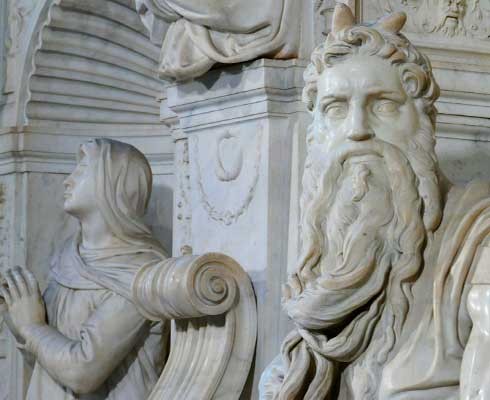 Beyond the walls of the city of Rome, the Castle of Sant´Angelo stood as the official defence of the city, today it is a museum that preserves all of its walls and weapons used to protect it from the Visigoths. It was one of the main residences of Emperor Aurelius and from it we are able to admire a truly incredible view of the Vatican and of the famous Angels Bridge. 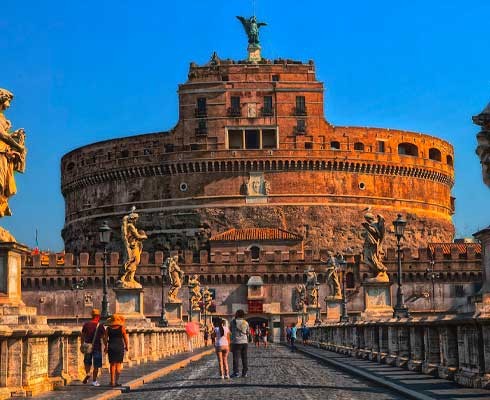 Where to stay In Rome?

When our team has traveled to Rome has chosen the following options: 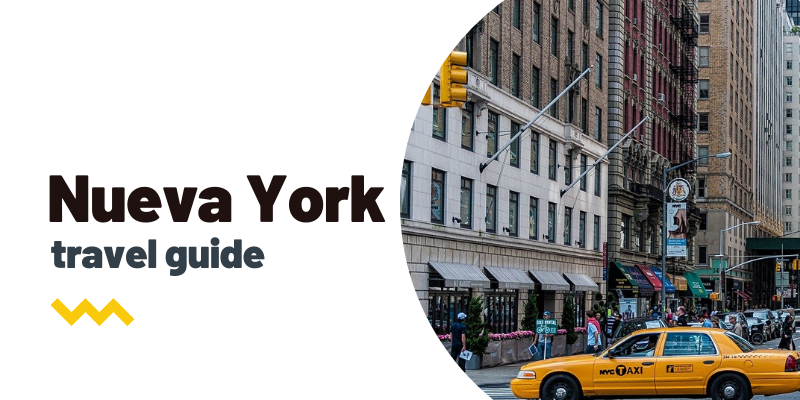 Travel guide: What to see and do in New York 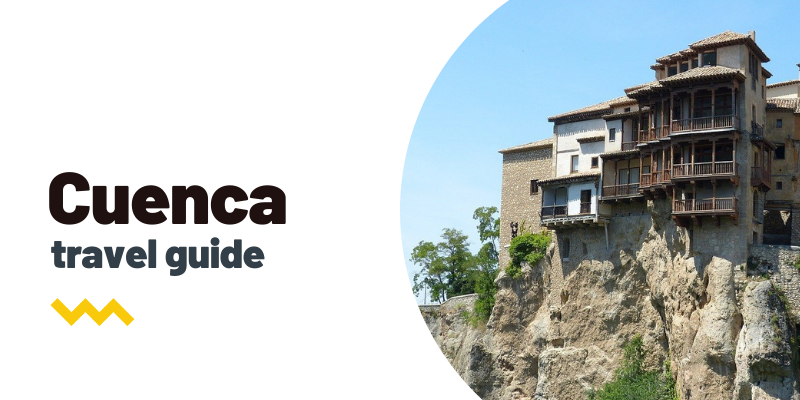 Travel guide: What to see and do in Cuenca 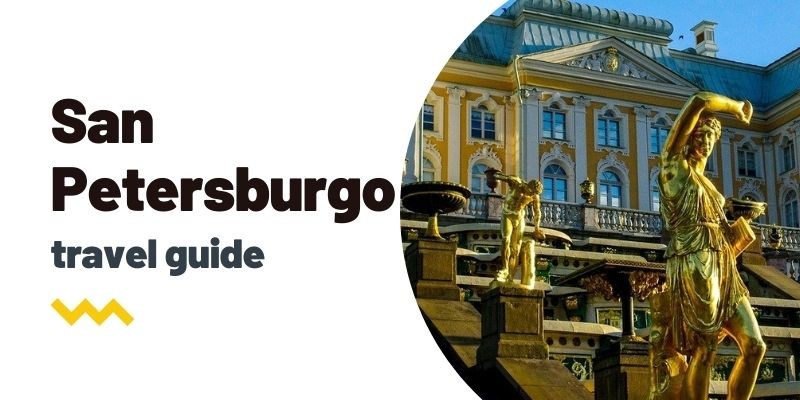 Travel guide: What to see and do in St. Petersburg 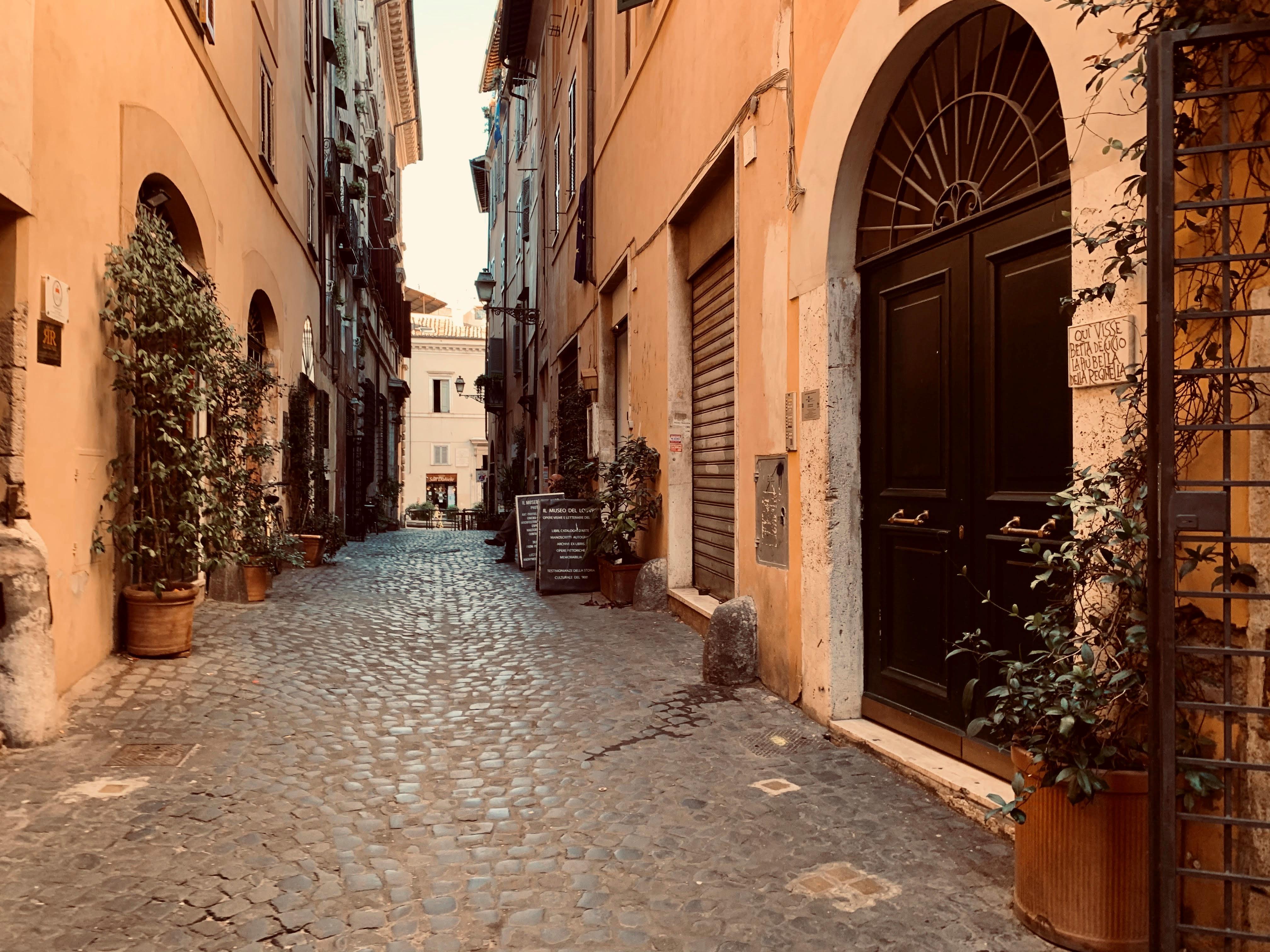 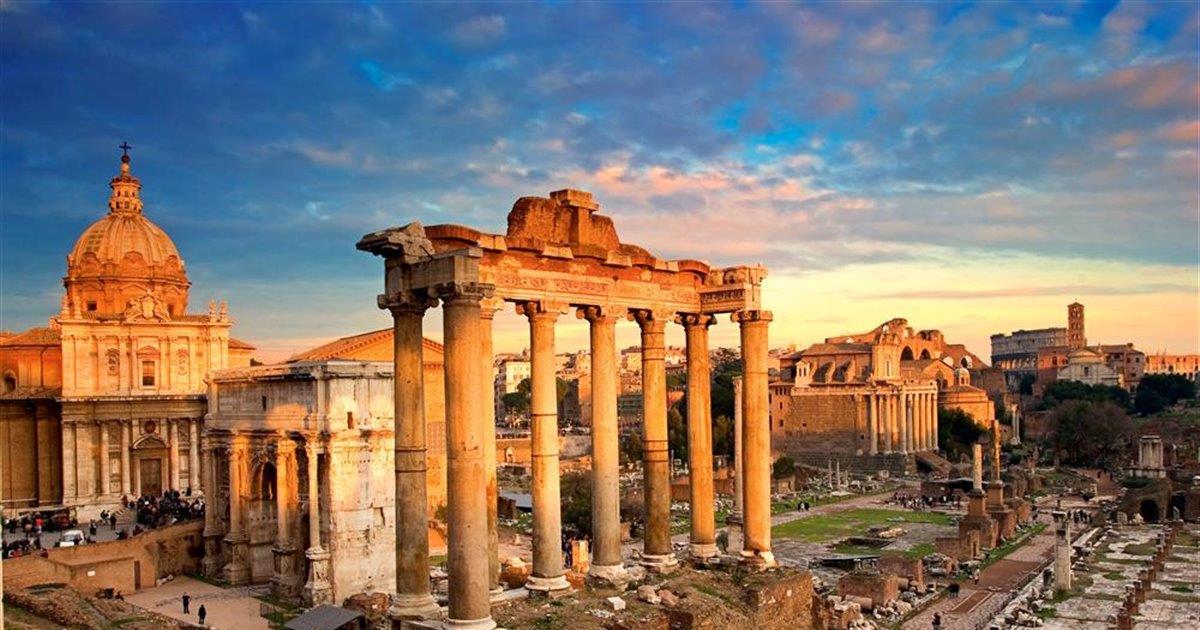 Tour for Rome with tickets 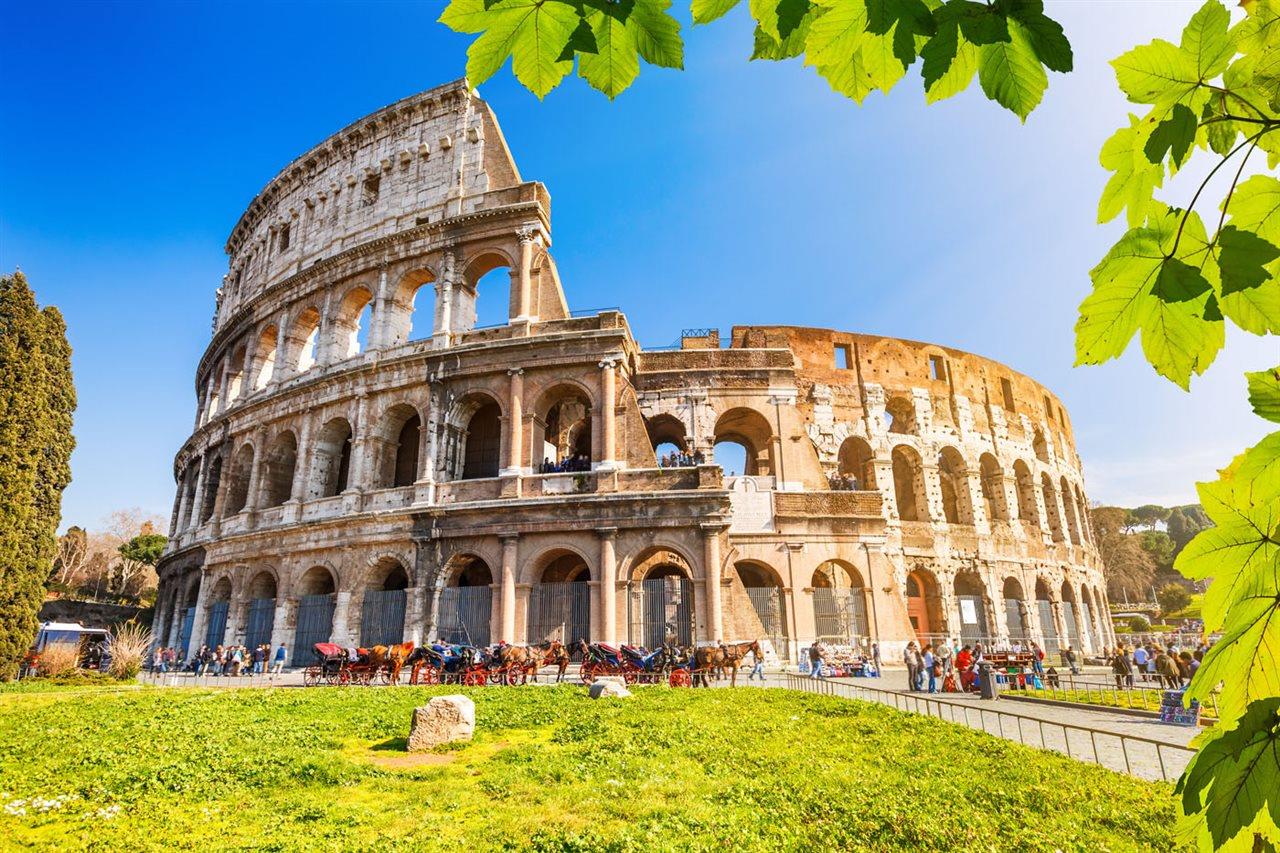 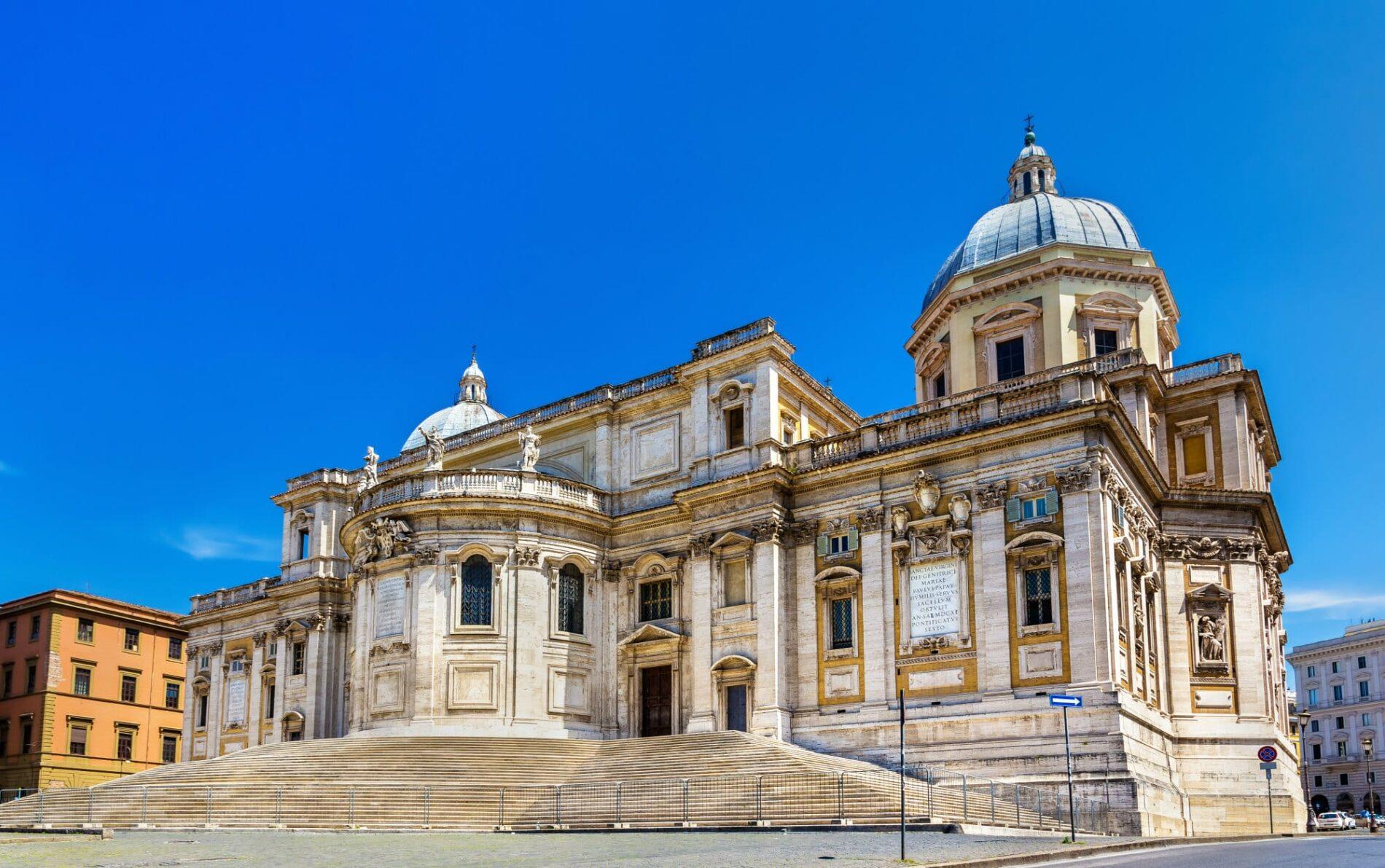 Catacombs and Basilicas Tour in Rome