We'll cross the Danube River to show you the most essential things to see in Buda and Pest. Ideal if you are coming for a short break and want to see as much as possible, in the shortest time possible, so you won't miss anything! We will start in chronological order in the oldest part of the city, where we will explore the origins of the Buda Hill and we will move forward in time until we reach the historical centre of Pest, where we will talk about the Austro-Hungarian Empire, the Second World War and the communist period. We will also give you all the tips that a newcomer to Budapest needs :) The best of Buda and Pest in one Free. Do it on the first day!

Things to do Free tour Buda+Pest. 2 cities, in 1 tour

We will be waiting for you at Clárk Ádam tér to start our adventure.

1- During the first half of the tour, we will focus on the oldest part of the city, the Buda Castle and the medieval city. We will unveil the mythological origins of Hungary, its first settlements and the evolution of the city into what it is today.

From the Matthias Church and the Fisherman's Bastion, we will enjoy the best views of the city and you will meet all the most important characters and the curious legends that surround them: princesses with strange manias, kings who disguise themselves, crows with rings...

We will tell you all the secrets hidden in the medieval walls of Buda and you will take the best photos of the whole trip. You will even have time for those with a sweet tooth to see the Ruswurm Bakery, the oldest and Sissi's favourite pastry shop.

What will we visit in Buda?

-House of the magician Houdini

2- The second half of the free tour will focus on Pest.

We will take a Soviet-era underground, which crosses under the Danube River, to reach the Parliament in a few minutes. There we will be delighted to tell you about the moment of the city's greatest splendour, when Budapest became the capital of the Austro-Hungarian Empire.

We will proceed to Freedom Square to learn about what happened after the fall of the Empire. In this square there are 2 striking and controversial monuments that will give us the opportunity to talk about Soviet Hungary, the Revolution of '56, as well as World War II and the Hungarian Nazi Arrow Cross Party. Budapest's more recent and darker history

Finally, we will head to St. Stephen's Basilica. Another of the key monuments and one that holds many curiosities in its interior... Footballers and relics! What a mix :)

What will we visit in Pest?

-Monument to the victims of World War II

-Sculptures of Ronald Reagan and Bush

-Sculpture of the Austro-Hungarian policeman

A journey through time from the origins to the present day, the most important sights of Buda+Pest in one free tour.

Highlights to see in Free tour Buda+Pest. 2 cities, in 1 tour

Look for the green or orange umbrella at the KM sculpture in Budapest.

How to book?
Limited availability. Book as soon as possible to guarantee availability. Choose date and fill in the required fields. Secure and protected payment. You will immediately receive your booking confirmation.
Super safe route! COVID-19 efforts
Our route takes the recommendations and key considerations of security and protection against Coronavirus.
Is the interior of the monuments visited?
Only the exterior of the named sites
Is the tour adapted for people with reduced mobility?
Not adapted
Guaranteed departures without min of travelers
Not
Are animals allowed?
Yes
Activity recommended for children?
Yes, families are welcome 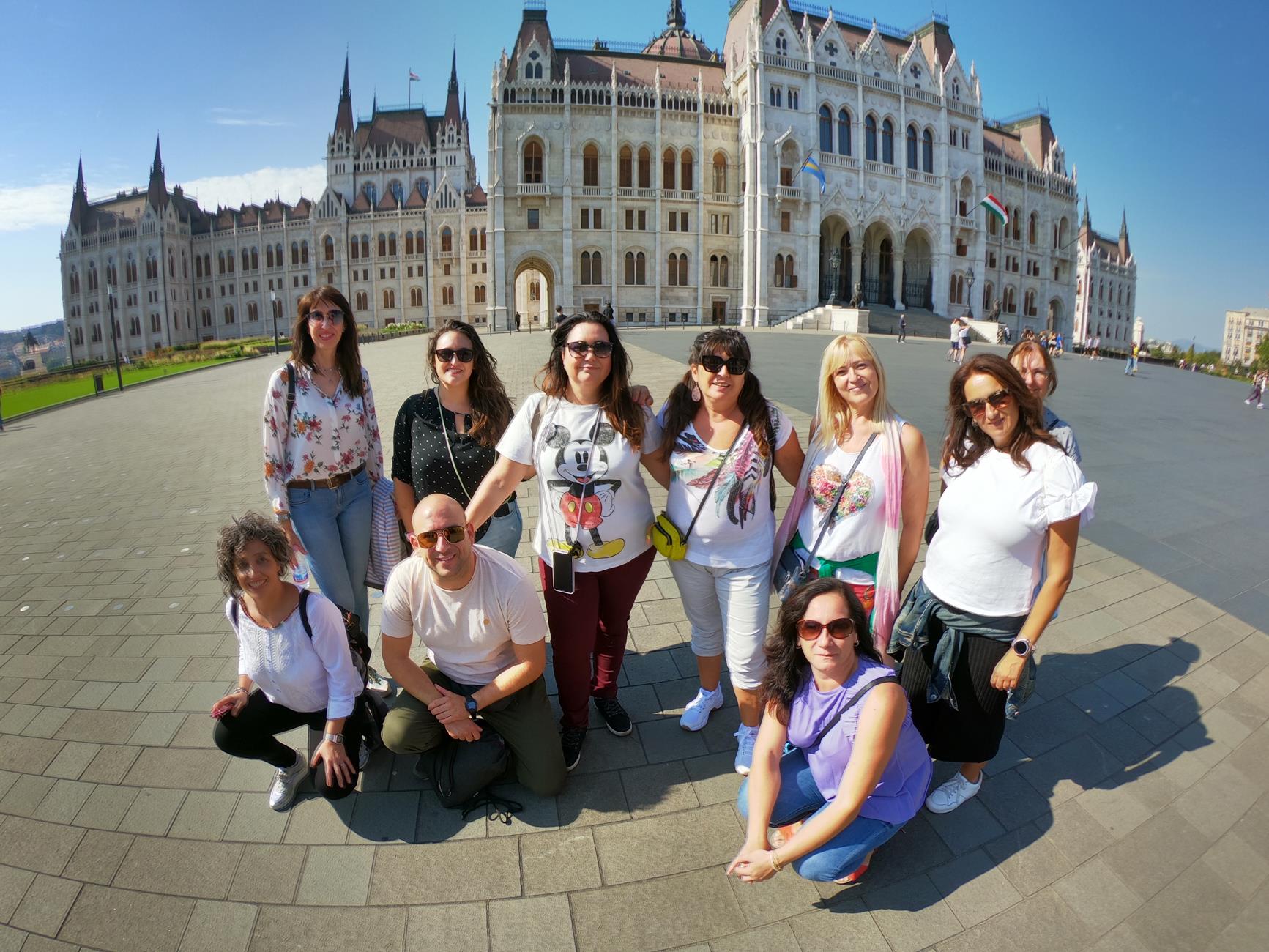