Would you like to relive the splendour, luxury and elegance that Russia? Come discover the stunning underground stations, don’t miss out the opportunity to admire such as jewels. 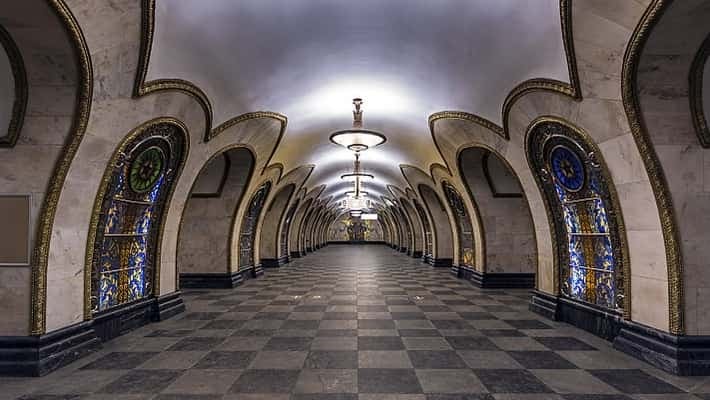 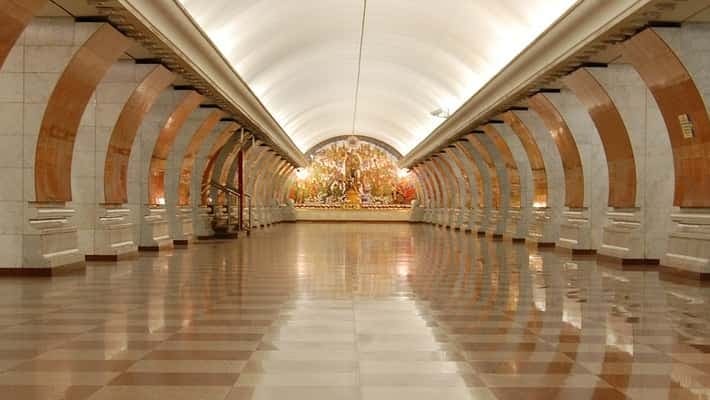 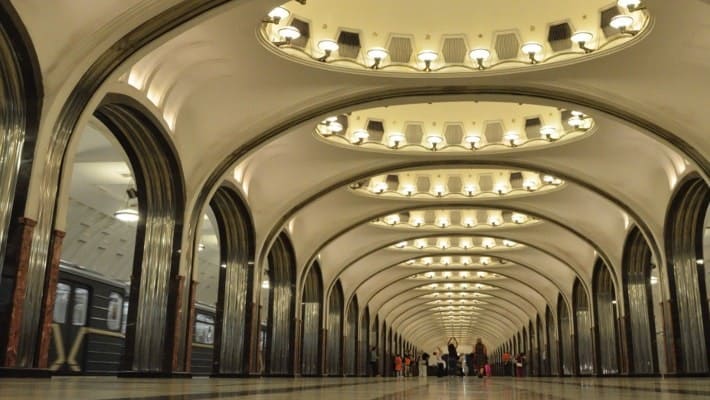 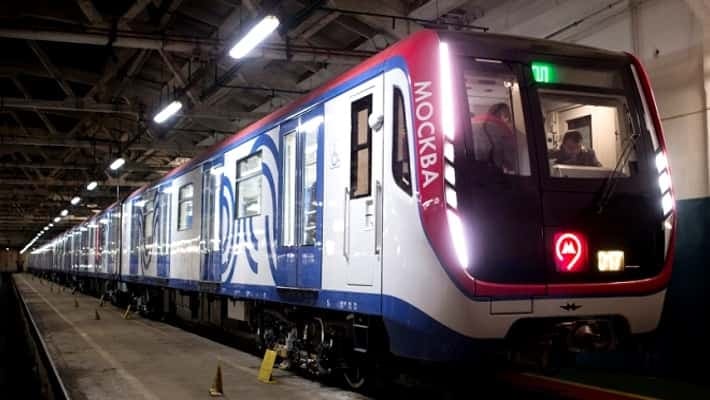 Join us and get impressed by this popular underground palace in the heart of Moscow, as never this luxury has been present in a metro station. Our Moscow Underground Free Walking Tour takes you to the most significant metro stations.

With the company of our English speaking guide, we will wander along the fountains of Bolshoi Theatre, where we will start this fascinating experience.

We will unfold the history and best-kept secrets hidden in Belorruskaya Station, in honour to Belarus, composed by precious tables of carved marble on the ceiling that represent the history of the country. This station is really famous thanks to its elegance and singularity.

Secondly, we will move towards Mayakovskaya Station, dedicated to the writer Vladimir Mayakovsky. This hosted Stalin during a hard bombing during the Second World War and it’s nowadays considered one of the most beautiful ones all over the world. Here, we will witness its Stalinist structure.

Subsequently, we will also explore the Novoslobodskaya Station, where predominate the Latvians influences together with the religious elements typical of cathedrals. In addition, we will visit the Kievskaya Station, which is composed by numerous mosaics that show the history and conflicts between Ukraine and Russia.

Finally, we will admire the Komsomolskaya Station, one of the largest and most impressive in the country, which reveals the amazing past of Russia and the leading role of Moscow. Also, our guide will unfold all the secrets and legends hidden between its tunnels.

If you want to relive and learn everything about the history of Russia, and admire the stunning and luxury jewels, book our Moscow Underground Free Walking Tour, an experience that will stay in your mind forever.

The Moscow Underground tour is not suitable for people with reduced mobility. Anyway, you can enjoy the extensive array of activities that we offer!

Church of the Epiphany (Exit 11 of Ploshad Revolutsii metro station)

How to book?
Limited availability. Book as soon as possible to guarantee availability. Choose date and fill in the required fields. You will immediately receive your booking confirmation.
When to book?
We accept reservations up to 12 hour prior to the beginning of the activity.
Planning an activity for more than 7 adults?
You may also consider booking a private tour to get your own private guide. For further information here.
Do the tours run despite bad weather conditions and public holidays?
Affirmative! Otherwise we will contact you in advance to inform you about it.
Can I modify or cancel my booking?
Are you unable to attend our tour? Let us know to reschedule your booking.
Important

Public Transport Ticket is required. We suggest you buy a Troyka card that can be filled and used to move around on buses and trams.