Indulge in the history and culture that characterize the city of Girona which can be felt everywhere you go. Stroll along its beautiful cobblestoned lanes and admire the hanging houses accompanied by the best guides around. 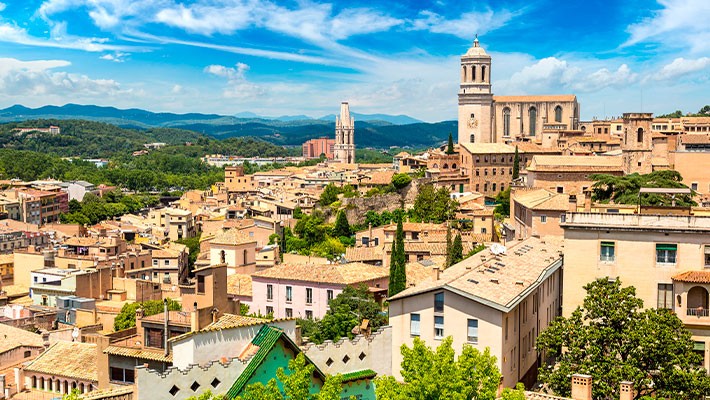 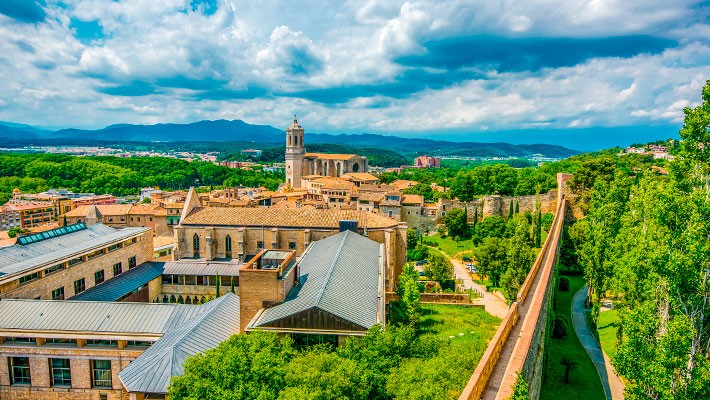 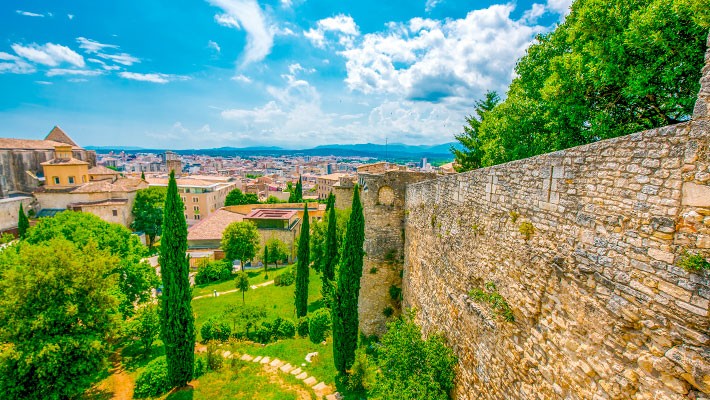 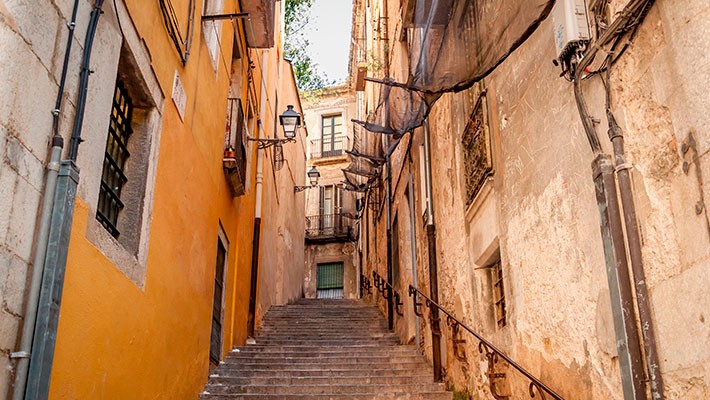 The itinerary runs through the heart of the Catalan city where you can admire the beauty of its monuments and city walls with our Free Tour Girona Medieval. Immerse yourself in its historic past and in its rich artistic and cultural heritage during a pleasant stroll through some of its most treasured spots.

Alongside our Spanish speaking guide, travel two thousand years back in time through the history of the old city. Our first meeting point will be Plaça Catalunya before heading off to see the Roman walls.

This mighty fortress was built in the first century BC by the Romans with the help of large stone ashlars to protect the first walled enclosure of the city. Today, some parts of the wall are still visible.

During medieval times, this walled precinct was extended with the use of Carolingian stones. Stand back and take in the best views over the city and walk past the different sections that remain visible in the walls. The wall was rebuilt in the 9th century BC with sandstone and covers about 2 km, it stands at a height of 60 metres in some sections.

Visit Els Jardins dels Alemanys, a space full of history where you can still see the old barracks that were the residence for German soldiers who arrived in the city in the 17th century. The Archaeological Walk at the Carolingian section of the wall features medieval towers, squares, gardens and lush vegetation.

Continue towards the Arab baths of Girona, built in the Romanesque style which dates back to the 11th century. These host different rooms among which we will find the vestibule and a central pool supported by slim columns with ornately decorated capitals. To end the tour, admire the Monastery of Sant Pere de Galligants (Monestir de Sant Pere de Galligants) which currently houses the archaeological Museum of Catalonia. If you want to enjoy a wonderful experience which takes you through the history and art of the Catalan city and go on a stroll along its impressive walls then don’t hesitate and book a place on this Free Tour Girona Medieval.

Duration
1 hour 30 minutes
Language
Spanish speaking guide
Rates
Free tour
Time
You can check it on the calendar (on the right side) or on the Book button!
Outside guided visit
We will visit from outside all monuments and places of our tour description
Accessibility
The route is not suitable for people with reduced mobility. Anyway, you can enjoy the extensive array of activities that we offer!

How to book?
Limited tickets. Do not miss it! Choose the date on the calendar and fill in with your details to complete the booking. Immediate confirmation.
Planning an activity for more than 6 people?
You may also consider booking a private tour to get your own private guide. For further information here.
Do the tours run despite bad weather conditions and public holidays?
Affirmative! Otherwise we will contact you in advance to inform you about it.
Can I modify or cancel my booking?
Are you unable to attend our tour? Let us know to reschedule your booking.
Super safe route! COVID-19 efforts