Discover how Hitler achieved the power, how the Third Reich was for Berlin and how it is still present in the memory of Germany. 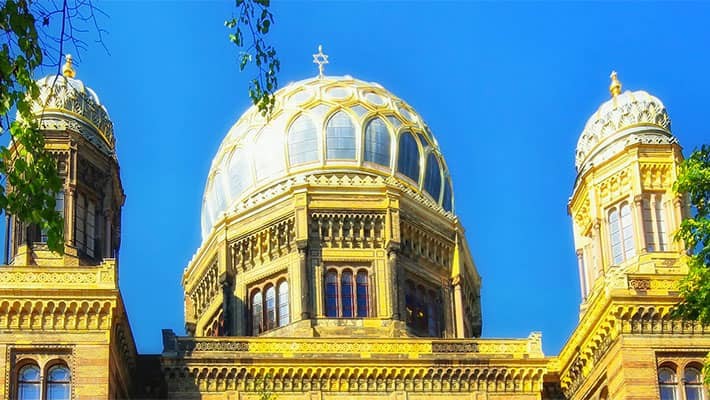 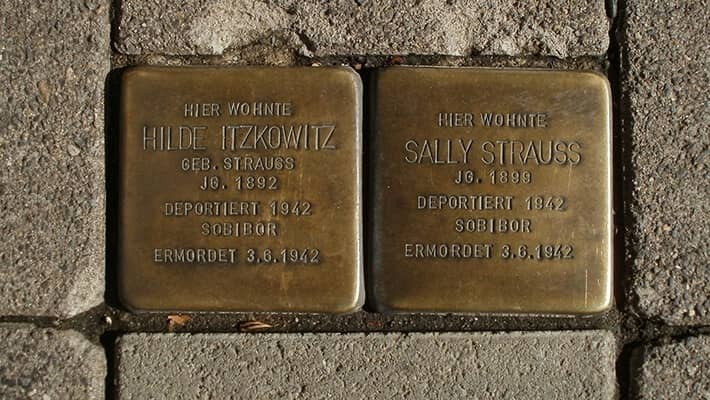 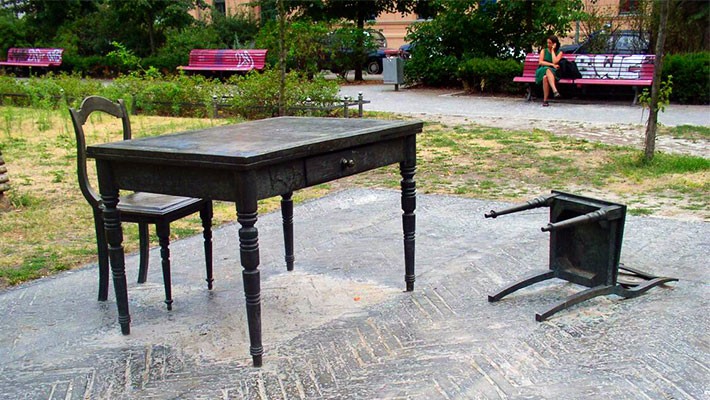 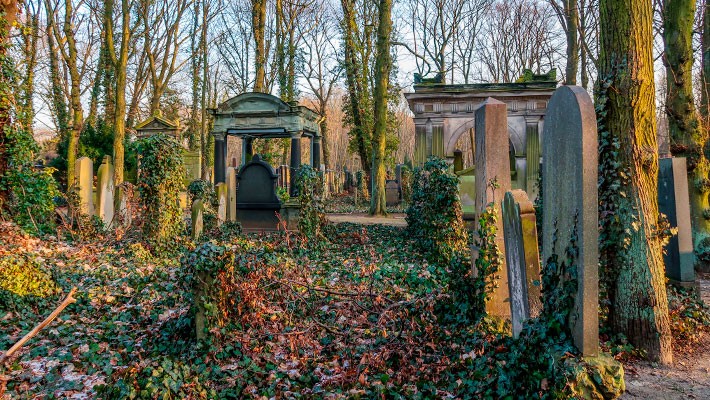 What type of relationship has there been between Jews and Germans throughout history? What are the Stumbling Stones? How exactly did Hitler rise to power? What happened on the Night of Broken Glass? Find out the answers to these and many other questions on our Third Reich Free Walking Tour.

The tour begins in Hackesche Höfe, right in the heart of the German´s capital Jewish Quarter. Explore the most charming courtyards in the company of our Spanish speaking guide who will be more than happy to reveal its historical significance and cultural relevance. Walk past the memorial known as the Deserted Room and Clärchens Ballhaus, the oldest ballroom in the city.

Discover the harsh political and material conditions of post-war Germany and how Hitler rose to power. Stand back and contemplate the Heckmann Höfe, other courtyards whose emblematic history will help us understand just how crafty and cruel the institution of Racial Laws was and its extreme consequences.

Visit Berlin´s New Synagogue, rebuilt after the fire of the tragic Night of Broken Glass: and the Sophienkirche, a Protestant church and a true war survivor. We will come across signs of the impact of the Nazi regime and World War II on the street known as “street of tolerance” as well as Stolpersteine (“stumbling stones”) where we will stop to honor the memory of those killed during the Holocaust.

The Old Chancellery and the famous Bunker will help us understand the history of the Jews and their relationship with the German people, which eventually has had support from current cultural policies of Germany.

Lastly, we will bid farewell to our Third Reich Free Walking Tour next to the remains of the Old Jewish Cemetery in Grosse Hamburger Strasse, the site where the last remaining victims were gathered before being deported onward to the close by concentration camp.

Duration
2 hours 30 minutes
Language
Spanish speaking guide
Rates
Free Tour
Time
3:30 PM
Availability
Every day.
Outside guided visit
We will visit from outside all monuments and places of our tour description

At the Starbucks in Hackescher Markt.

Groups of 6 adults or more are subject to a €8 per adult charge. The maximum allowed is 3 children per adult. Separate group bookings and / or made to different names will not be allowed. You must pay the amount per adult, book a private route or leave the tour.